Over the last few weeks the lower River Ayr has looked more like a glacier than a river. On the 11th December a thaw in the cold weather resulted in a small rise in the river level. This was enough to carry a lot of the ice which had built up in the river downstream, but not enough to break the ice in the pool opposite the new University building at Craigie. An ice jam formed upstream of this point backing up as far upstream as Overmills Weir. 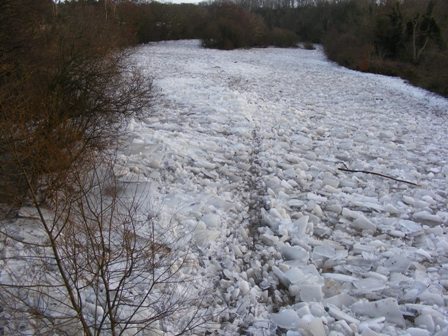 View upstream from A77 bridge

The water level rose by over 6′ due to the ice slowing down the water flow. This sight caused traffic chaos as drivers slowed in amazement.

The ice jam was over one mile long and was quite a sight. 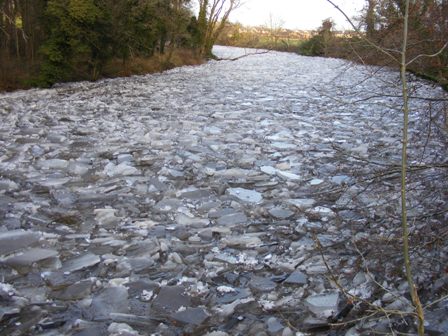 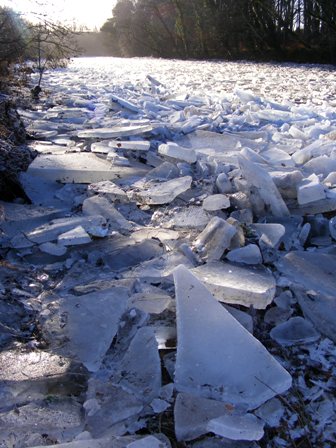 Following the initial thaw the frost set in again freezing the ice jam solid. At Christmas the next thaw carried even more ice downstream and this time the ice backed up almost to Oswald Bridge at Auchincruive. 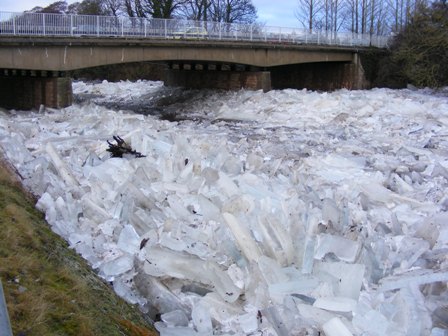 By this time the ice had become quite a tourist attraction with hundreds of people using the riverside path to see the sight for themselves. 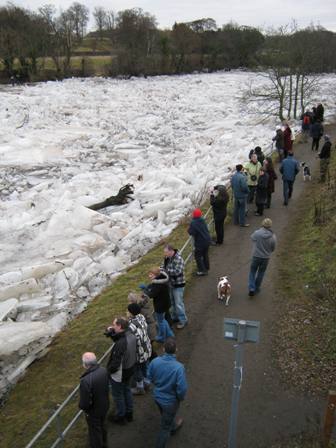 A build up of ice like this is very rare, a once in a lifetime occurance, caused in this case by the long cold spell with a lack of snow. If we had a lot of snow the intial thaw would have been accompanied by a big spate in the river which would have taken all the ice out to sea.

How long will it last? Well that depends on the weather but a return to frost now will consolidate the ice even further.

What are the consequences? Hard to say, there will be some damage to the banks and trees etc but that will soon heal. There is however a significant risk of flooding in the event of heavy rainfall as the capacity of the river channel is currently severely reduced. The Trust has discussed this with SEPA.