Death of a dam

Ayrshire’s rivers are not short of old weirs and the like. In many cases the mill and lades have either been redeveloped or little trace remains of their whereabouts, but a legacy of old weirs remain.Without maintenance these weirs eventually crumble.

Over the course of the last few months Doonholm Dam has began to collapse. In February a breach in the crest appeared, big enough to take almost the entire river flow. 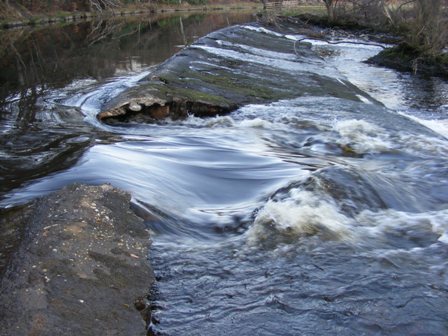 30' breach on the crest of the dam

The hole quickly enlarged and rapidly eroded the loose dam infill. By mid April the water level in the pool above had dropped by almost 2′. 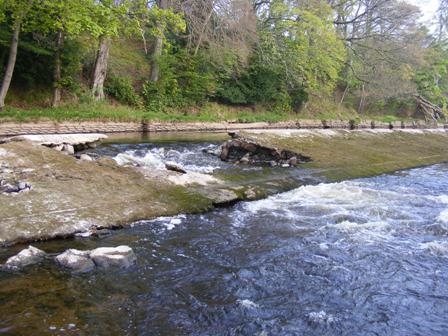 Entire river now flows under the base of the weir

The gravel that had been deposited upstream of the dam has started to erode. 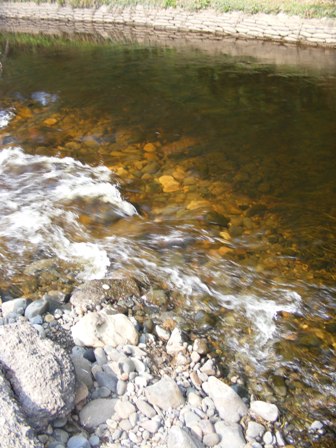 This nick point will gradually erode upstream but there is a huge quantity of gravel upstream of the dam so the water level in the pool above the dam is likely to remain stable in the medium term.

What are the implications of the collapse of the dam? Well certainly the characteristics of the popular fishing pool above the dam has changed;  it is shallower with more flow at the top end. This was always a productive pool so it will be interesting to see how it fishes in the future. There are no problems with fish passage as the breach is ideal for fast swimming fish such as salmon and trout. Eels will be able to get up by utilising the slower water at the margins.

Canoeists formerly used the fish pass as a flume, but at the moment the only way past the dam is to carry your canoe over the top.  When the intact lower part of the weir collapses it will be good for canoeing again.

Ultimately the river is reverting back to a more natural, and arguably a more desirable, state.