On thursday and friday of this week, we finally received our consignment of captive bred water voles destined for the Darley and Slaphouse Burns. A total of 144 water voles were delivered to ART by Jay Humphries who transported them from Derek Gow’s  breeding facility in Devon. Jay needed a cup of coffee on arrival but after that, worked tirelessly until 8.30pm on thursday evening to help ART staff and volunteers re-home almost all of the animals. 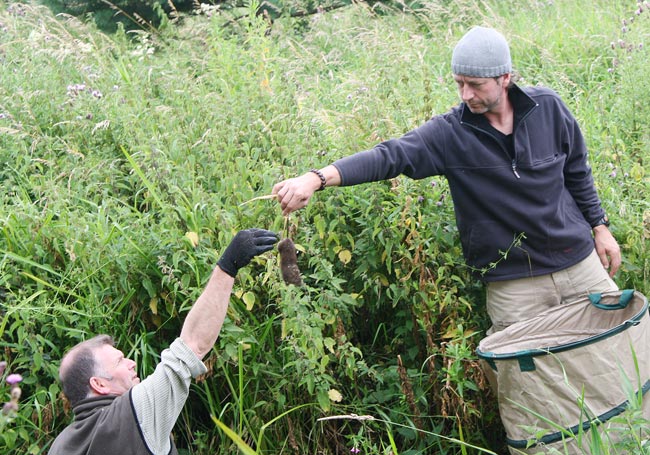 Jay handing over a water vole for release

On friday morning we held a photo call for the press which disappointingly was poorly attended given the height of media interest in water vole conservation across the country. Despite this minor let down, we completed the stocking shortly afterwards with a great sense of achievement and relief. Jay set off for the long haul home to Worcester at 2.00pm and we are much indebted for his assistance. Our thanks go to everyone who has assisted over the last couple of years but especially to the volunteers who helped with trapping in 2010 and those involved in the release this week. 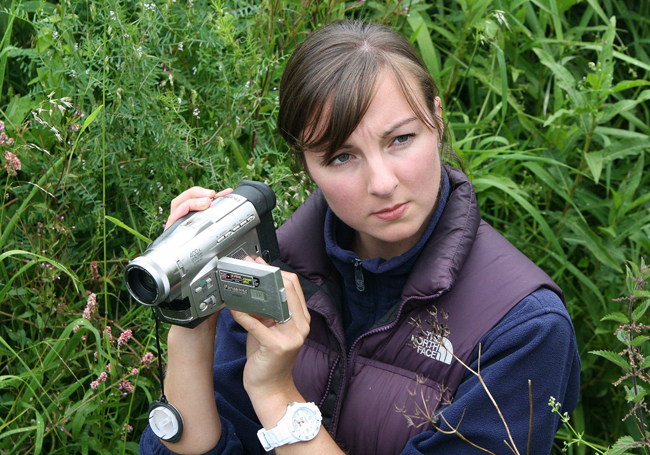 Gillian getting in on the action 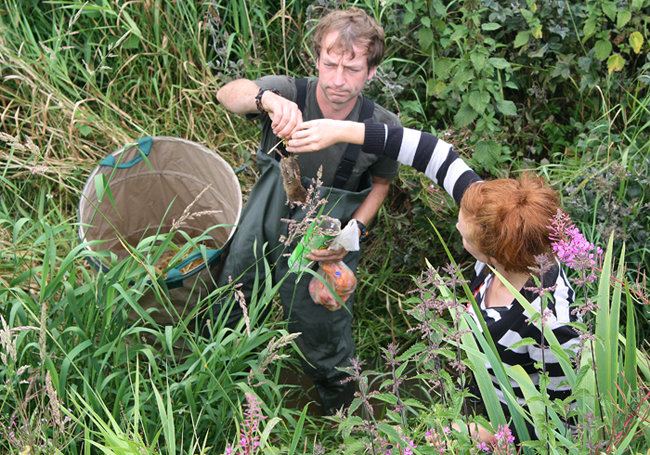 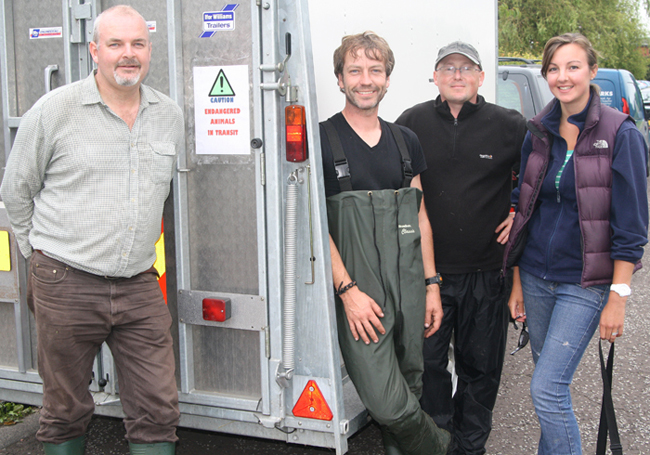 Endanger Animals... (in transit). Some of the team that worked late on Thursday

It has taken 3 years of hard work to bring this release to fruition and the project morphed from one of conservation to re introduction after water voles were lost in 2008. With this new stock of animals now resident in lowland Ayrshire, we have to hope that with our ongoing monitoring and mink control, water voles will thrive and increase in numbers as they spread throughout these two catchments. Further details of the project and its progress are available on ART’s web site under the projects button.

Perhaps the greatest satisfaction came at the end of the second day when a large captive bred adult vole finally got a chance to swim for the first time in its life. This big fella may have produced many youngsters in its short life but it had never had more than shallow tray of water to swim in. He took to it like a duck to water! 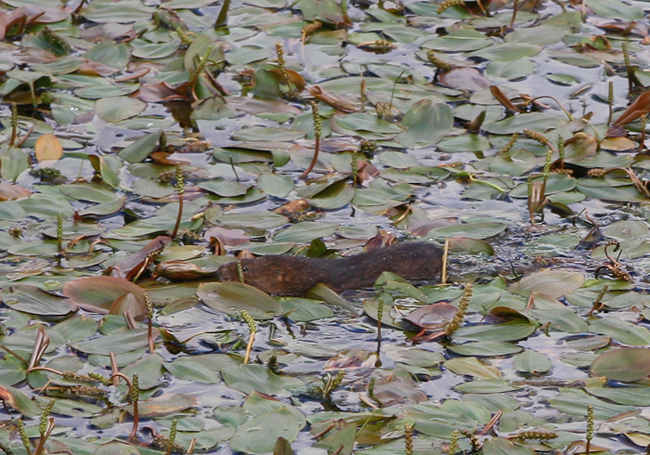 Taking its first ever swim

We will continue to monitor and control mink on these burns so if anyone wishes to offer assistance please get in touch with ART’s staff.