Further to Brian’s post, I thought I’d add some photos of trout caught on two small burns near the source of the River Ayr last week.

The first two are from the same burn but different locations and they couldn’t be more different in appearance. The golden parr was the only fish caught at the survey site in the upper reaches where the burn was less than 0.5m wide on average. There were a couple of culverts that prevent migration in an up-stream direction which may explain the low number. The second trout was caught down-stream about 1km but was one of over 100 fry and parr caught at the same site. Until fairly recently this site was accessible but access is now also restricted by a culvert. Both populations are vulnerable due to the modifications. 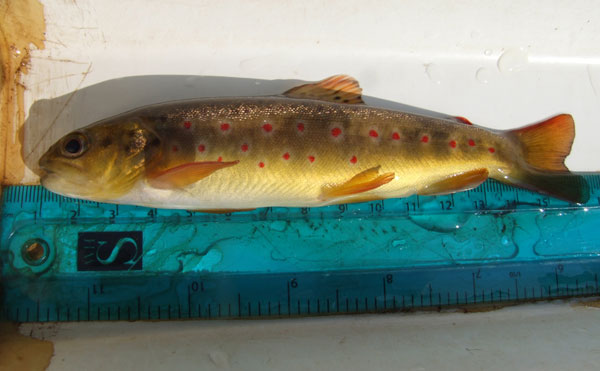 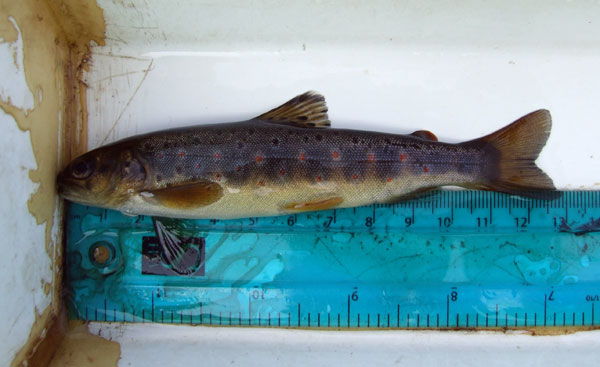 The following trout came from another tributary that has less than 100 m of accessible habitat but this time it is largely due to natural obstacles. Both burns are linked. At this site we caught 255 trout from a short stretch of burn, much of which was less than 1m wide. These trout were in great condition. 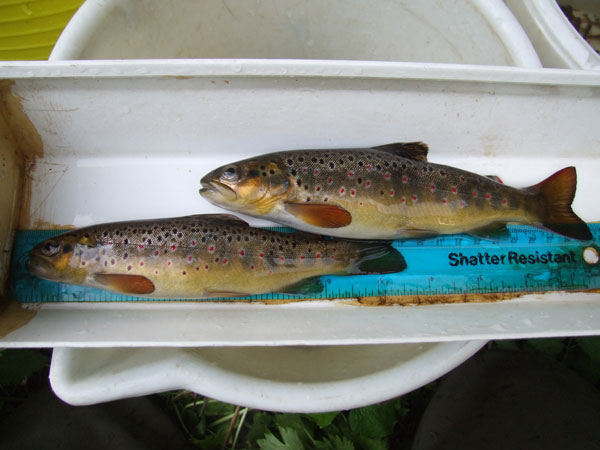 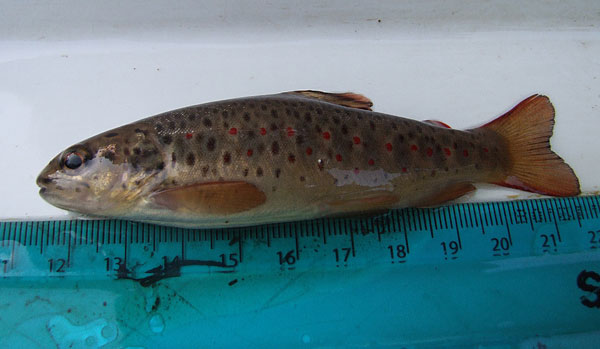 I’m always fascinated by the spot and colour variations that occurs in trout even within the same burn. It would be very interesting to see some genetic analysis of these populations but sadly that isn’t an option at the moment.