The Ponesk Burn in Winter

At this time of the year when water levels drop and the temperatures plunge, we usually head to the upper catchments to watch and assess the spawning activity of salmon on the redds. This year we are particularly interested in observing activity on the Ponesk Burn which we have featured on these pages several times this year. The burn has been diverted to allow Scottish Coal to extract reserves from below the old channel.  A new river valley was created and once the burn was diverted, the artificial channel improved rapidly. 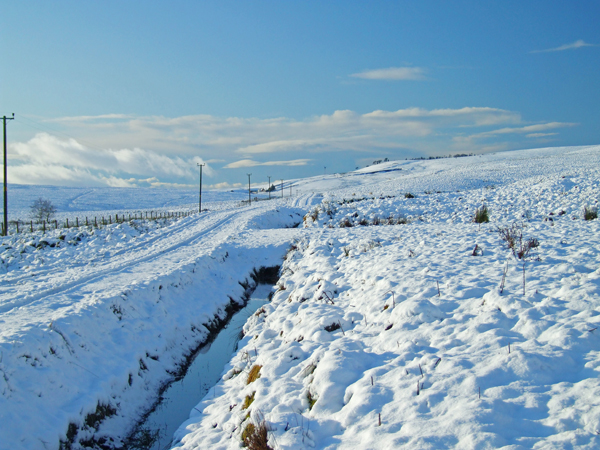 Rather than risk getting stuck, we left the van at the road end and walked a mile or so into the Ponesk.

The Ponesk in this area was inaccessible to migrating salmon until the burn was diverted. This is a high quality habitat that is free of pollution and has endless supply of suitable gravel for spawning. 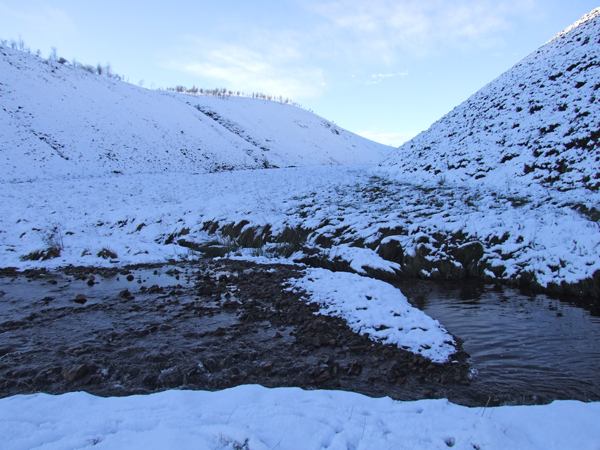 Despite our best efforts we failed to see any signs of spawing activity. Surprisingly we never saw a salmon anywhere along the mile or so of burn that was walked and I’m certain we didn’t miss them. They just weren’t there. We didn’t quite reach the top of the new channel but with the temperature plunging as the sun dipped behind the bank tops we decided to head back rather than continue to the coal site.

We headed back to the van and nipped along the road to the Stottencleugh Burn at Glenbuck. During the survey season, Struan and I had found a tributary site off the Stottencleugh where trout numbers were over 430 per 100 sq mtrs (superb by anyone’s standards). I wanted to check for signs of trout spawning and hoped there may still be a few good trout still lurking in the burn. No trout but the gravels had all been recently disturbed. In fact, it was difficult to pick out individual redds. Presumably quite a few fish migrate from Glenbuck Loch to spawn in this area.

The Stottencleugh itself appeared in poor condition by comparison to all the surrounding tributaries. The stream bed was coated in iron deposits and the water was opaque. I didn’t have a meter with me to check conductivity or oxygen levels but from past experience we know that groundwater overflowing from historic deep mines and pumped from opencast mining affects conductivity and may be having an impact on this burn. Some previous levels are amongst the highest recorded anywhere in Ayrshire. Conductivity is influenced by dissolved salts and minerals in the water. How high conductivity may impact on egg survival will be a focus of ART’s research over the next few months.

The Stottencleugh in the Upper River Ayr catchment. What impact the water quality of this burn has on salmonid egg survival downstream is unclear. 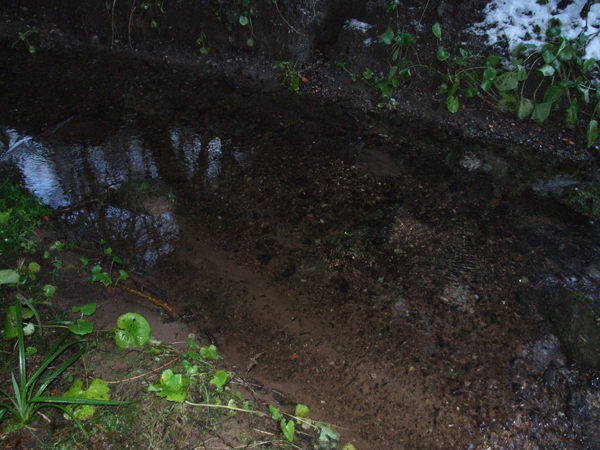 We also had a quick look at the Upper Greenock but again failed to see any fish. Maybe we are too early this year. I’ll keep an eye on things over the next week or so and update through the blog if necessary.

Brian will no doubt add some photos and comments from the modified section of the Ponesk when he has time.