Pollution on the Ayr and Lugar last weekend.

Unfortunately we have been a bit too busy to update the blog daily of recent but at least I can now. Following last weeks hard frost, I decided to have a crack at the Grayling on the Ayr last Sunday. It had rained hard on Saturday afternoon onto frozen ground but although the river was up a bit I thought it would be worth a cast or two. I gave the morning a miss to allow the water to drop back further. When I arrived at the river around 2.00pm, the water had dropped back to a fishable height but was so coloured fishing wasn’t possible. It was a dirty ochre colour so I headed upstream to investigate the source(s). 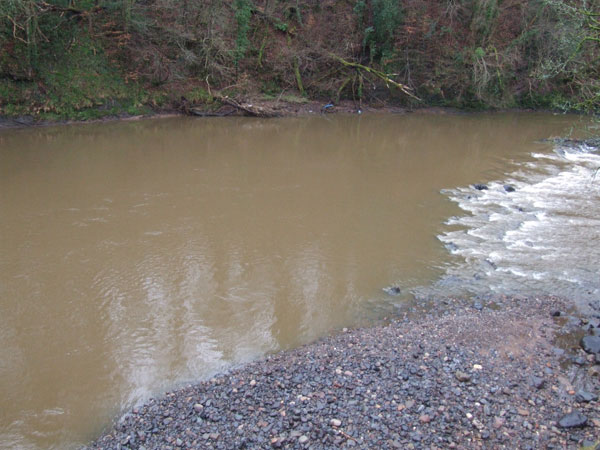 The Ayr upstream of the Lugar confluence was only slightly discoloured after the rain so by deduction most of the pollution was coming down the Lugar. I headed across the Haugh Bridge and cross country to Ochiltree. Many fields were covered with Slurry, obviously spread during the preceding few days of frost. The heavy rain on Saturday afternoon had flushed slurry straight into the burns and river. Despite Controlled Activity Regulations prohibiting the spreading of slurry when the ground is frozen, this remains a significant issue across Ayrshire.

Continuing on to Ochiltree, the Burnock was running clear but the Lugar was still discoloured although now more greyish in colour. Further upstream, the Stamley and Watson Burn were running clear. The Ward/Back Burn, Polcaulk and the Rose Burn were all greyish, some worse than others. In Cumnock where the Glaisnock meets the Lugar the main river was clear upstream of the confluence. Downstream however, the entire river was turbid due to the mixing of these two streams. 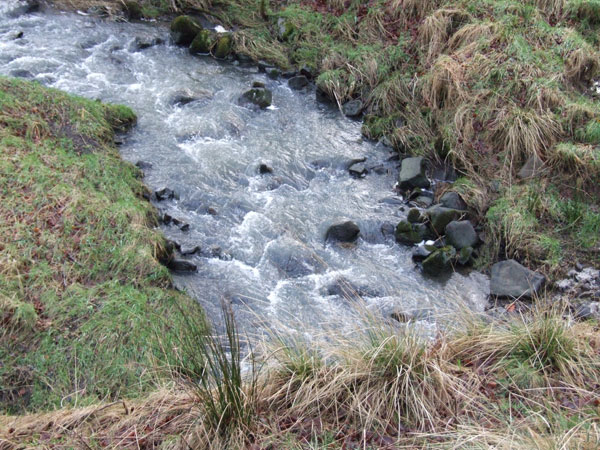 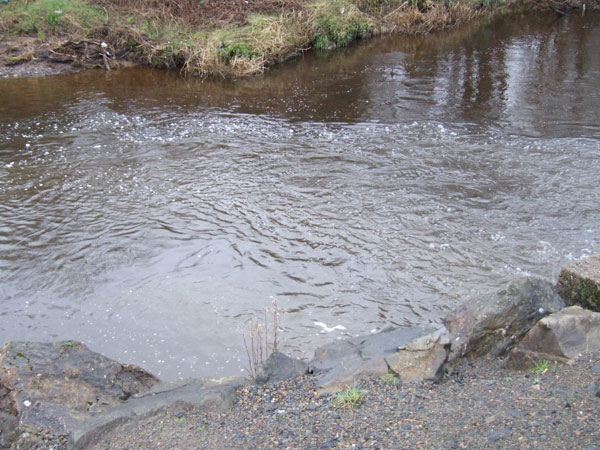 I followed the Glaisnock upstream to find the Meadow Burn running clear. I headed West and checked the Netherton Burn and the Carsegailoch Runner, both of which were dirty. These burns were largely responsible for the discolouration on the Glaisnock. The Back Burn (known as the Ward Burn in the upper reaches), the Polcaulk Burn and to a lesser extent the Rose Burn all enter the Lugar from the South bank and contributed to the water conditions I found that afternoon. 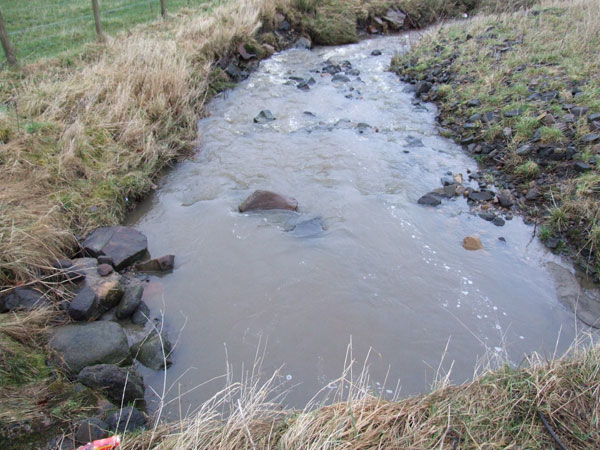 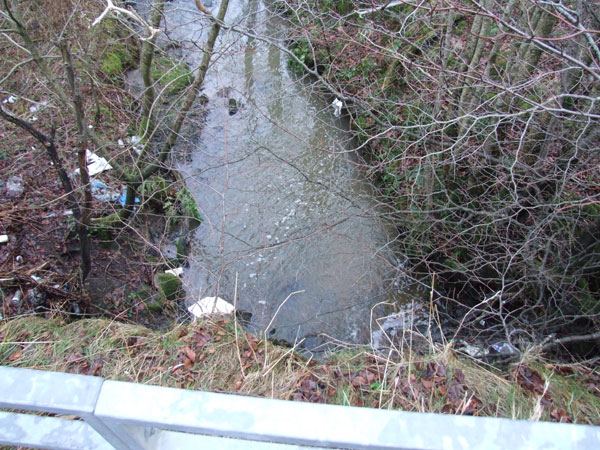 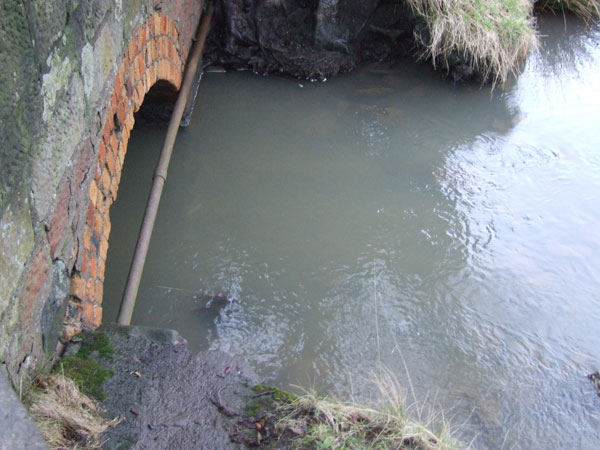 What’s obvious to me is that it’s more than the few burns highlighted here that reduced water quality so much. Slurry undoubtedly contributed to the situation but the point of this post is to highlight that things still need to improve within the Ayr catchment. Brian reported a declining trend in juvenile salmonid populations in the Ayr catchment  on this blog at the back end of last year. Stone loach outnumbered both trout and salmon in some areas of the catchment during last years electrofishing surveys. (Stone loach can tolerate reduced water quality and lower oxygen levels than salmonids). Pinpointing the causes for the decline will be a focus for much of our work in years to come unless things improve this year.

Unfortunately I didn’t have a meter to sample oxgen levels or conductivity with me when I came across these inputs. ATH, operators of the Skares and Netherton sites claim the burns, with the exception of Carsegailoch Runner were running clear last Friday, Saturday and Sunday where they left their sites, (when checked). I suppose it may boil down to how you define clear. ATH reported that the Carsegailoch Runner was discoloured due to a burst seal in one of their pump hoses. This was fixed quickly and the burn improved as sediments flushed through after the rain on Saturday. Step have been taken to ensure this isn’t repeated.

I spoke to SEPA regarding the water quality on the river on Sunday and they hadn’t received any complaints. It is vital that anglers and those that are concerned about the river take the time to phone SEPA each and every time that something doesn’t seem right. It is our river and our right, to expect it to be in good condition.