ART  held their first ever Quiz Night at Ayr Rugby Club last Friday evening. It was compered by Mr Wallace Milligan, who was ably assisted by his lovely wife Ruth. Gillian McIntyre, the Trust’s Biologist, welcomed everyone with a short speech on the work of the Trust, and stressed the need for fund raising,  a subject never far from our thoughts!

As it was our inaugural quiz it was always going to be a guessing game as to how many people would turn up, but to our delight almost 80  ardent “quizzers” attended, making 20 tables in all. The atmosphere could be described as one of “friendly rivalry”, and after six rounds of fairly difficult (blame Mr Milligan) questions the winners were “Blin Drift” with 113 points, runners up were the “Doon Casuals” with 107  points, and the booby prize went to the “Bucking Pasters” whose points total I have decided not to publish to spare their blushes ! 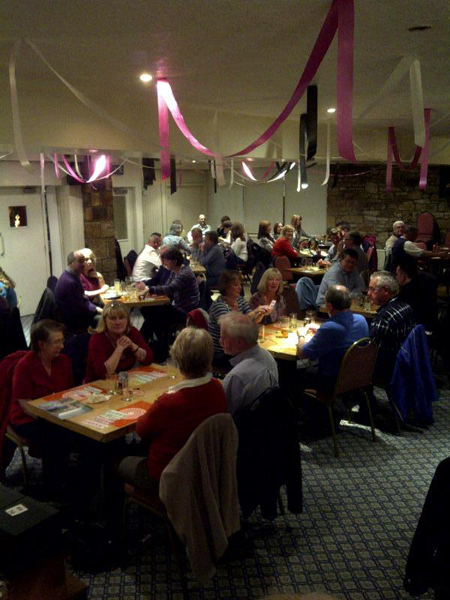 A raffle was held and the winners were as follows :-

A separate raffle draw was made and £35 cash was won by Ian Morrison.

Approximately £400 profit was achieved, after expenses, so special thanks must be given to all who contributed to a wonderful evening, especially to Colin and his staff at Ayr Rugby Club for all their hard work, to Robin Wilson and Tom Lothian for all their help, and lastly to Wallace and Ruth for being a superb double act as compere and assistant.

It’s a pretty safe bet that this will become another permanent fixture in the ART events diary, alongside the Fisherman’s Supper, so watch this space for details of the next Quiz Night – perhaps we won’t have to wait another year for one ! As for the Fisherman’s Supper we still have no venue or date, but hope to have them confirmed fairly soon.