Take a moment to check back to our post of the 29th October 2011 and compare the photos taken soon after the Ponesk Burn was diverted with the images below, taken a couple of days ago on the 26th April 2012.

Following extreme floods and prolonged high water over winter I revisited the site this week along with other members of the technical steering group to see and discuss how the restoration of the burn was progressing. On the whole I was pleased to see that substantial amounts of gravel have built up in many areas and natural features such as pools, riffles and glides were developing. 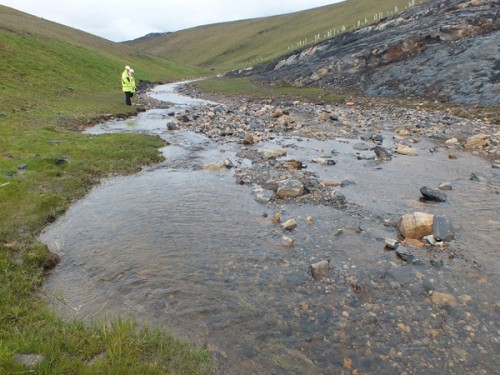 The restoration process commenced with an artificial channel being created but since then, the river has started to find its own route. Gravel bars have been deposited and bank erosion is evident throughout, as could be expected. The rather sterile environment has improved in many areas and is showing great potential as a diverse habitat capable of supporting fish populations. Some areas will always be poorer than others as they were carved through bed rock but this is also a natural feature of the upland burns of the area. What is important is that the river is improving and will continue to do so over time. 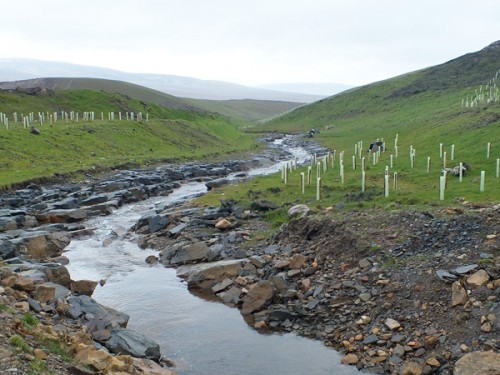 The upper section of the new channel. Little change here since October but notice that a shallow pool has formed in the foreground where there was shallow glide and run in October

The main areas of concern continues to be the clay lined sections which have largely eroded but this has created good parr habitat. As long as the falls don’t become impassible in future, or too much water is lost through leakage then I’m hopeful we will soon find salmonids  inhabiting most sections once  we commence monitoring. I’m sure trout will have dropped into the channel from upstream ‘but will there be any fry?’ is the all important question. Brian an I failed to find any spawning evidence during winter but we could easily have missed it. 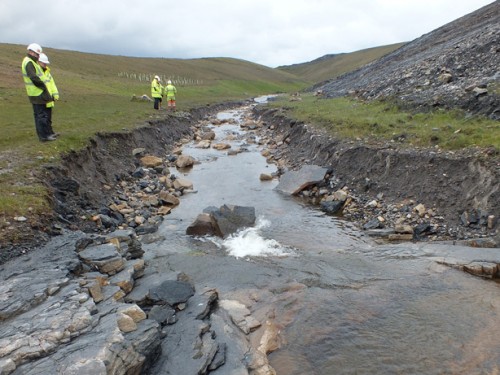 The banks continue to erode although the downcutting appears to have stopped. Downstream should provide excellent parr habitat amongst the boulders and rocks that now litter the river bed.

The greatest potential problem I see is the iron oxide that coats the lower 400+metres of the river. This comes from a consented discharge that has operated for years however the route has now changed and it deposits straight to the burn rather than through reeds and overland. This needs addressing as the substrates were noticeably immobile, solid and coated with iron oxide. Whether salmonids or other species will chose to enter such a burn is debatable and this subject requires further investigation. Purely from an aesthetic point of view, first impressions of the burn from roadside are that this watercourse isn’t of the quality of others in the area, which may or may not be a fair assessment. I’m sure that in the coming months a suitable and more appealing solution will be implemented by Scottish Coal. 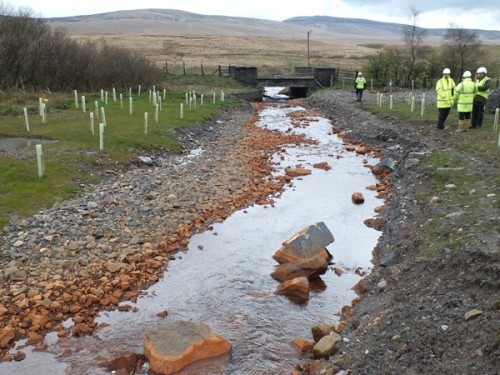 Will migratory species chose to enter a burn like this? Time will tell unless alternative solutions can be found.

Overall I was pleased with the results and am now itching to have a look in the summer with the electrofishing gear.