After a few dry weeks we finally have small spates on all our rivers today. This is the first rise in water levels for a few weeks and that of course means that any smolts will be heading downstream en mass. I headed to Dam Park to have a look at Nethermills Weirs this afternoon and not surprisingly there was a cormorant fishing between the two. I watched it take 6 smolts in about a 20 minute spell before I headed back for a meeting. Later in the afternoon I went back and soon after I arrived a cormorant flew in from upstream and started diving. He didn’t have too much luck straight away and headed downstream towards the Auld Brig and started fishing again behind the Auld Kirk. This bird took 4 smolts in 4 dives followed by another two a few minutes later after which he flew off to perch on the rocks at the old railway bridge. It was at the other side of the river so the photo below isn’t that great but it looked a good sized smolt. 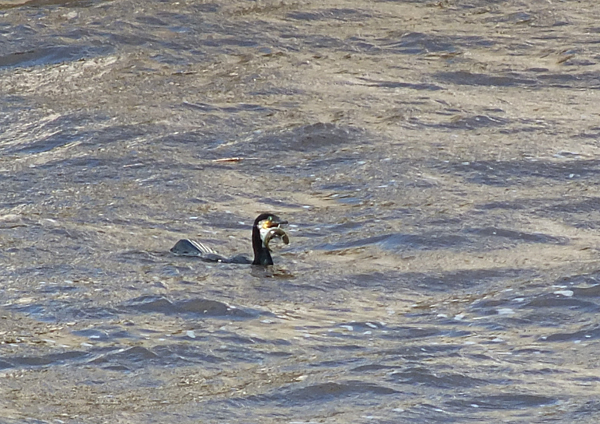 Another smolt about to disappear

I has a look at the Giant Hogweed along the left bank and noticed these two Goosanders taking what I presume to be a well earned rest. For anyone unsure, the female Goosander differs from the Red Breated Merganzer in the shape of the beak, crest and the transition between the neck and breast feathers (less defined than the Goosander). The males of the two species are similar but overall the Merganser is less defined in it’s markings. (If I’ve got this wrong someone let me know but this is how I learned to distinguish them). 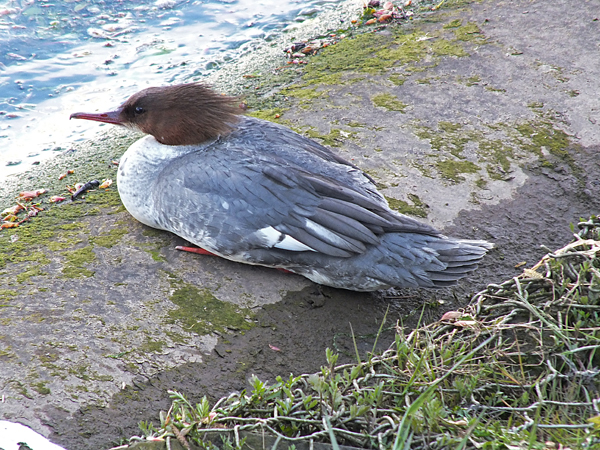 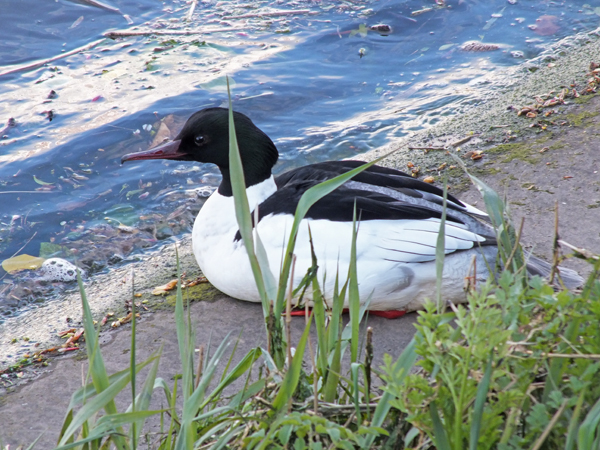