The weir at Newmilns is now just a memory but the river is still finding its own level. With last weekends large spate, there have been considerable changes to the run and pool. The head of the run has cut down into the bed emptying the shallow pool upstream. The deep pool that was below the weir has now filled towards the tail end with most of the loose substrates that had been deposited on the left bank. There isn’t adequate depth for jumping off the high wall any more. Overall the run looks very fishable and I expect most fish will now lie towards upper end of this. Darvel Club are bound to benefit considerably from this as they have gained a great looking fly stream and I’m looking forward to hearing of the first fish from this area. 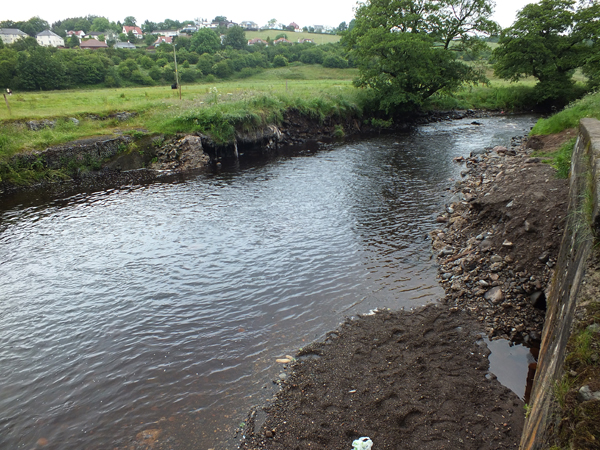 Looking better than ever and very fishy.

The Burn Anne/Burnawn works are progressing although slowly but given a week or two of dry weather, I’m sure that the improvements will soon be completed. 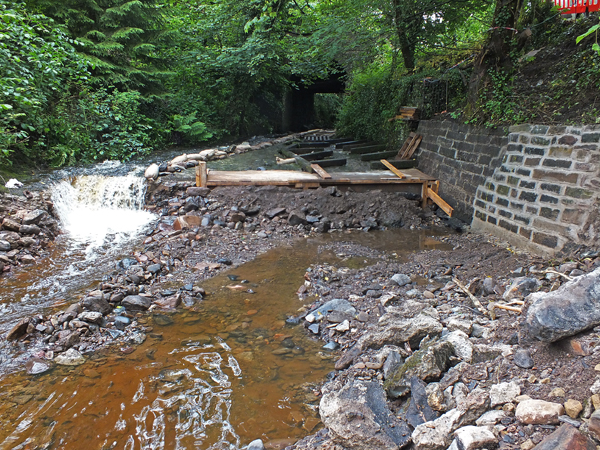 On the way home I spotted a small bird on the Sorn Galston road and I thought it must have been hit by a car so I stopped and went for a look (I know this isn’t anything to do with rivers but regular readers will know that my interests extend beyond fish). Earlier this month I photographed woodpeckers feeding young on the River Ayr but I wasn’t fortunate enough to see the youngsters fledge as they had flown the nest by the time I returned. The bird on the road was a juvenile Greater Spotted Woodpecker  and fortunately as I approached it made a shaky flight into the roadside verge. An adult was calling from a tree beside the road.  I took a few photos before I helped it into the field behind a hedge. Hopefully it won’t head back to danger. 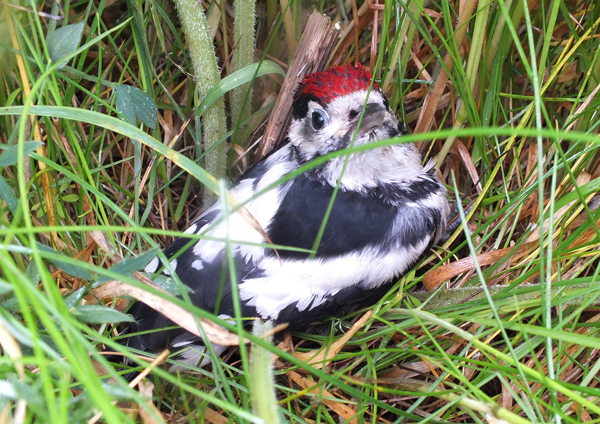 Looking frightened but ok I think.