While we have spent the last 4 years controlling Giant Hogweed on the River Ayr, it is only now that we are starting to look closer at the plant itself.

Last year we controlled a plot of land opposite Dobbies Garden Centre near Holmston. This land was very badly contaminated and has been for years. Google Earth images from 1999 confirm this although the Hogweed had spread across the entire site by 2011. This was possibly the greatest density site we have come across. The picture below is from Google Earth taken in 1999. 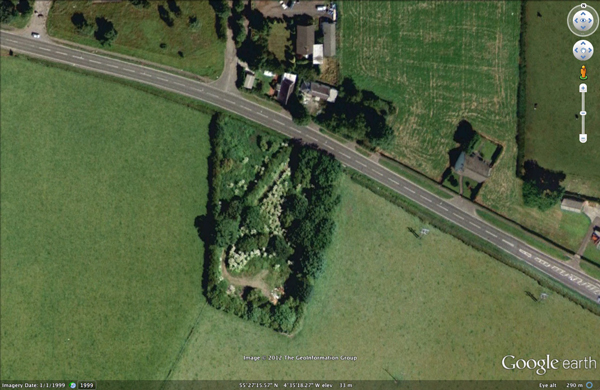 Vacant plot used for unlicensed tipping. GHW is in flower and can clearly be seen - taken in 1999, from Google Earth

We started controlling this site towards the end of May last year and finished spraying at the start of July. It took several visits to safely progress through the site due to the height and density of the plants, some of which were nearly 5m tall. The first image below is from July last year before the plants had died off. The second image was taken this week and shows flowering plants dying after having been sprayed. No plants survived and produced seed in 2011 yet plants flowered this year. This raised a few questions. 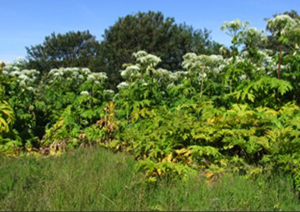 Plants flowering in 2011. All were sprayed and died before producing seed 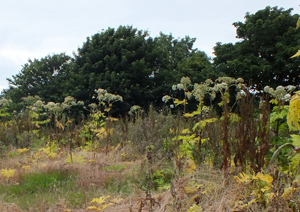 The same view in 2012 after spraying. Notice the flowering GHW

This plant reputedly takes 4 years to mature and flower but clearly this can’t be the case; or can it? Little is published about the plant’s development so I asked Alba, our Spanish Intern to have a look at this site to see what she could find. The main question we needed to answer is, Can this plant reach maturity and flower within a year? We knew that juvenile plants if mowed will suddenly throw a flower as a stress response but nothing that we have read indicates that the plant can flower within a year under normal circumstances. Why then were plants flowering this year on the site?

We knew that plants germinate throughout the year and also, following treatment last season there were young plants developing on the site after the flowering plants died off. These plants could easily have reached around 0.5m tall by the end of last year but without a central flower stalk. It had to be these plants that produced flowers this year; in their second growing season but still only one year old. Alba and I decided to dig up a few plants and seedlings that had germinated this year since the first spraying. Comparing the seedlings that had just emerged above the ground with a plant that had emerged earlier this season threw up more questions.

The tallest plant that we dug up was around 50cm tall and consisted of two leaves. It had been sprayed recently but must have emerged following the initial treatment this year. The smaller plants we looked at were seedlings, just recently emerged. The contrast between these plants couldn’t have been greater. The root of the taller plant was well developed and certainly not just a few weeks old. Perhaps this plant germinated last year? The seedlings were very small but their roots was extremely well developed for their size. Could these have germinated several months ago and only recently have pushed seed leaves through the surface? Have a look at the photos below. The number of plants within close proximity is very worrying. In one square foot (30cm x 30cm) we counted 57 seedling showing above the ground. Many more were well developed below the surface and only just developing seed leaves. We also removed seeds from the surface to count later. Most of these seedlings are out competed as only one or two plants per square meter reach flowering but it does demonstrate the plants incredible ability to dominate an area quickly. 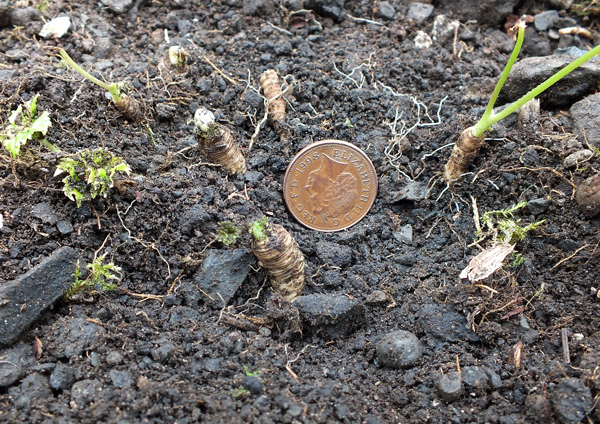 Seedlings that had just recently emerged or were about to emerge. The size of their roots indicate that they may have germinated some time ago. 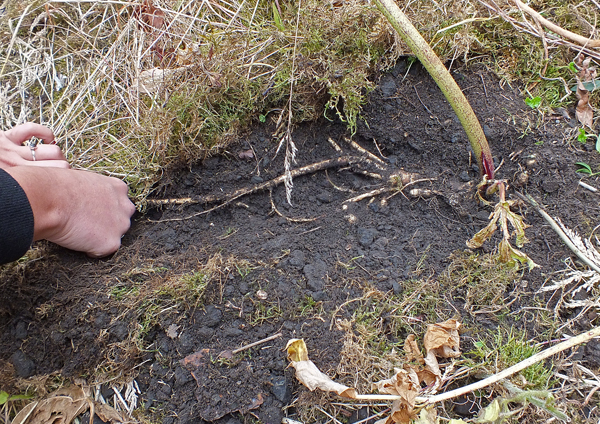 The larger plant that we would have considered as in its first year until now had an extremely well developed root. The visible root is only a fraction of what was still buried in the soil. Could this really be a plant in its first year? I suspect this plant is in its second season. 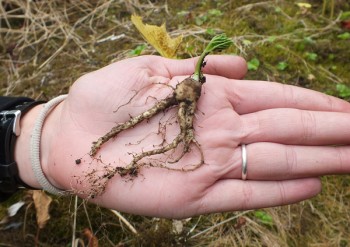 We don’t have  answers to our questions yet but this is a fascinating aspect of the plant that may have implications for effective control. We now have even more questions than before. I think one implication of such well developed roots in tiny seedlings is that there may not be enough leaf available to absorb sufficient chemical to kill the root. Certainly we found very few roots that were decaying following previous sprayings. Of course we don’t aim to spray seedlings but this does happen and this may account for the rapid development within a season that we noticed at this site. Were this years flowering plants, seedlings from 2011 that survived last years treatment? Can 2 year old plants with small leaf growth survive control to flower in their third year? Does this mean that we should avoid spraying small plants when delivering control? We know it’s easy to kill well developed plants as they have huge leaves that respond very well to the chemical, translocating it to the root and killing the plant but what about these smaller plants?
I will have to speak to Monsanto, the chemical manufacturer  to see if they have any answers for us but watch this space as I’m sure there is much more to follow on this subject.
Tagged with → CIRB • Invasive Weeds • Invasives
RIVER AYR ALERT!!!!!!! Electrofishing season starts soon
Share →
Tweet