We are struggling with electrofishing at the moment due to the weather but whenever we can, we are out somewhere in Ayrshire surveying the rivers and burns. Last week we managed to look at some of the Girvan tributaries. Results on the whole were very good (bear in mind that everyone was concerned as very few salmon were reported to be on the redds at spawning time).

On Friday we surveyed the Capenoch Burn, one of the sources of the Barlewan Burn that enters the Girvan downstream of Crosshill. Two years ago a farm downstream of the electrofishing site installed a new slurry storage tank and riparian fencing under the SRDP fund. Prior to these environmental improvements, there were few salmon this far up this burn. Brian surveyed the site in 2010 and recorded only 1 salmon fry per 100 sq m and no trout. On Friday we found around 40 salmon fry per 100 sq m and quite a few trout too. Although 2009/10 was a hard winter that may have reduced access to this site, I think most of the improvement can be attributed to the new fencing and slurry storage downstream. This is an incredible cange and really illustrates the type of improvement that SRDP funding aims to deliver. Just imagine if every farm along our riverbanks could implement such measures! 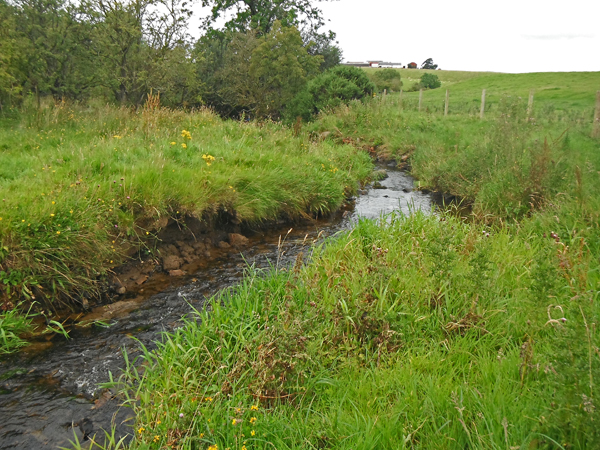 The survey site on Capenoch Burn 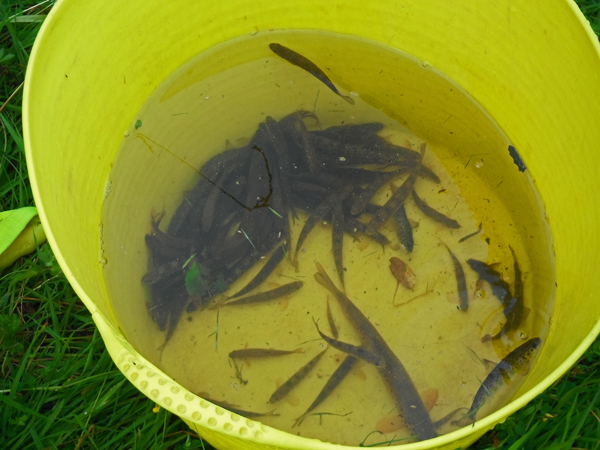 Reassuringly there were trout too which were absent when last surveyed in 2010. We also found a few salmon parr and eels. All in all this was a great site and really encouraging for us.

We also visited a new site to me at Lady Burn. It had been surveyed in 2005 and 2007 but in my time with the Trust I’d never visited it. What a great wee burn it was too. There is something really nice about visiting sites where litter and modifications are absent. Anyway, results were excellent with both salmon and trout in good numbers. A large beech tree had fallen across the burn and was largely blocking it so as it was the end of the day, before we left we pulled out the debris and allowed the water to flow again. Presumably salmon could get over the trunk in high flow but it should be easier now. One day soon I’ll take a walk to see how much further upstream salmon and trout can access. 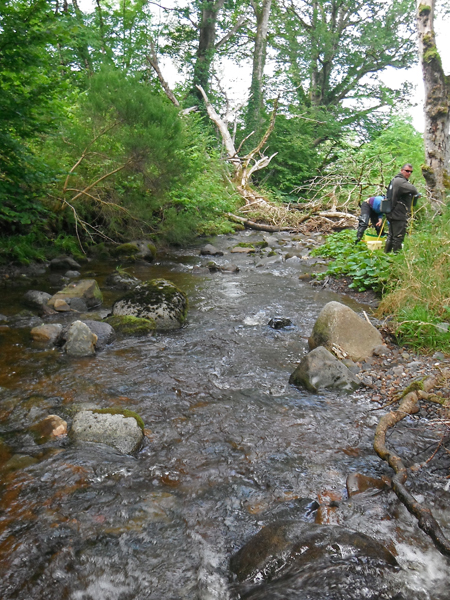 Looking downstream along the survey site 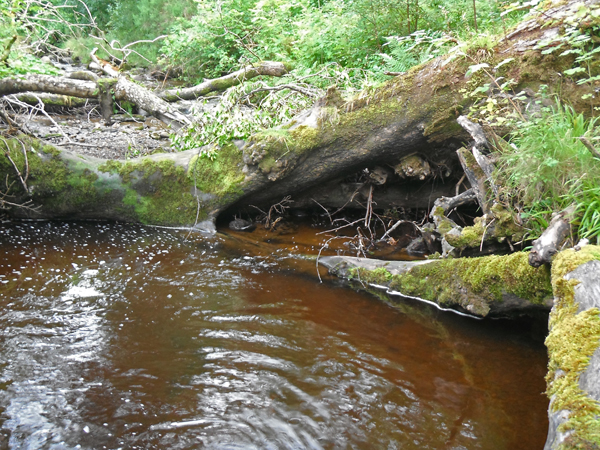 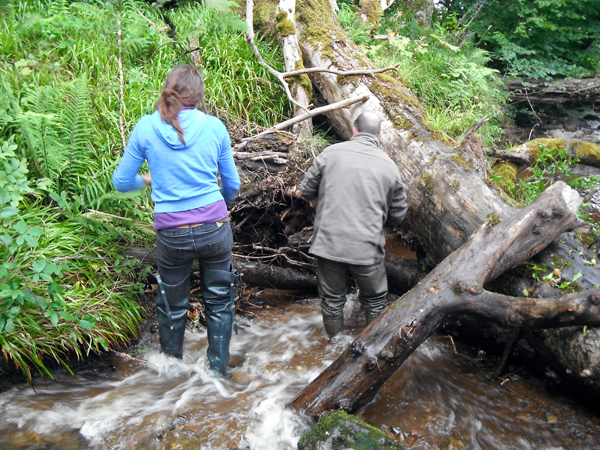 Clearing the blockage as best we could

I’ve added a few charts to illustrate the changes we are finding in fish populations over time at different sites. Not all results are good but at least this will assist us when prioritising improvements in future. I’ll keep adding these charts as we complete sites (not just in the Girvan catchent). The numbers illustrated in the charts are per 100 sq m. 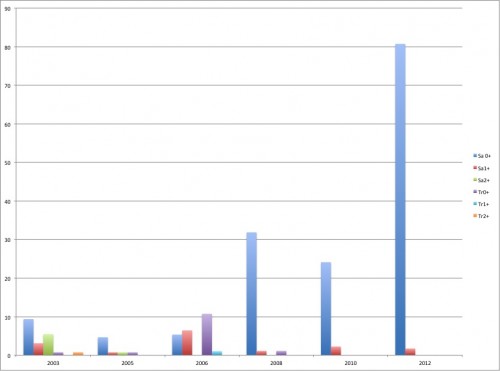 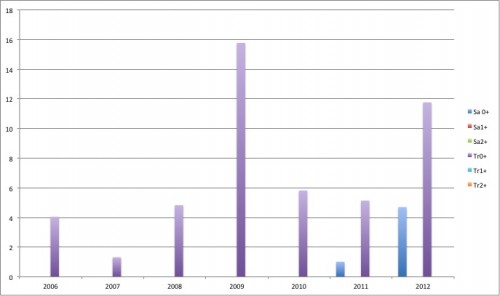 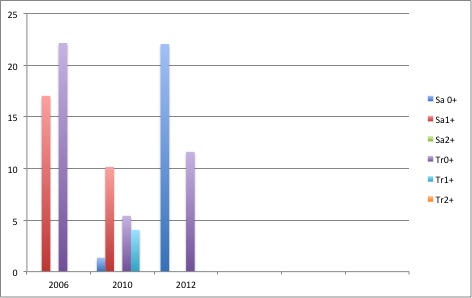 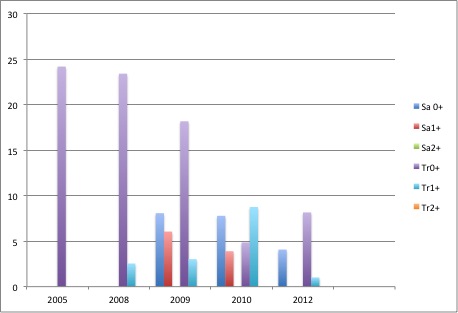 The Spallander Burn with highly variable results... but why?

At the moment we are gathering data by electrofishing but once completed, we will identify and prioritise  burns that require improvements. The more data we collect over years, the more obvious the trend and the more accurate assessments can be. It is important to remember that because a year class is absent from our results doesn’t mean that they are absent from the surrounding area. It is possible that the habitat is more suitable for one year class than others as we target fry habitat wherever possible. This was particularly noticeable at the Dalvennan site which is immediately downstream of a bridge that has deep pool habitat below it. We survey downstream of the bridge but never have included the pool habitat in the results. I nipped under the bridge to see what was there and it burst with salmon and trout parr which was very encouraging but these were absent from the survey results.The site in Kirkmichael was interesting too as someone has constructed two weirs across the burn totally changing the habitat upstream of our site. We failed to find parr but they had presumably moved upstream into the pool above.