Spraying season comes to an end! Water of Fail is still a failure!

Yesterday’s frost may well indicate that the end of spraying season in very nearly on us but with the sun shining again today it was still worth a last blast on stands that appeared unaffected. Where there is a bit of canopy cover, there should be no reason why the volunteers don’t carry on for the time being unless of course a stand is clearly wilting. I went to Stair today and sprayed a large stand just upstream of the bridge and then on to Failford where I hit a couple more stands until my chemical was finished. Kids had made tunnels through the larger two stands that I dealt with today which just emphasises the importance of tackling this plant when it occurs in accessible areas. Next year there shouldn’t be too much left to deal with at these locations. 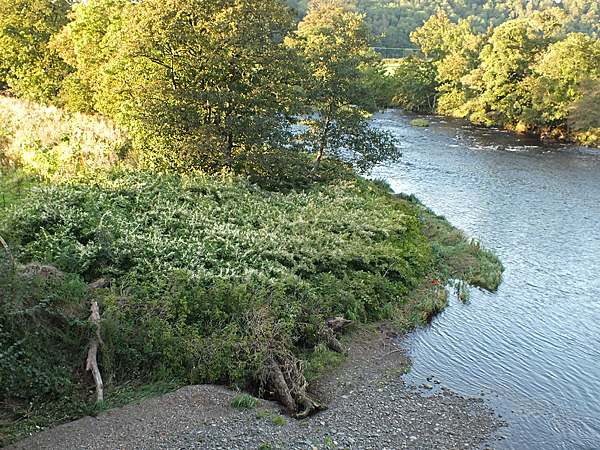 A large stand of Japanese Knotweed that has now been sprayed.

One Response to Good Weather for spraying