Water of Fail is still a failure! Cessnock Modifications lead to problems

I received reports of coloured water that was affecting fishing on the Irvine over the weekend. Garry Anderson from Galston knew where the problem lay so we set off for a look this morning in the rain. The problem was a small landslide on the Gower Water at the top of the Irvine system. Unfortunately there is little that anyone can do to relieve the situation. This is a natural event and there is no one to blame. A large section of the bank has slipped and will continue to erode for some time. Garry intends to cut some branches further upstream that defect the flow onto the right bank but there is nothing else that can be done. 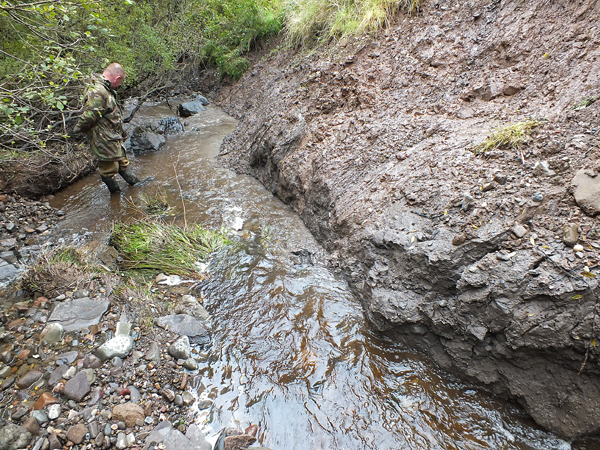 We also looked at a badly eroding bank at the flood prevention scheme between Galston and Hurlford. I will speak to East Ayrshire about this as the bank is unstable and more will disappear with ever spate. 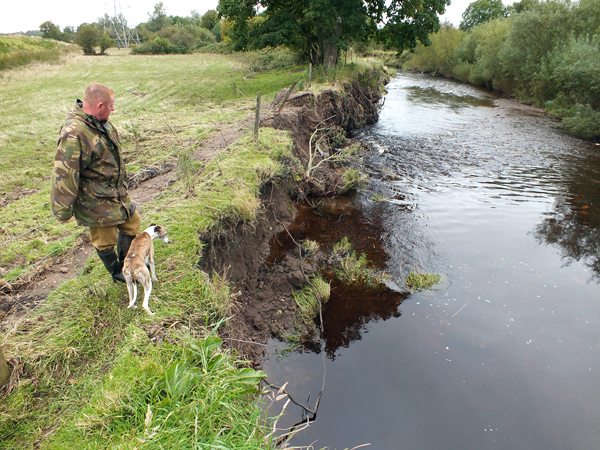 Erosion on the left bank is adding tonnes of soil to the river. The bank is nearly 3m high at this point.

Finally we revisited the Burnawn Fish Pass and were shocked to see that the resting pool below the pass had filled completely with sediments. The Rock armour on the right bank has been washed out which didn’t really surprise me as it was too small for the job it was intended to do and there wasn’t enough of it in place to start with but there is now a significant issue with this pass that needs sorted before the salmon arrive in the burn. 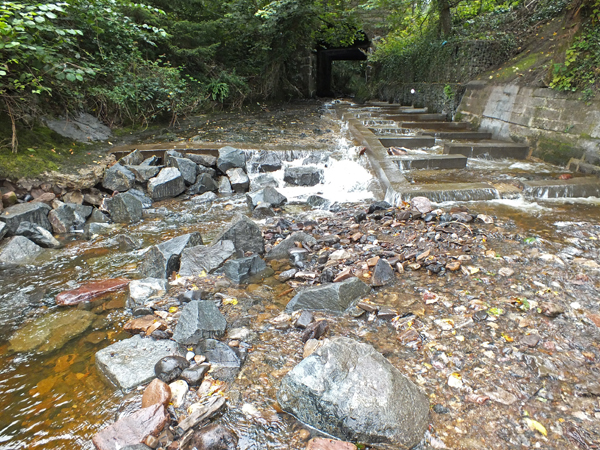 The rock armour has washed out and the resting pool is filled with gravel. This need an urgent fix. 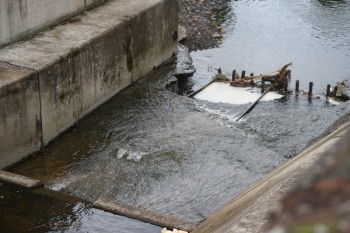 As it was 3 weeks ago. A problem for fish access. 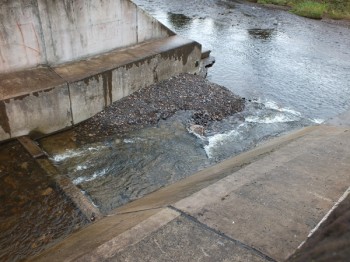 Today and the hole is filled with gravel. There still needs to be a permanent engineered solution here but at least this may help in the short term.

Further downstream at the entrance to the burn, gravel deposited in the broken concrete may be a temporary solution to a larger problem but again I’ll need to speak to EAC on this matter. There are issues with on going maintenance of structures and modifications to the water environment and they can’t be ignored as they always develop into bigger and more expensive problems.