On the 4th August 2010 I saw some fairly major remodelling of the Cessnock taking place just outside Mauchline. There was a digger infilling the old course of the burn and landscaping as underway on the banks of a freshly cut channel. I was concerned (that’s the polite way of putting things) to say the least so as soon as I uploaded the photos from the camera I sent them along with a concerned email to SEPA. 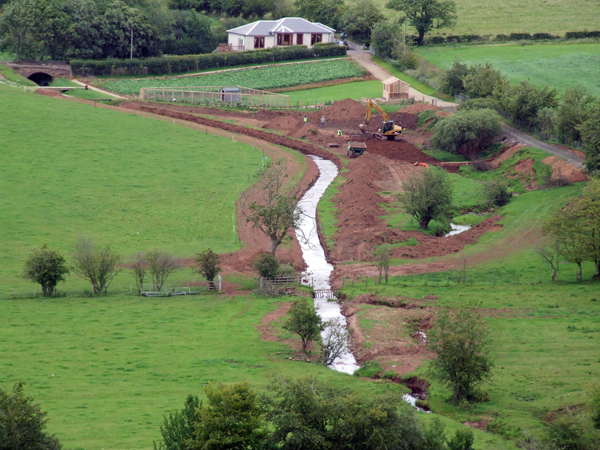 The digger infilling the old course of the burn.

SEPA agreed to investigate and a day or so later I received a call to update me on the situation. I was told that as the digger wasn’t in the burn at the time of the visit, there would be no action taken agains the person responsible despite there being no CAR licence in place. He had been told not to do any further work to the burn. My comment was that ‘the digger was sitting on top of the old burn now buried by tonnes of soil’!

A few weeks later I again called SEPA as I noticed that the work had continued some distance downstream despite being told to stop. The landowner was again visited by SEPA. I was informed that it had been a minor extension and no action would be taken but this time he was issued with a final warning in writing.  The landowner was left to complete the landscaping. There was nothing more we could do, and nothing anyone else was prepared to do so It was now a ‘suck it an see’ type situation for ART. 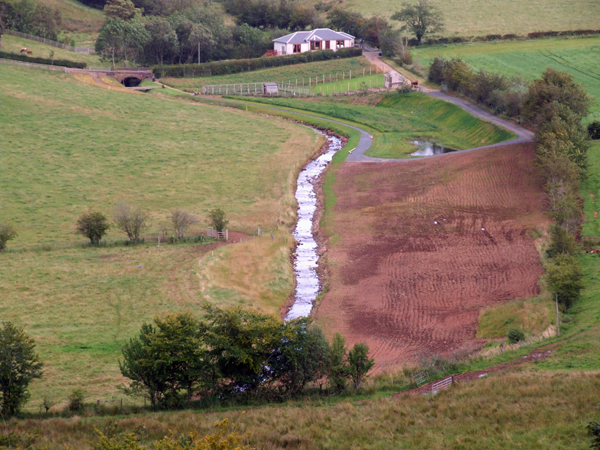 A year on and the landscaping had just been completed. The channel banks were eroding. There was virtually no value for river ecology in the burn in this area and no features to hold fish. The further extension of the works can be seen in the bottom of the image. Compare this with the photo above.

I can’t help but see this burn as I head over to Sorn area, so after the recent spates I decided that it was time for a closer look. I walked the burn today and was dismayed at the state of things. Erosion was evident everywhere. The burn was over-wide and appears to be shallowing as a result of deposition from upstream but I will need to return when the water is clearer to be sure of this. The burn was bursting its banks and had deposited several tonnes of gravel some 50m+ across the field. Cattle have unrestricted access to the watercourse and the banks are collapsing as a result leading to siltation and enrichment. The photos below illustrate some of the problems I saw. 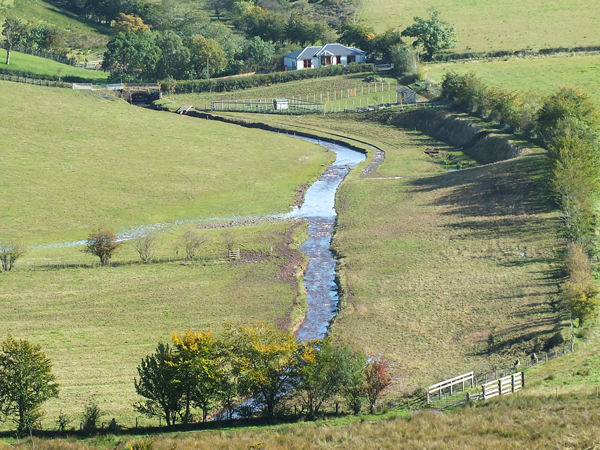 This is the burn today. I felt it was time to take a closer look. 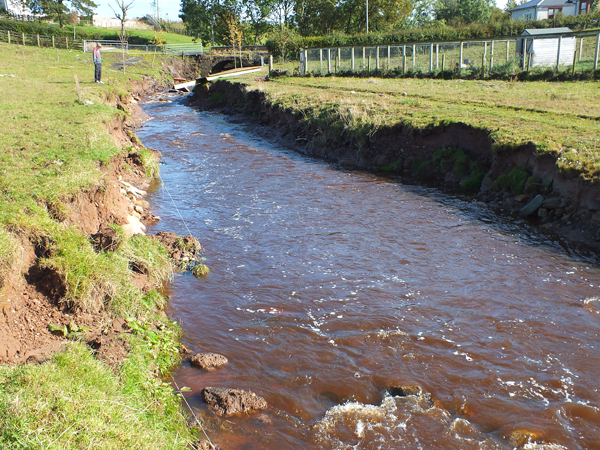 Severe erosion of both banks. This is typical of modified rivers. 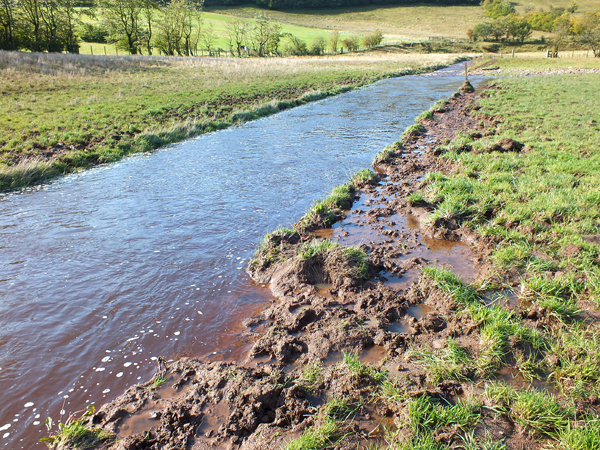 Overwide and featureless. I think the burn is shallowing as a result of deposition of materials coming from upstream. Cattle are contributing to the problem as they have unrestricted access to the burn. 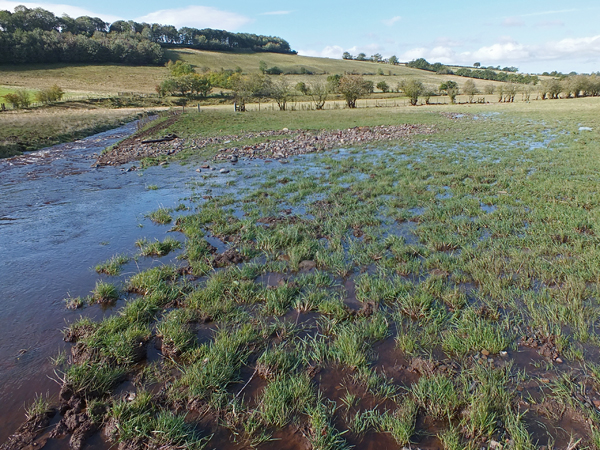 I suspect the shallowing bed is forcing water out of the channel and across the field. Gravel has been deposited as far away as the gate just visible in the hedgerow. Will this be the new course of the burn in years to come?

I am frustrated by this situation. I expect the landowner is too as he knows he can’t intervene but I have no sympathy for him. How long will it take for this burn to stabilise and stop adding to the Cessnock’s problems downstream I wonder? I expect that  unless some decent fencing is installed and trees planted  back from the water’s edge, this situation will take years to settle down. Will trout ever find this to be an appealing habitat again? I doubt it, at least not in my lifetime!