Tradition dictates that Sunday is a day of rest unless of course you have pressing work and a limited window of opportunity to complete things before it starts raining again! Gordon and I headed to the headwaters of the Lugar today to fish the Glenmuir and Guelt. The first site of the day was the Glenmuir upstream of the Guelt confluence… a favourite site of mine. It isn’t the best habitat and doesn’t have the most fish but it often produces a good one! Previously we have captured the same largish trout from below the small falls at the top of the pool on two consecutive years and recorded it’s growth (check back to the blog post of 15/09/2010 ‘Glenmuir big trout’).  We hoped to recapture it in 2011 but there was no sign of it but we did manage a grilse into the net before it flipped itself back so at least we had our excitement for the day.  It is always interesting and this year was no exception. 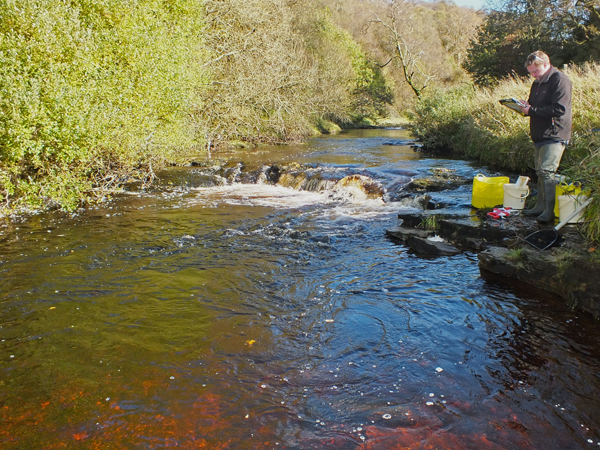 Gordon recording the habitat details at the site

In skinny water at the tail of the pool, a trailing branch was touching the surface. As the anode swept under the branch, Gordon scooped up a cracking trout of around 1 3/4lbs. What a start! Water levels were as low as they have been for months but still up on previous years so we couldn’t fully fish the falls pool at the top of the site. Never the less, we couldn’t not have a go. We managed another trout of about 3/4 lb and saw what I took to be a sea trout of around 3lbs surface and scoot across the surface like a scalded cat. Another good 1lb+ trout came from below the falls but again we didn’t capture it. The big trout was duly recorded along with all the fry and parr and I’ll look at the scale samples later this week. 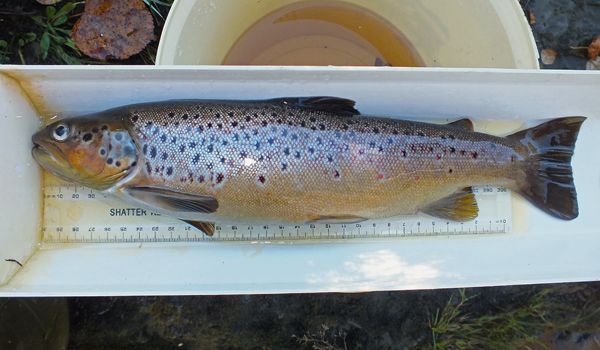 The big trout shortly after capture, measured at 370mm 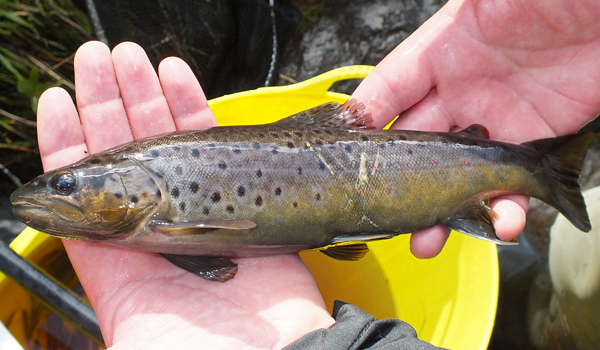 Another nice trout but notice the beak marks. Both flanks were marked but it was an old injury 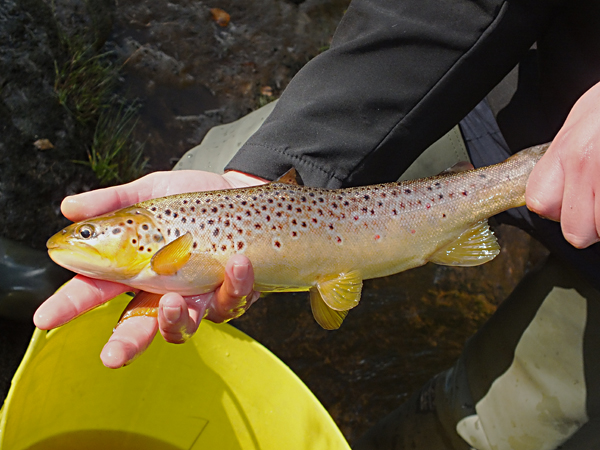 The same big trout after it had been in the yellow recovery bucket for half an hour or so.

Yet again I’m looking forward to 2013 to see if this big troot survives another season. The Glenmiur never disappoints.More images from today will be added to our Facebook page shortly.