We to say this is late in the season for these surveys is an understatement. We normally fish these site around the end of July but this year that hasn’t been possible due to the high water levels that have prevailed. Today we headed to our usual sites on the Glenmuir as the sun warmed our bones and thawed the frost. At the largest site we fish, we managed a good result as expected. Around 570 salmon were caught in the 3 runs through the site. Not the best result we have had there, but not the worst either. Considering we are late in the season and a percentage of fry will have been lost between August and October, it is a good result. 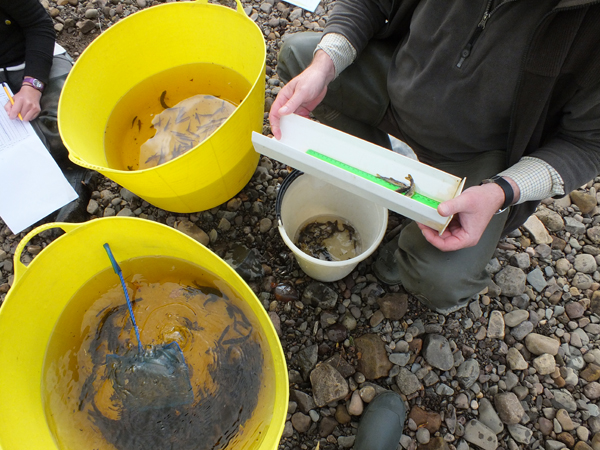 Processing the catch. What a haul.

From here we headed downstream to the next site. Fish numbers were not as good but we didn’t expect as many as at the last site. I’ll work out densities later and add charts when I’ve time.

What we did catch was another large Glenmuir wild trout. It came from beside a boulder in a foot of water and surprised us all. For me it always is a thrill to see such trout coming to the net whether electrofished or on rod and line. Judging by Helen’s face in the photo below, she is enjoying the experience too. 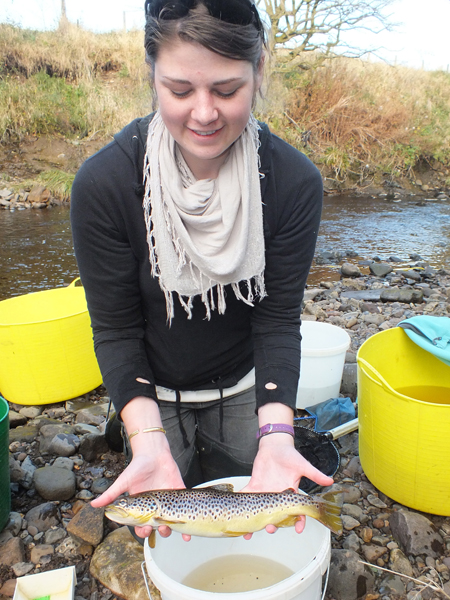 What a peach! (no offense Helen, but I do mean the fish) Nearly 2lbs of perfection. 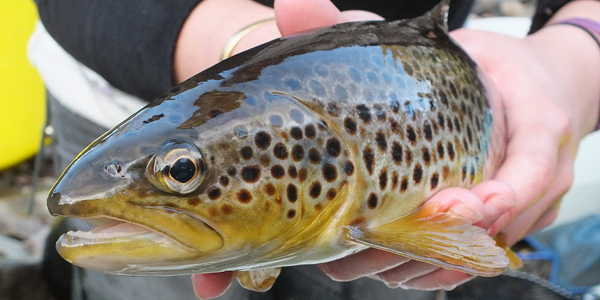 Just stunning. 39.5cm long. Released to perform her most important duty of the year. I hope that she survives another year or two. I've taken scales to age this fish later.

We caught another nice trout too. 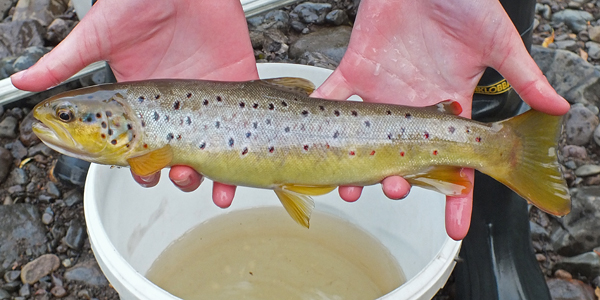 Another good trout from the Glenmiur.