Following yesterday’s spate I thought I’d have a look at Catrine Dam for running fish. As expected, there was a constant stream of salmon and trout attempting the leap at Andersons pool but not in the numbers we are used to at this time of year but I expect that’s because we have had so much water this summer and a lot of the fish are already in the upper reaches. The sun didn’t really come out for more than a minute or two so I didn’t take many photos but here a few of the better ones. 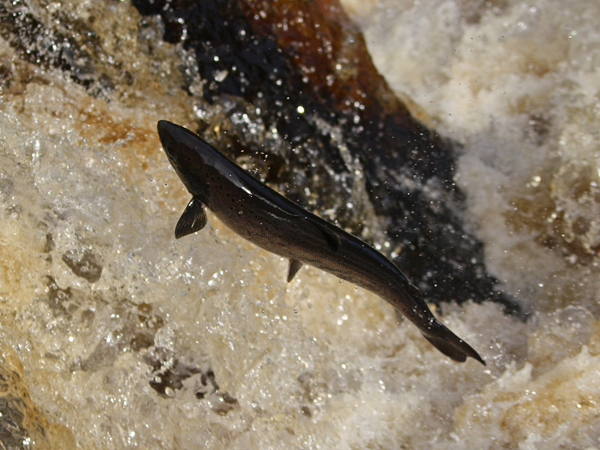 Salmon having a go. 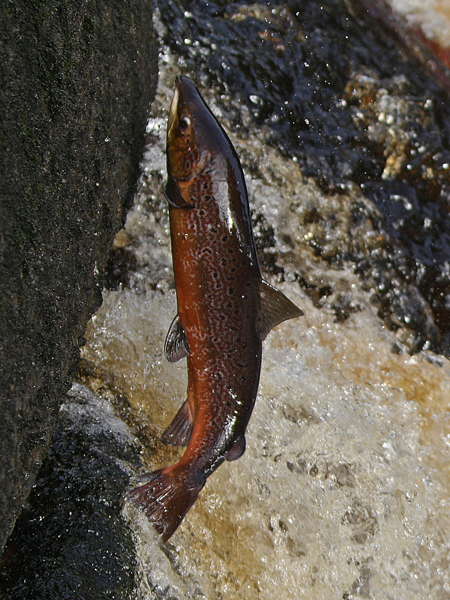 About to come to a sudden stop. One concern I always have is the damage that this structure inflicts on gravid hen fish as they crash into it. 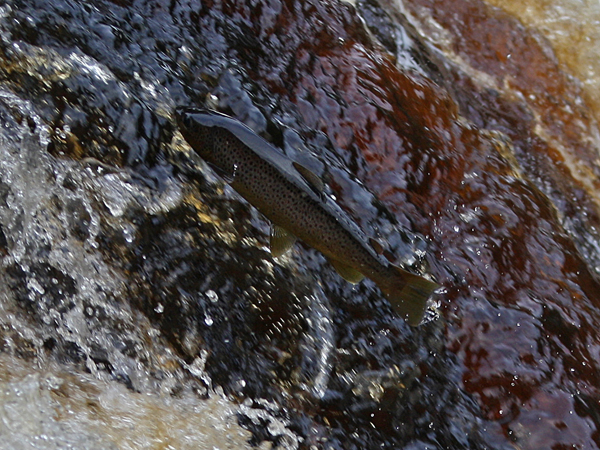 I saw a lot of trout including a couple well over 2lbs. 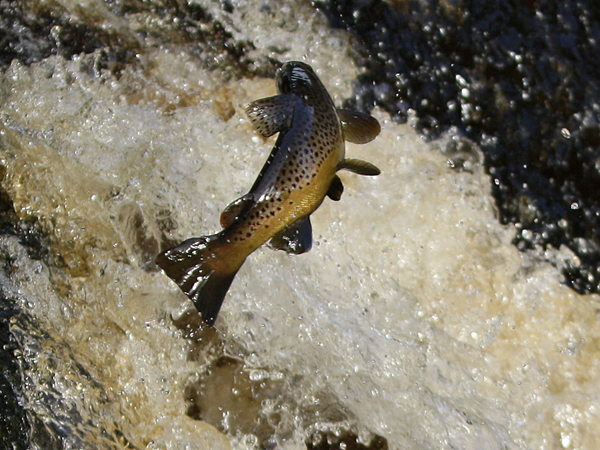 We often hear moans that the season is getting later and there should be an extension to the season but I only saw one really clean fish today that could be classed as takeable so I can’t see any justification for an extension.

I took a fair bit of video which I’ll put together in a short clip and upload to YouTube. I’ll add a link to this once I’ve done it. http://www.youtube.com/watch?v=lEP0WMAwGeQ&feature=plcp