Making the most of low(ish) water levels, I headed out this morning to complete the Burnock Water survey with Natalia and Meryl whilst Gillian and Helen made for the Garnock and Caaf Water to undertake a new survey. I can’t let you know about the Garnock results yet as we didn’t get a chance to discuss them this evening but the Burnock results were interesting.

For the first time, we captured a River Lamprey juvenile.We have only had one other River Lamprey on the Ayr and that was an adult caught in the smolt trap back in 2010. Now that I’ve caught both river and brook lamprey juveniles I know the difference. Previously I wasn’t sure that there was much difference between the two (based on the information in the Lamprey handbook that we use), but now that I’ve caught both species, the difference is obvious. Just compare this photo with those from the Brook Lamprey caught a couple of weeks ago at Catrine. 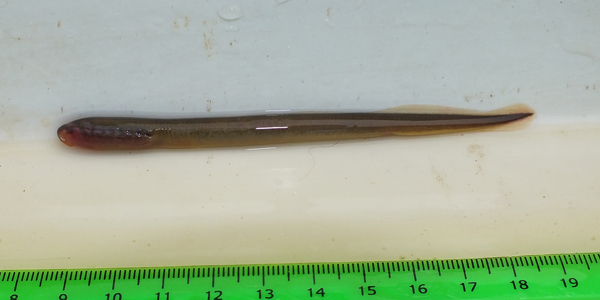 We also captured three very good trout, the largest being 40.5cm long and in excess of 2 lbs in weight. The other two were smaller but still very good trout for this burn. 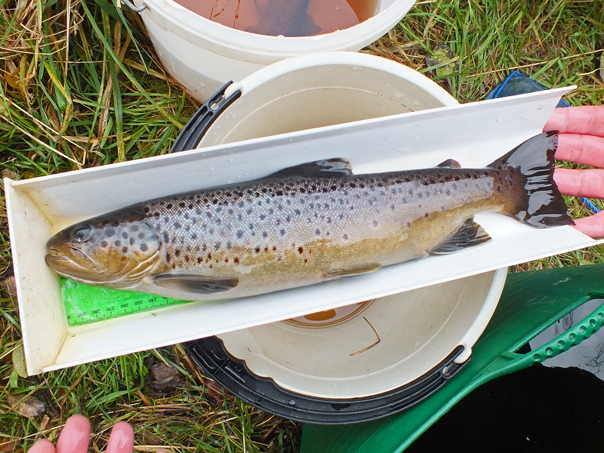 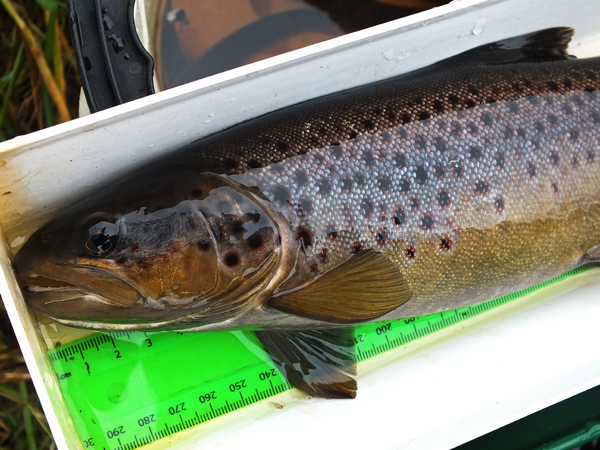 Another very good trout from such a small burn

Once complete at the Burnock, we headed to the Ponesk which I’ll post details of shortly.