I’ve been keen to visit the Ponesk this year to see how the new channel had fared but water levels have prevent this until today. Brian and I spent a couple of days last winter looking for evidence of salmon spawning on this burn but didn’t find anything. I thought the combination of Iron deposits and silt from the eroding bed of the new channel had prevented deterred salmon from entering so today was the day to find out if this was correct or not.

The Spierslack site has been suspended temporarily and we managed to drive to the middle of the site without having to worry about dump trucks running us over. Meryl and Natalia hadn’t seen anything quite on the scale of this coal site before and it was an eye opener for them. The burn has changed considerably since it was diverted a year ago. The entire channel appears to have improved over the year with the newness wearing off and natural type features developing. Gravel beds have been deposited and large boulders have moved. We picked two electrofishing sites within the new channel to survey. The first one was just upstream of a large culvert with a range of substrates and flow features. We caught a few salmon parr as could be expected as these fish will have dropped down from the old channel above. Fry however were there in low numbers too and this indicates that at least two salmon made it up the burn to spawn in this area. Trout were there too but again in low densities. 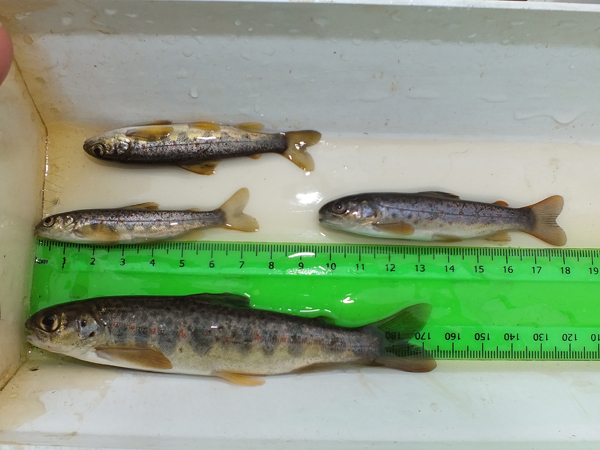 Salmon and trout caught at the first site

We headed  upstream to below a water slide that may encourage some fish to spawn downstream. Again we found a salmon fry or two and a couple of trout so again that was a good result. I expect this winter we should be able to see a few spawning fish in the Ponesk and I’ll make a point of checking regularly. 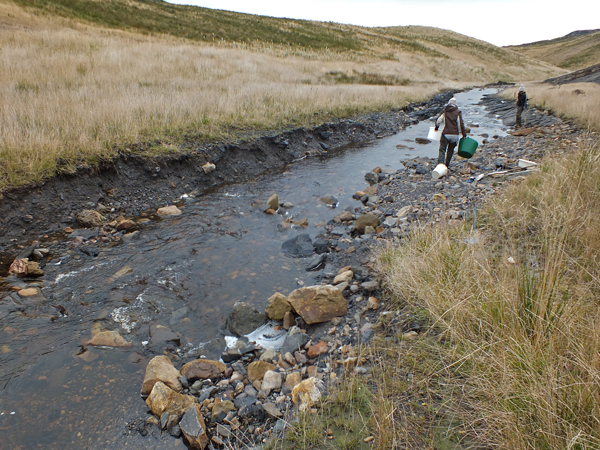 Preparing to fish the second site 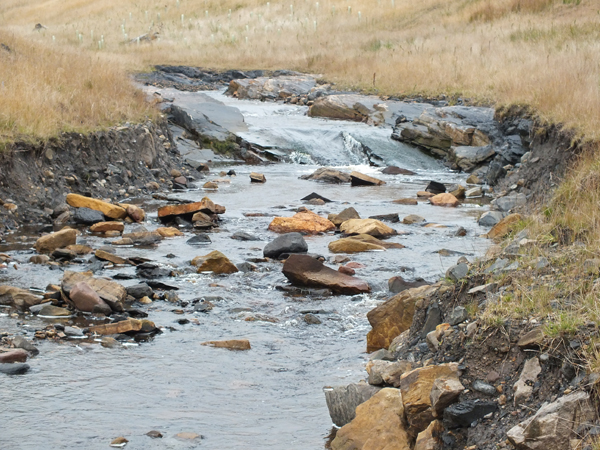 A diverse habitat suitable for fry and parr

Invertebrate numbers were poor but the species present indicated good  water quality. Abundance should improve as time goes by and next year we should see a big improvement which will be necessary for the future fish stocks that we will expect to find in the summer.