We are still waiting for the council to instruct the contractor to make repairs to Burnawn fish pass. Meanwhile, members of Galston Angling Club, frustrated by the delay decided to attempt the impossible and clear the bottom end of the fish pass manually. There was tonnes of gravel in the ‘pool’ below the pass and rock armour from below the apron had washed out causing another pool to form that was unsuitable for fish, ultimately leaving them stranded and at the mercy of the villans.

Gary Anderson and Craig Inglis were the two names I know of but they were assisted by 3 others who through no mean effort moved a huge amount of materials and hopefully have greatly improved the situation. Gary sent me a photo from his mobile once the team had finished which I’ve posted below. If only all clubs and syndicates were as proactive as the Galston Crew! 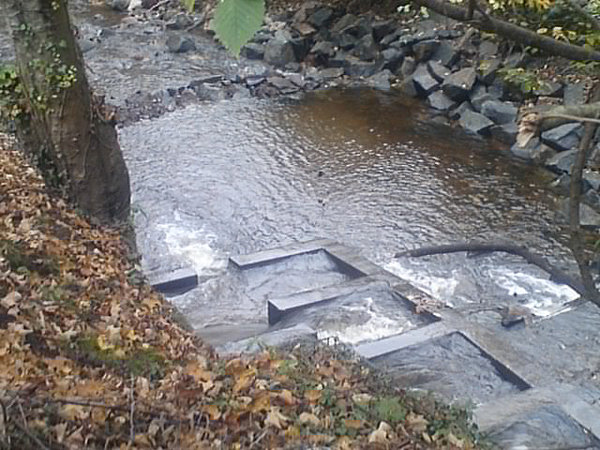 Superhuman efforts have moved a huge amount of stone to clear the pass.

I’ve already received reports of a few salmon entering the Burnawn so I’m looking forward to the next few weeks when hopefully many more will use this structure. Well done boys. The entire Irvine angling fraternity should stand you a pint or two for this.