Work commenced this week to remove sediment from the lade. I understood from SEPA that silt and fine sediment would not be allowed to be re introduced to the river but I am concerned that the contractor has placed large quantities of mud upstream of Andersons Dam where in a big spate it will be washed downstream. I will speak to SEPA about this on Monday morning. There has obviously been a bit of a slide with the freshly dug sediment and the edge of the river was coated with the evidence. 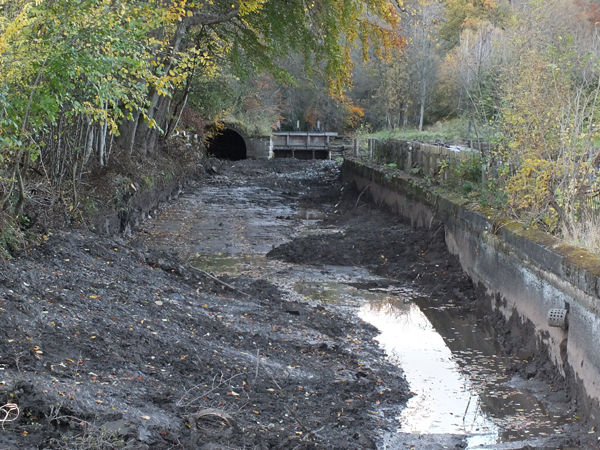 Most of the silt has been removed from the lade. 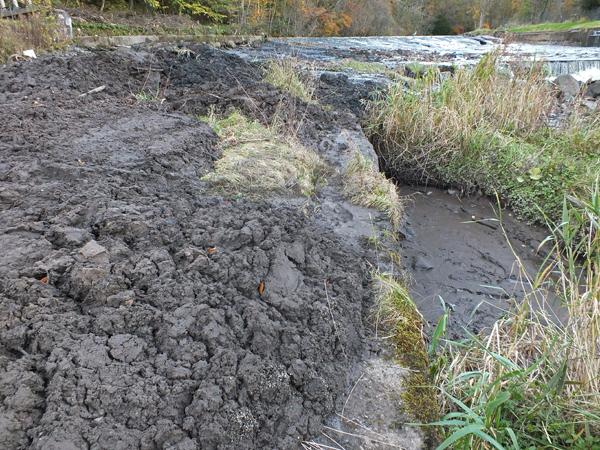 Mud left on the riverbank. A large spate will cover this path carrying this sediment downstream. This threatens to pollute spawning beds downstream. I will be requesting SEPA consider enforcing removal on Monday (if it's not too late as rain is forecast). 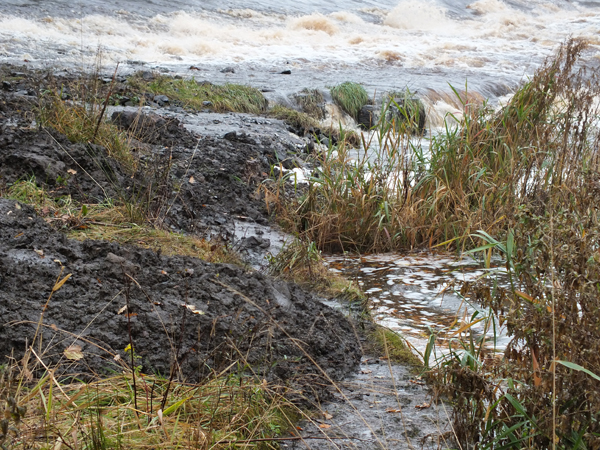 Water nearing the top of the wall. This is the same mud as in the last photo posted above from a slightly different angle.

I dropped into Catrine this morning to see what was happening with the muck. I met with representatives from the Community Trust who explained what had happened on Friday. After sucking a load of liquid sediment from the lade, the tanker driver took it on himself to dump the load at the top of the riverbank before the machine man had constructed a bund to contain it. The result was a ‘slug of silt and sediment went down the river’. The project management team realised this wasn’t good so they did their best to stabilise things for the weekend. Machinery was brought back to the site this morning and they set about removing the fine muck from the site. The reminder will be dressed into the bank and vegetated. 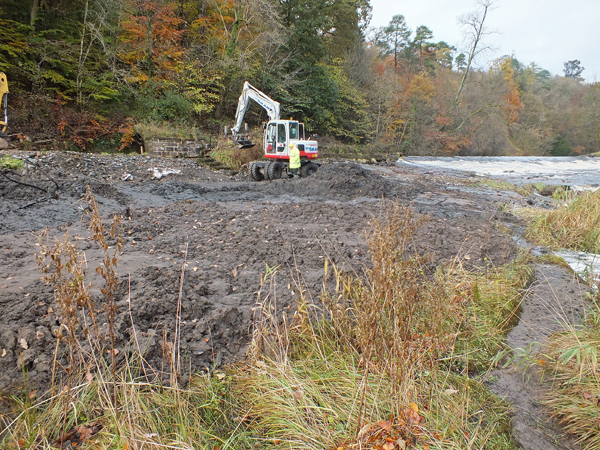 Clearing muck from the river bank. It had to dry out before hauling it to a coup hence the need to leave it over the weekend.

Incidents such as this are damaging not just to the river but also to good relations between those involved. I made my point that things have to be completed to a high standard and without impact on the river and I hope we can  go forward from here without further incident.