Well after reporrting on problems on the Irvine recently, it is about time for good news. Don’t get too excited, nothing that great but steps in the right direction.

First off, I visited the Burnawn to see the volunteer’s handywork at the Cemetery Bridge fish pass. I was amazed at how much work they had done. It is a good attempt at making sure the fish pass is useable this season and should do the trick. I will keep pushing the Council to get on with repairs but I suspect that these may have to wait until the spring as rain is forecast again for tomorrow and the fish are likely to be in the burn next week. 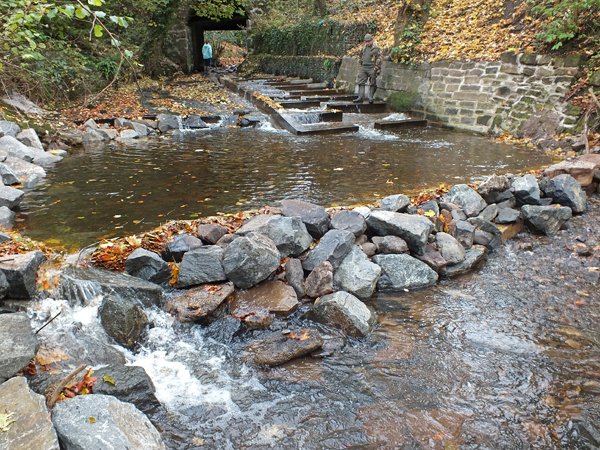 A pool for fish to lie in. Hopefully the salmon will head to the fish pass rather than the concrete ramp.

Next, I headed to the River Irvine between Galston and Hurlford where the bank has eroded and a tree fell into the river exposing the main sewer pipe. I met the contractors on site and a Scottish Water representative and discussed the plan of action. These are temporary restorative works to prevent further erosion. Further work is likely to be necessary but this will be discussed and scheduled for a later date. Gary Anderson was with me and I think he was relieved that he wasn’t going to have to saw up this tree! 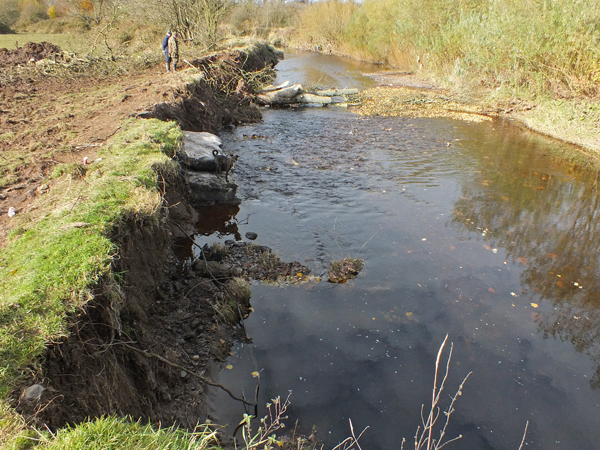 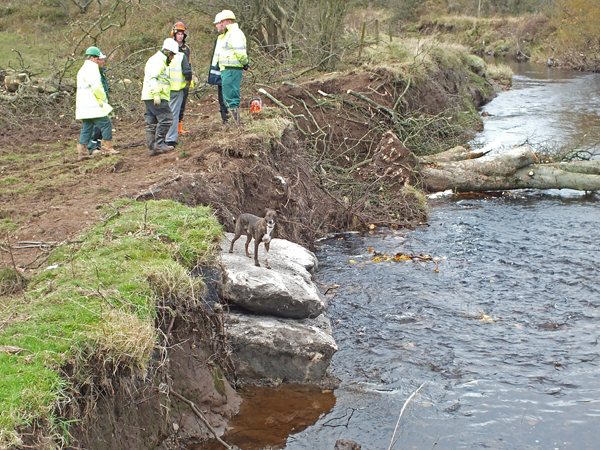 Anyone lost a dog? This mutt appeared from nowhere and wouldn't leave. 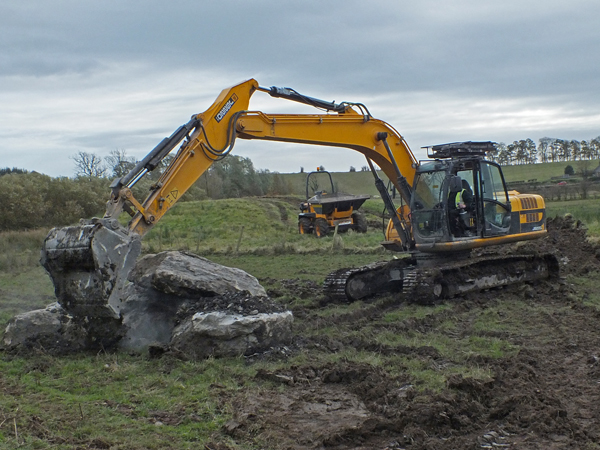 Galston AC should buy Gary Anderson & Co. one of these! Big rocks and big machine.

Finally I headed to Kilmarnock to see the Black Rocks weirs as Euan Kerr from I & H Borland Contractors reported that gravel had built up at the dams. This is to be expected and will need to be removed periodically. I was surprised by just how much sediment had been deposited but I suppose given the constant high water since completion, this may have been predictable. The gravel between the weirs was breaking the surface. 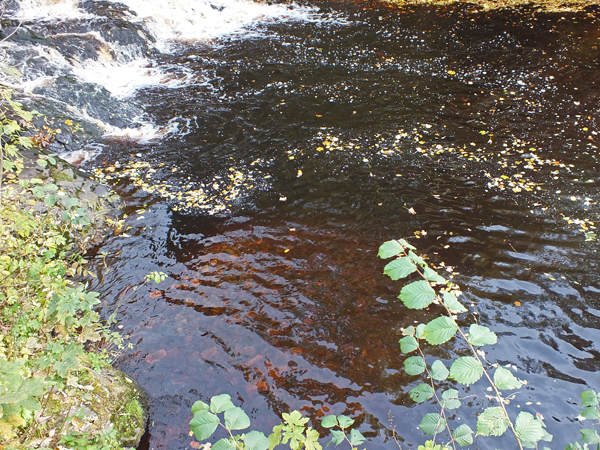 Below the falls, a pile of gravel can be seen just below the surface near the right bank. 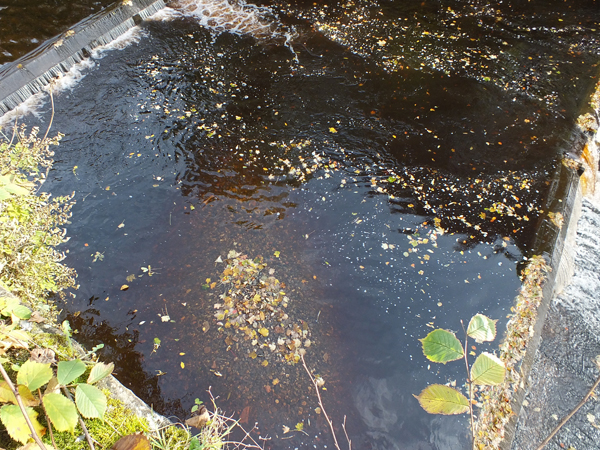 Between the weirs another pile of gravel has been deposited.

I met a man at the falls who told me that his friend has watched salmon going over the Dean Ford this season… over the road in a big water! He also told me that he saw a salmon leaping at Black Rocks a couple of weeks ago. Everything points to the fish passes working so lets just hope that East Ayrshire get the Ford situation sorted soon. If a bridge is going to take too long, they should consider closing the road and removing the ford until such times that agreements are in place. The fish are there and can’t wait!