I’m on holiday this week but I received a call this morning to say there were a few salmon running Catrine Dam so I headed over to see for myself.

At this time of year we often hear calls for an extension to the salmon season as fish seem to be running the river later and later. The ‘Silver Tourists’ were indeed running the dam and in better numbers than I’ve seen for some time but…. these aren’t fresh fish just in from the sea. Judge for yourself but none of the fish in the photos below would be takeable. I don’t think I saw anything that would constitute a fresh run fish. On the whole the fish I saw today had donned their ‘Tartan Jackits’ some time ago whilst in the lower river and only now are pushing upstream to the spawning grounds. I did see some very big fish so hopefully they will find somewhere on the redds that is clean and to their liking (see my last post). 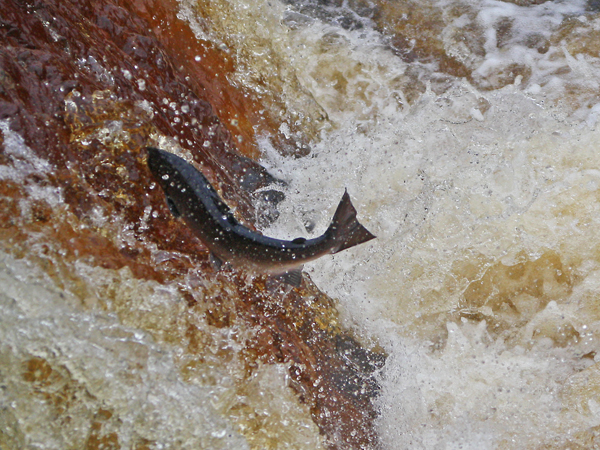 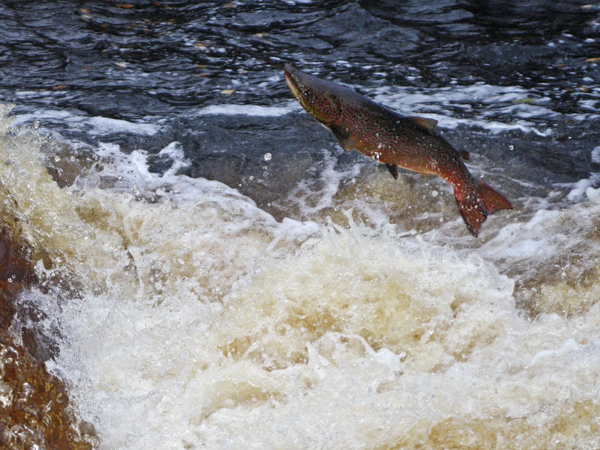 Taking off too far away to make it over 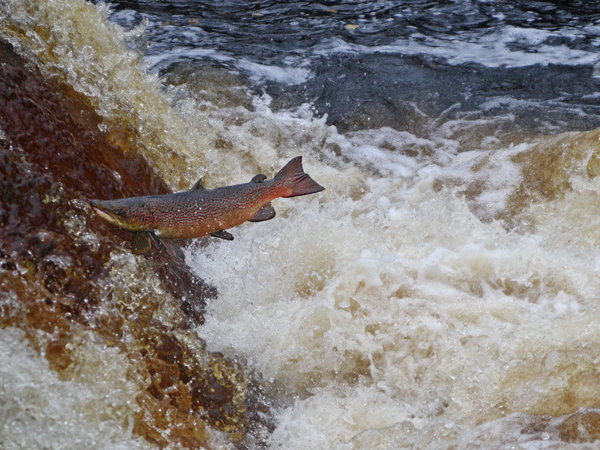 The same fish as above reaching the falls but with no chance of getting over this time. 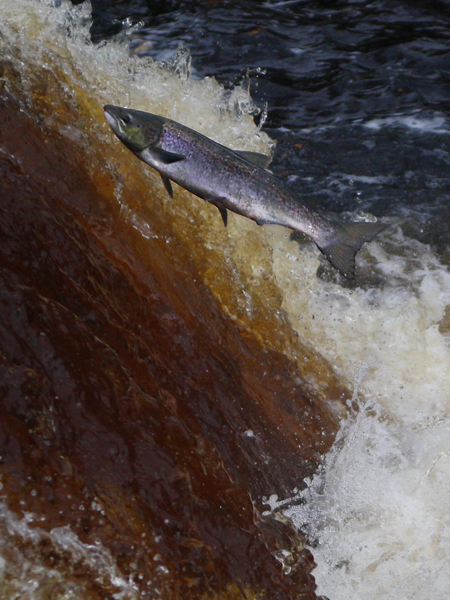 If this is 'clean' then it's time to get your eyes tested.

Fish need a holiday too and November to December should be holiday season for them with added benefits if you know what I mean. Yet again I can see no justification for extending the season.