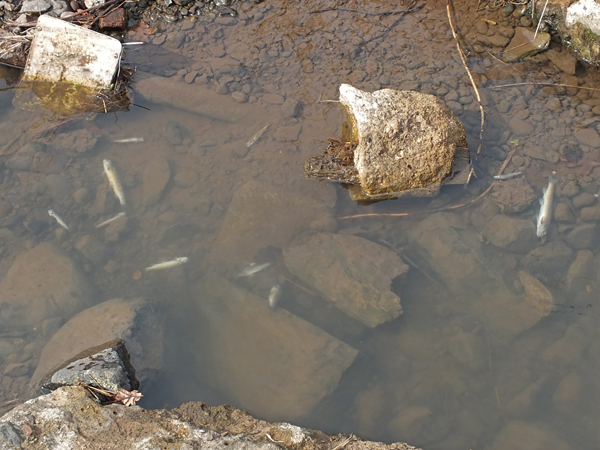 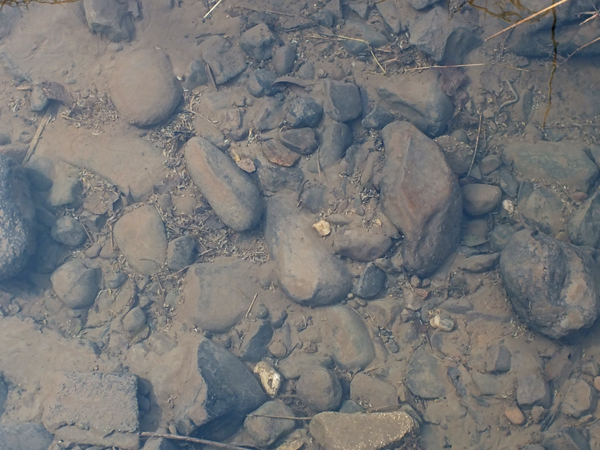 Invertebrates were clumped in slack water... all dead too 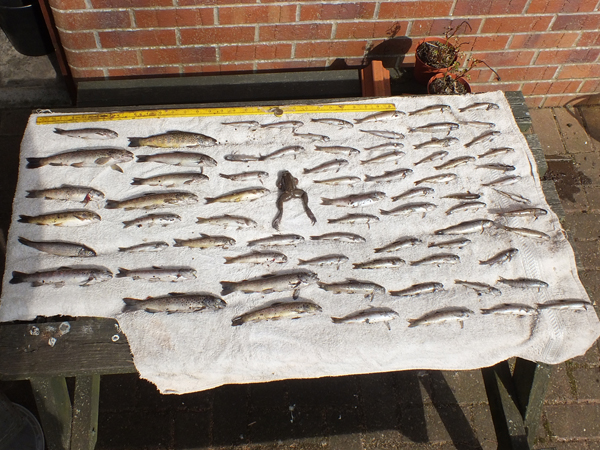 Fish and a frog collected on Sunday before and after SEPA's visit. SEPA have taken samples for lab analysis.