I walked the dogs at Barskimming Mill this evening and there were a lot of trout rising in the Nursery Pool and Mill stream. The water looked terrible with that awful greenish tinge that appears during low water that is a symptom of iron from past and present mining activity. I walked upstream to the meetings to see which river was worst and today it appears that the Lugar was responsible for most of the opaqueness. 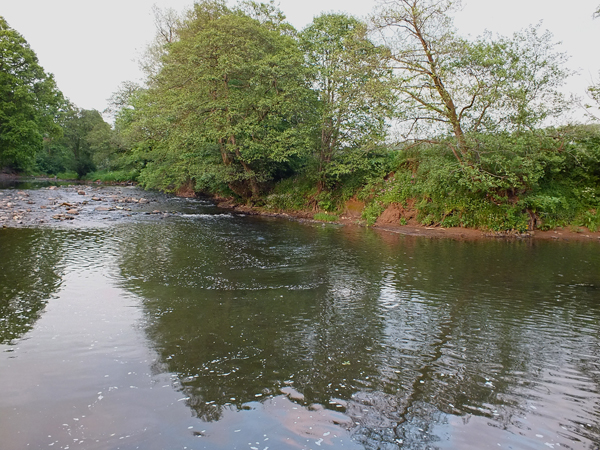 The Ayr appeared to be cleaner than the Lugar

I walked back downstream to the bridge and by this time, clouds of mayflies were rising from the surface of the river. I often hear comments that there just aren’t any decent hatches of flies anymore but tonight’s event was incredible. I’m not sure which variety of mayflies they were but I’ll try to find out and update this blog. There’s one thing for certain, there’s no shortage of trout in Mauchline area and some nice sized fish too! 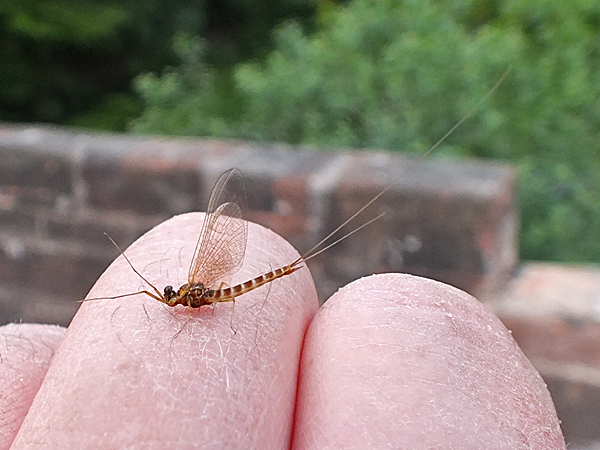 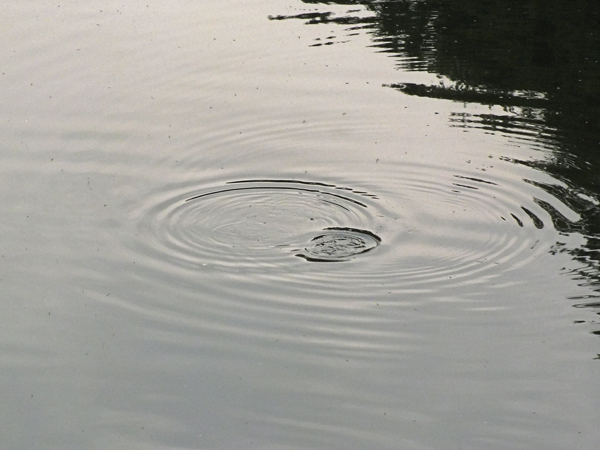 3 rises in quick succession. What a feast! 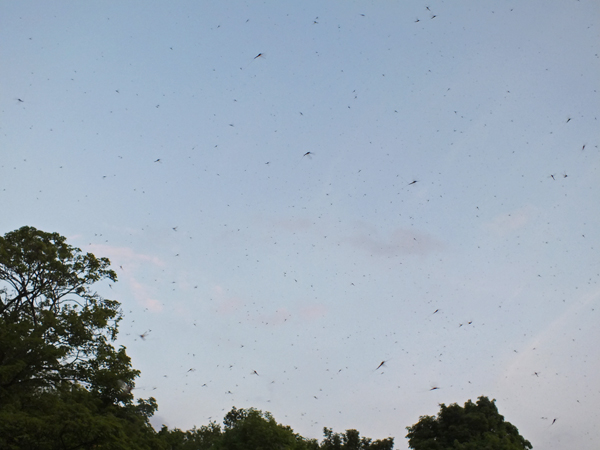