Following requests from the District Salmon Fishery Board, on Friday morning Catrine Community Trust set about clearing the sediment that had built up in and around the fish pass at Catrine. When I arrived, the flow to the pass had been shut off as much as possible and a wheeled excavator was removing sediment from the chambers. As work progressed down the fish pass, the size of the trapped sediments increased and I was surprised at the size of some of the boulders that were removed. These were redistributed on the dam back to level holes up making it safer for the machine to progress. 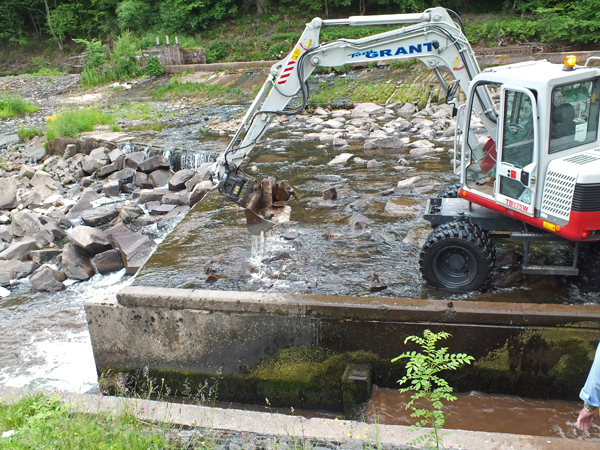 Large boulders filled the lower chambers of the fish pass. 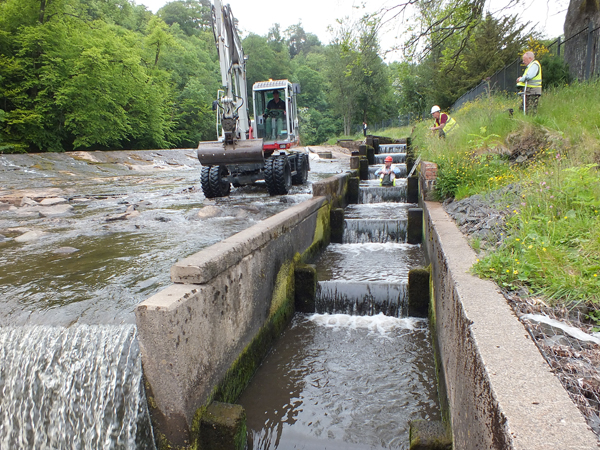 Checking the chambers were clear of sediment

As I took the photo above, I noticed a large fish leap into the upper chamber. Somehow this fish had gone unnoticed and had survived the clearing process. I suspect that the fish had taken up residence in the fish pass as oxygen levels would have been better than in the main river during the very low flows we have had recently. The white water that is a feature of the pass (and one of the problems) would also have provided cover from predation. I tried to get a clear look at the fish as it moved up and down the upper section through the baffle but the glare prevented a good view. CCT had a net on site and we attempted to net the fish but it leapt back downstream to avoid capture. On closer examination of the image below, I’m not sure whether this was a salmon as we initially presumed or perhaps a large sea trout (I’m leaning towards the latter). This fish was in the 10lbs+ bracket and although not fresh, hadn’t been in fresh water all that long. A small injury was noticeable on the fish’s head. In previous years we have come across some very large sea trout early in the season but they are few and far between. 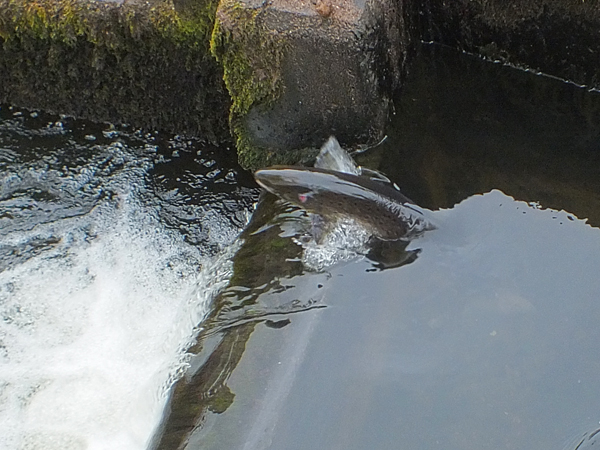