Annual timed electrofishing results on the Ayr, Doon, Girvan and Stinchar Too much ‘Assel’ getting to Markhill.

Markhill windfarm in the Duisk Valley near Barrhill was the focus of todays work. We set off to survey up to 4 burns today, mostly in remote locations but after a puncture and a road closure we only managed 2. The results were less disappointing than journey down and we filled our buckets with very respectable catches of brown trout and eels. Trout in these peaty burns are never very big and the largest captured measured 227 mm. The most difficult thing about electrofishing is netting the fish which is a real challenge in very dark peaty water as they disappear from sight about 4″ below the surface, but we managed all the same. 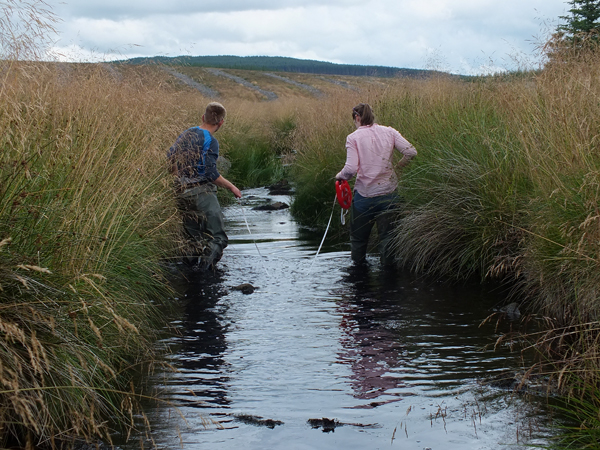 Struan and Helen measuring the dimensions of the site

Crossing difficult terrain to get to the first site we came across a boggy ditch where water voles have obviously been active recently. The lush grass had been well cropped into a traditional  water vole ‘lawn’ extending to over 1m square (large by any standard). On the way back to the van we found another similar area so it looks as though there is still a healthy population in the area. The burn didn’t have any recent evidence of the animals (where we surveyed) but there were obvious ‘dropins’and runs although they didn’t look as though they had been used for a few weeks. 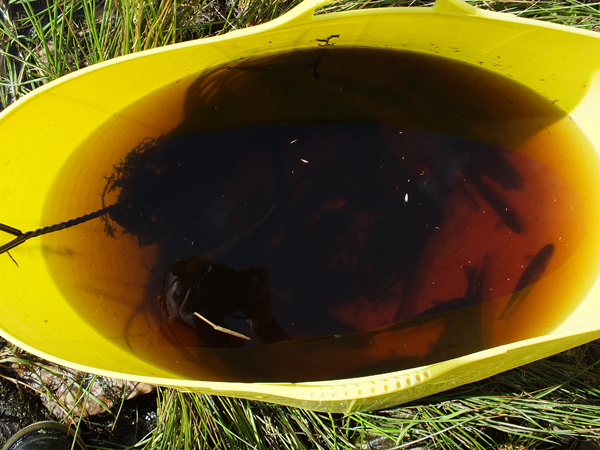 We finished surveying at about 5.30pm and as seems to be the rule, we stopped in Girvan for an ice cream on the way home. Helen is working through the flavours! 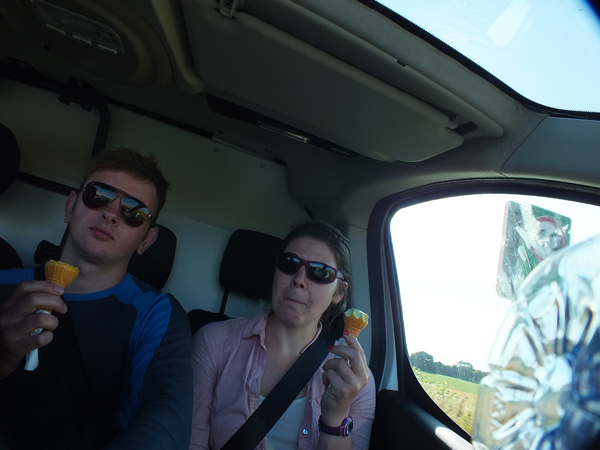 Annual timed electrofishing results on the Ayr, Doon, Girvan and Stinchar Too much ‘Assel’ getting to Markhill.
Share →
Tweet