Mixed results from the Coyle

We visited the Water of Coyle today to look at a couple of sites. One was new and the other hadn’t been surveyed for some time so I was keen to see how things were doing. The first site was at Coyle Water Fishery and included a variety of habitats, ideal for trout. The Cole has long been a favourite of mine and I used to enjoy a cast or two many years back. I never really caught much, but I could see decent trout in the pools and lived in hope. Now armed with electrofishing equipment, I felt I couldn’t fail but this morning proved to be a challenge.

The site behind the fishery was poor with only 3 fry and a handful of parr and older fish showing up. Perhaps this was due to the many deeper pools in the area that harbour the larger trout but the fry certainly disappointed in the riffle and run. The substrate was very compacted and this I believe is due to the silt load in the burn that cements the larger particles together. Not ideal conditions for good spawning. 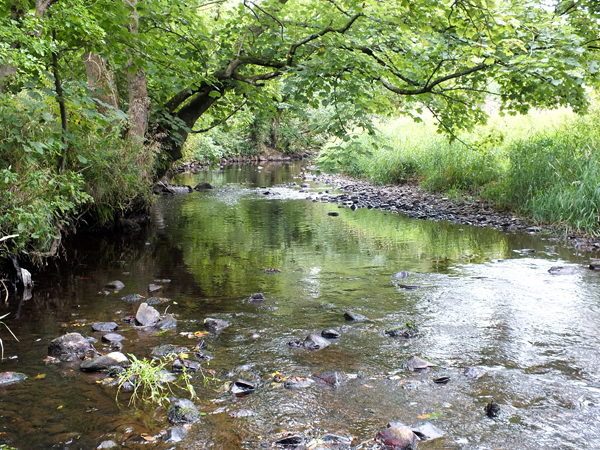 As we finished off we watched a kingfisher land on a tree just downstream. There was no shortage of minnows and sticklebacks to keep him fed. The deep pool immediately downstream of the site was too tempting for me and I had to have a quick look before we left. Within seconds, several good trout came to the surface and I left feeling reassured.

The second site was upstream of Drongan near the Drumbowie Burn and I’d fished this previously with Brian in 2009. Although fry numbers were significantly down on previous results, the larger fish numbers were up in all year classes encountered. The large boulders in the pool provide great cover for trout and several beauties came to the nets. These trout are just what we should expect to see in our rivers and burns and are as near perfect as any I’ve seen. I’m certain there will be a few ‘slunkers’ lurking in pools up and down the river for those willing and skilful enough to catch them. 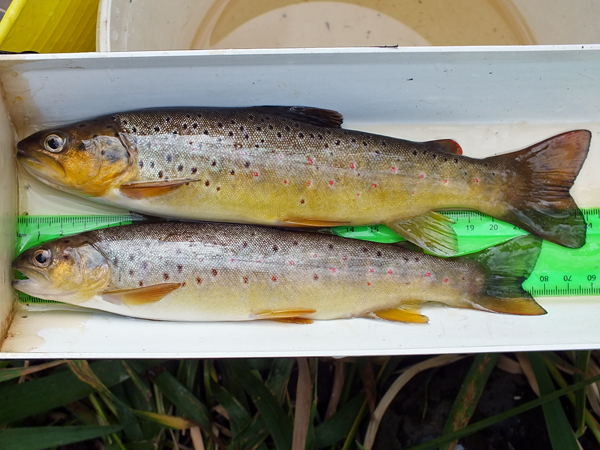 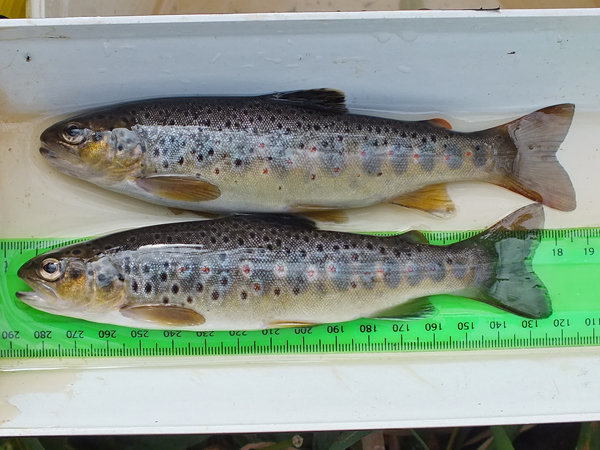 One Response to Mixed results from the Coyle