As all the Ayrshire Rivers were still too big to electrofish today, we decided to take a chance and head North to look at a few burns around Largs and Skelmorlie. These coastal burns are small and largely unknown to us so it was an interesting day to see new waters.

Last year Gillian and I fished the Meigle Burn in advance of a bridge replacement. This is a tiny burn and only accessible to migratory salmonids in the lower couple if hundred metres. The trout population was impressive from such a small burn and eels were abundant too. We revisited this burn today and again found trout and eels to be plentiful. A short stones throw away is the Skelmorlie Burn and we headed there after lunch. 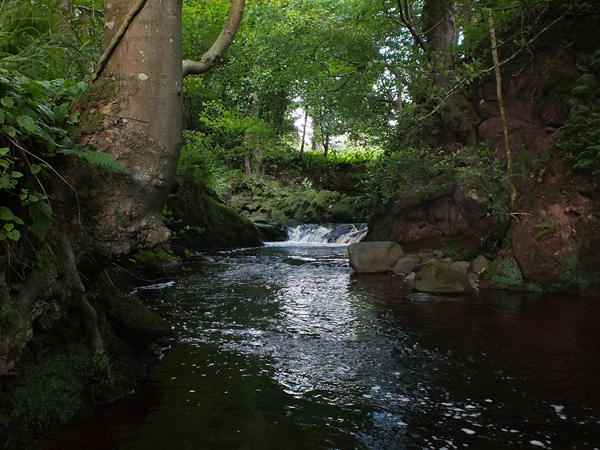 Skelmorlie Water a mile or so upstream of the sea.

This is a larger burn altogether than the Meigle which joins it at the coast road. Our chosen site was just a couple of hundred metres up from the tidal pool. It is comparable in size to the Culroy Burn on the Doon although it doesn’t appear to suffer from enrichment and erosion as  we see in more agricultural areas. We set out our stop nets and started fishing unsure of what to expect. The clear waters were peaty but visibility was good. By the end of the first run we were delighted with our catch and settled down to record it. I half expected salmon amongst the catch but unfortunately none were present. However, trout totaled 95 in the first run and I was very pleased with this result. I suspect that there may be a few sea trout slipping up both the Meigle and the Skelmorlie Burns and I will try to keep an eye on this as the season progresses. We caught a few more trout in the second and third runs and an odd eel too. 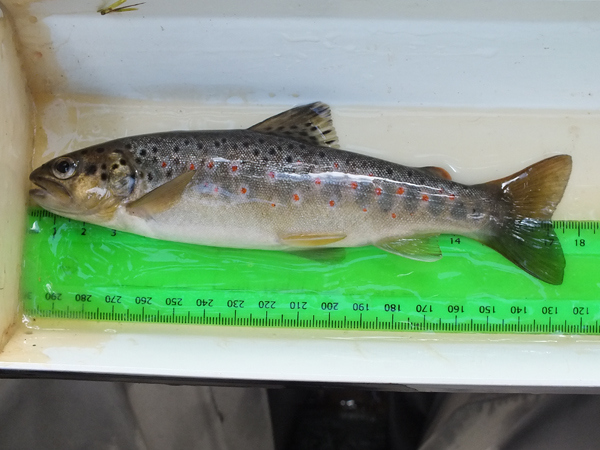 A stunning wee trout from the Skelmorlie Water. We noticed that most of the trout had a very ‘shouldery’ and streamline shape to them and I’d love to see a larger example. 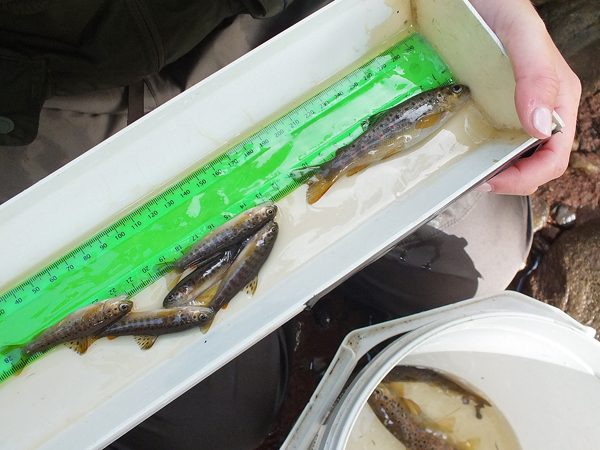 A great catch of trout fry

We performed a kick sample to assess the invertebrates. Although not abundant, the mix of invertebrates indicated that water quality here is good. I picked a couple of large stoneflies from the sample to photograph them and as I did, one shed the last of it’s exoskeleton in front of us leaving a soft and creamy white body exposed on my hand. The image below shows them before they were returned. Interestingly the Meigle had plenty of shrimps but the Skelmorlie had none. Our pH meter is unreliable at present so we couldn’t take a reading to see if there was a difference between the two as I suspect. 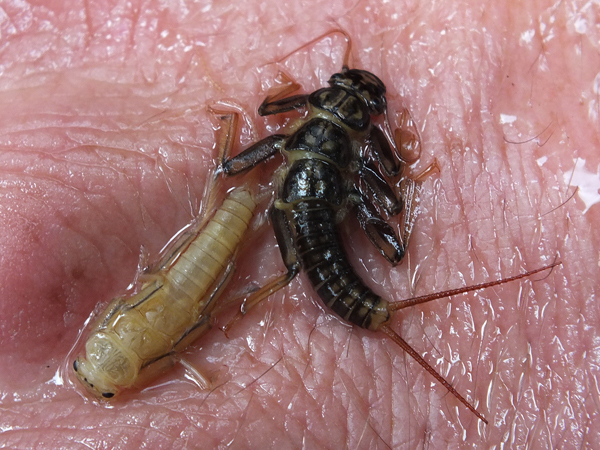 We will be back in the area tomorrow weather permitting and hopefully we will fish the Noddsdale and the Gogo which should be just as interesting.