I’ve been on holiday recently hence the lack of activity in the last week or two.

Two burns in North Ayrshire have been the focus of  fish habitat surveys in the last week. The Kelly and Skelmorlie Burns are short coastal burns rising on the Ferret of Keith Moor in Clyde Muirshiel Park near Largs and dropping rapidly to the sea down heavily wooded gorges.Both burns have good brown trout populations however access for migratory trout is restricted to the lower reaches due to the many waterfalls and cascades that restrict passage upstream. Surveying these burns was a pleasure as apart from minor modifications on the Kelly, they are largely natural in character which is a rare thing in Ayrshire. There are several spectacular waterfalls on each burn with deep plunge pools below. 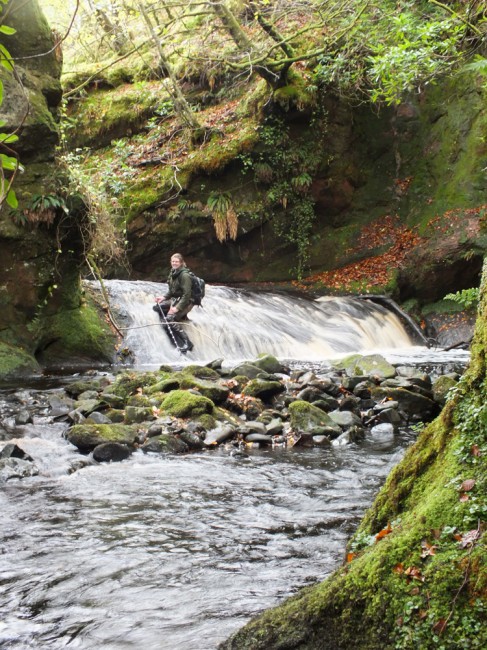 Helen climbing up a cascade (or taking a rest) 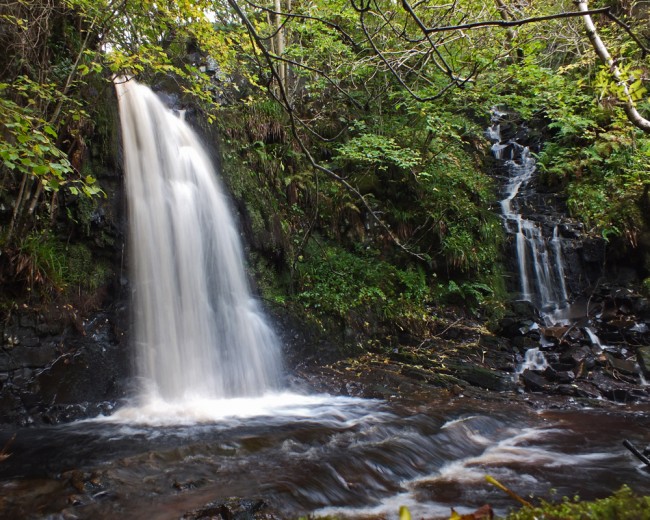 Waterfalls at the top of the Skelmorlie survey

Despite raised water levels on the Doon, we decided that there were still a couple of sites that we could visit. Although late in the season, I felt it worthwhile as trout haven’t yet started spawning in Ayrshire and I didn’t feel that we would be too intrusive. The Keirs Burn near Waterside in the upper Doon catchment was an unknown quantity as somehow, there doesn’t ever appear to have been any surveys undertaken on this wee burn. Access at the lower end is good and I fully expected to find a few salmon despite it’s small size. We didn’t but we did find a healthy trout population. There may well be salmon present but with slightly higher than ideal water levels we didn’t manage to find them but I will revisit this burn next year. We did catch one very brig male trout that had taken up residence in the lower section presumably waiting on female trout to move into the burn for spawning. It was a lovely yellow belly fish of around 2lbs in weight. 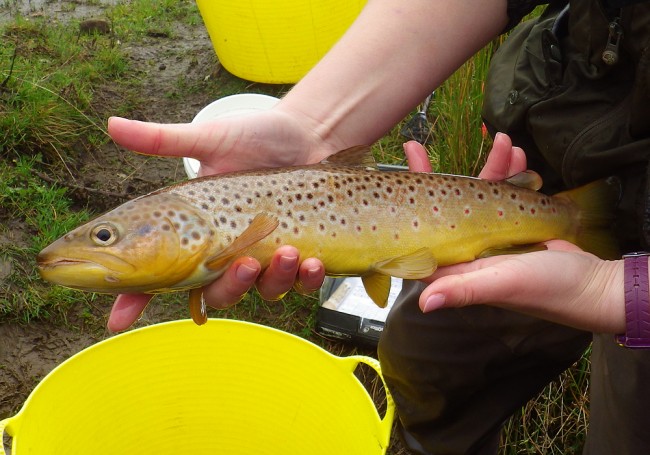 A lovely big trout from a tiny wee burn. It came from below a very undercut banking.

We headed up the Dunaskin Burn after lunch to fish a remote site high above the old railway museum. Salmon and trout featured in previous years and I hope to find both but when we arrived at the site, the raised water levels were obviously going to make it difficult. It is a fair hike to the site so we decided to have a go rather than head back to the van. Although results weren’t as good as previous years, we did manage both trout and salmon. I first visited this site in 2009 with Pete Minting and remembered that the trout were vividly coloured and stunning. The fish caught today were just as I remembered. 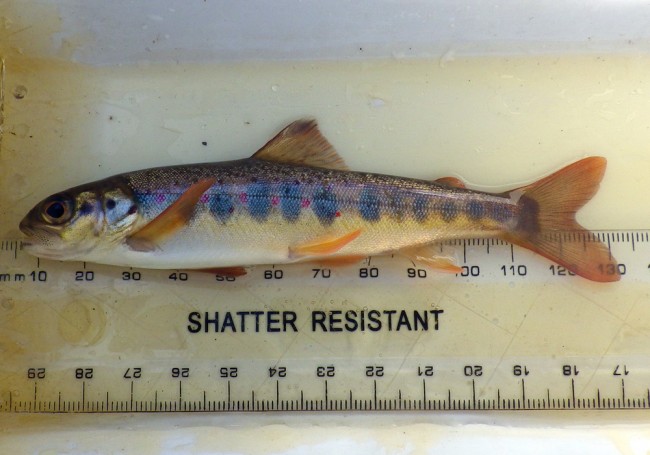 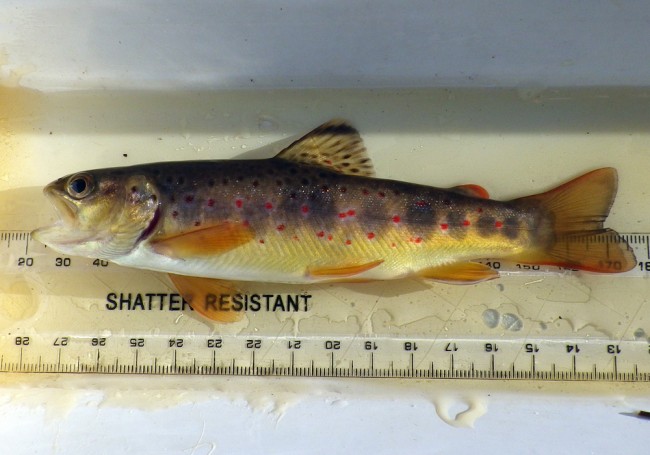 …and how about the colours on this wee trout. I don’t think I’ve ever seen nicer. 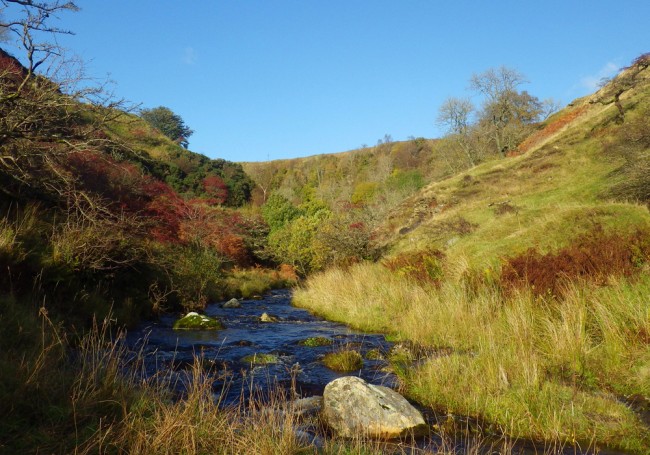 After a very grey start to the day, the sun broke through for a while this afternoon. Dunaskin Glen is a stunning place and well worth a visit.

Hopefully it won’t rain any more overnight as I’ve two other sites I’d like to visit tomorrow before we lose Helen as she finishes with the Trust tomorrow evening. This is a sad blow to the Trust but necessary as funding is increasingly hard to find and our resources are stretch to breaking point. We will all be sad to see her go but hopefully there is something better for her just around the corner.

Anyway, it would be nice for Helen to finish her time with the Trust with a memorable day so fingers crossed the weather holds out.