I received a call this afternoon from a concerned resident of Barr in South Ayrshire informing me of pollution on the Penwhapple Burn. I was concerned as this burn is important for both trout and salmon so I notified SEPA and set off into the wettest sleetiest weather.

Initially I checked the Penwhapple downstream near Old Dailly. It was filthy but I couldn’t be certain this was due entirely to slurry entering upstream. There appeared to be a high silt loading too but I couldn’t be sure. 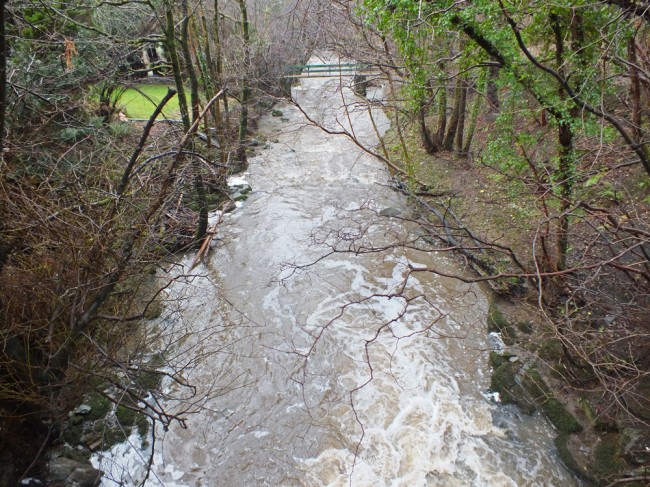 Penwhapple Burn at Old Dailly. Not looking very good but was this just silt or slurry?

Upstream at Hazlebank and Penwhapple Bridge, the burn was still very dirty. I continued along the road until I could see Laigh Assel Burn and it too was discoloured but not nearly as dirty as below the confluence with the Penwhapple Burn, so I concluded that somewhere on Penwhapple Burn catchment was indeed the main source of the pollution. I headed back to the Penwhapple Burn and after a short search, I found the Knockgerran Burn which was just as had been described to me, dirty green. 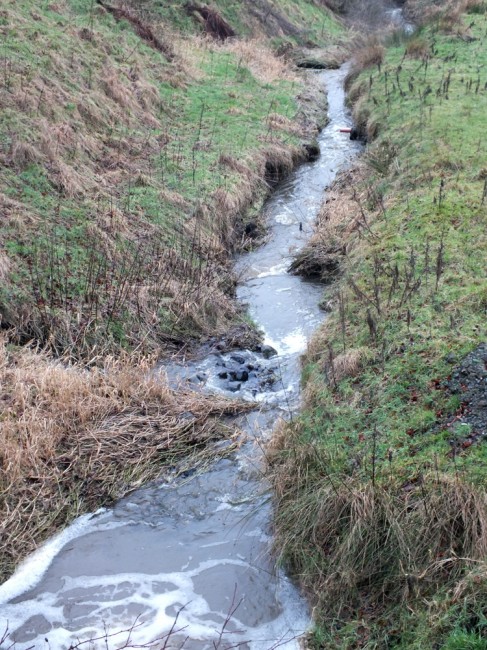 Knockgerran Burn just below the source of the pollution. Greenish in colour with plenty of evidence roadside to suggest that a considerable volume of slurry had entered the burn.

The report I received claimed that for some time in the morning, slurry had been running across the B734 at Knockgerran Bridge and entering the burn.  When I arrived around 2.30pm, greenish liquid was still running from the farm entrance, across the road and entering Knockgerran Burn. It looked like dilute slurry to me but there wasn’t as much as had been described, so I have to presume the worst of the pollution had already entered the burn.  Even so, there was sufficient evidence that there had been a much bigger spill. 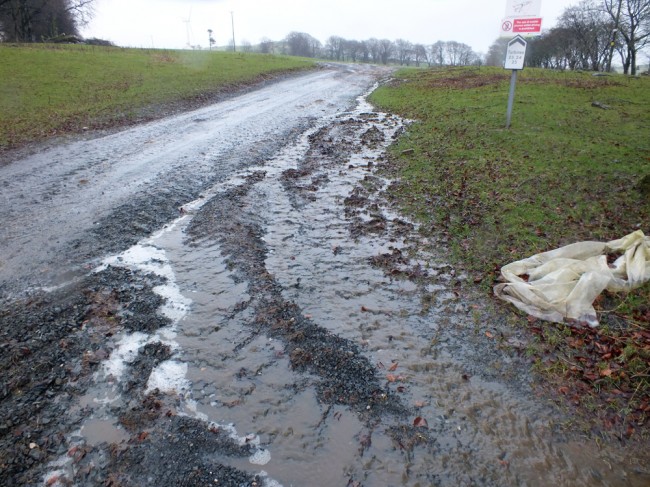 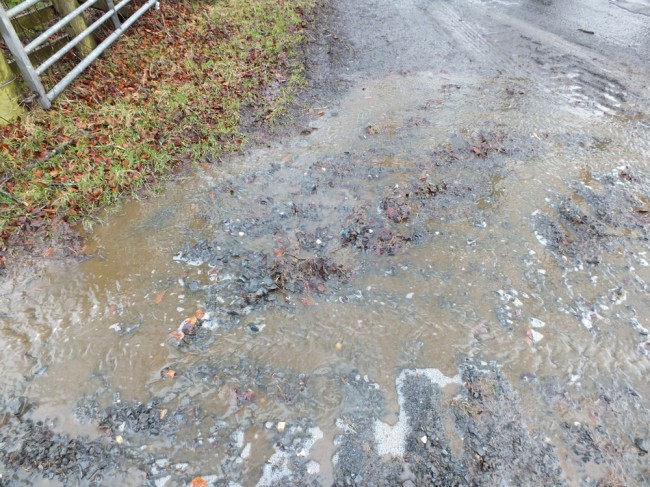 Not a huge volume running at the time of the photo but it was still running at this level 2 hours later. What impact will this have on the fish and invertebrate populations?

I went further upstream on the Penwhapple Burn and it was running clear. I did come across a tractor and trailer at the roadside with a puncture; nothing surprising about that but the trailer was full of what I would describe as almost liquid manure, some of which had spilled onto the road as it parked up. It may have been slurry, I’m not certain but what concerned me was, ‘why slurry or manure was being moved in such wet conditions and to where?’ 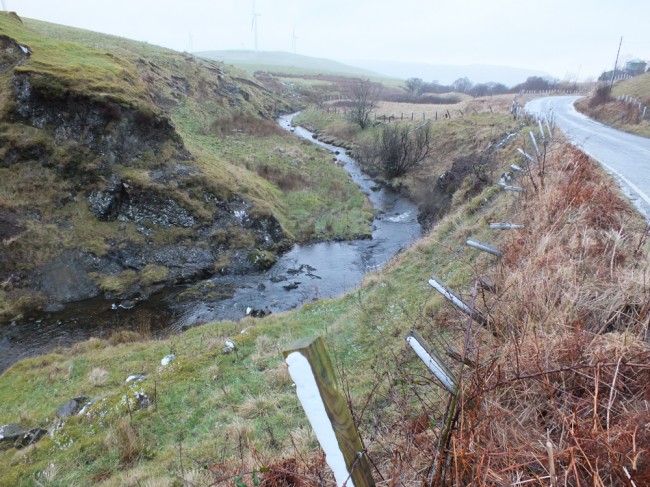 A short distance upstream and the Penwhapple Burn was running clear as would be expected downstream of a reservoir. 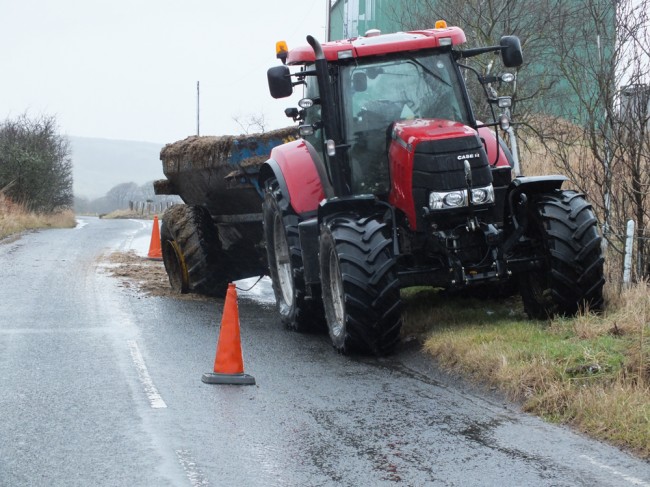 This rig was parked up between the reservoir and Knockgerran Farm with a puncture. I don’t know if there is any connection between the owner of this tractor and trailer to the source of the pollution, but it does raise some concern that anyone was moving manure/slurry on such a wet day. Where was it going and for what purpose? Surely no one was spreading manures on such a wet day and on waterlogged ground?

I headed back towards the farm where I met two SEPA officers taking water samples. They agreed this wasn’t a good situation and I left them to carry on with their work as it wasn’t weather for chatting. I didn’t see any dead fish which isn’t that surprising in such high water and dirty conditions, however tomorrow may be the day to look for such evidence. I expect that fish will struggle to survive but lets hope.

If anyone has any time available tomorrow, please have a walk on the lower Penwhapple and the Girvan downstream of where the burn enters the river. Take a camera and photograph anything that gives cause for concern. Report it to SEPA through their Ayr number (01292 294000) and request an incident number. This number links to a answering service if no one is in the Ayr office. I’ll try and attend but I have other things arranged too. Please let me know of anything out of the ordinary. You can leave a message at our office (01292 521223) or my mobile which I’m sure most already have, or message me on Facebook. If you need my mobile number then get in touch with the Girvan Bailiffs or Tom Thompson. (I don’t really want to publish it here).

PLEASE NOTE THE OLD PHONE NUMBER WILL BE CUT OFF AT SOME POINT NEXT WEEK. OUR NEW MAIN NUMBER WILL BECOME 01292 521223 AND IS ALREADY IN USE.