Of all the Ayrshire rivers, the Stinchar is often thought of as being without too many water quality issues but of course there are some and after visiting the Girvan yesterday, I carried on to the upper Stinchar for a quick look before the light faded.

During high rainfall events, sediment loading has to be expected, it happens, however some areas are worse than others and understanding the root cause of problem siltation is important if anything is to be done to improve the situation, if indeed anything can be done.

I headed down the Assel from Barbae and Tormtchell area. The Barbae Quarry culvert was dirty and I presume much of the problem here lies with run off from the quarry. It doesn’t appear to be in use and I’m not sure it ever has been since it was opened just a few years ago. After stripping the site and excavating a large area of hillside, it seems a pointless  exercise if it is not going to be used. Somewhere in my poor memory bank I seem to recall there was a problem with  the quality of stone which halted production but of this I can be certain so I’d better not say any more until I find out the facts. It would be good to think that if it is of no use, then restoration would follow soon. I’ll see what I can find out.

Livestock poaching beside the Barbe burn was evident and runoff was heavily silted and colouring up the burn too. Fencing may help to reduce the silt load in some areas.

Downstream where the Barbae meets the Assel both streams were coloured and this increased the further downstream I went. The Assel is highly mobile and would benefit from some tree planting to stabilise the margins but again fencing would help. This has been attempted in the past in some areas but the buffer between the fencing and burn wasn’t large enough and in just a few years some fences were left hanging. Of course, the Assel does contribute a huge amount of good spawning substrates to the system and a balance should be found. By the time I reached the Wee Stinchar at Asselfoot, the Assel entered the main river as a dirty plume, but the upper river was dirty too. I took this photo from the bridge on the Barr road about 0.5km downstream of the Assel confluence. I can’t recall ever seeing the river as dirty as this. 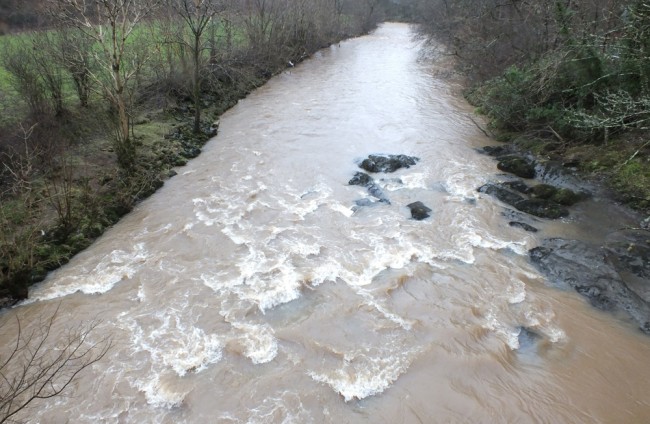 The Wee Stinchar downstream of Asselfoot. I don’t think I’ve ever seen it as dirty.

Heading upstream the burns entering the river were contributing to the silt issues, some more than others. The Balligmorrie Burn was particularly coloured. It is a high energy wee burn running off a steep hillside. 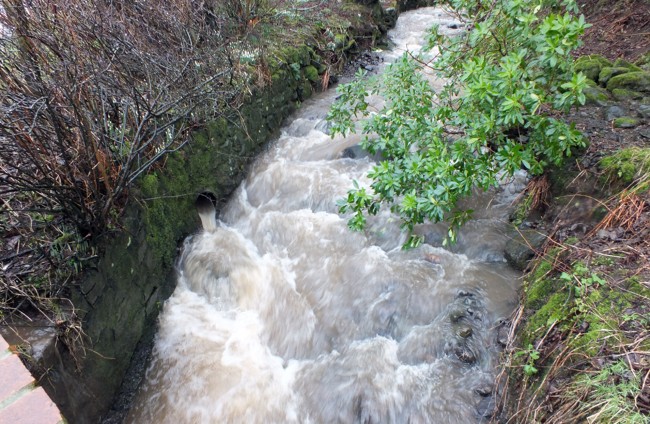 Balligmorrie Burn was adding to the silt load. I’ll look at the possible causes of this in low water.

Further upstream I noticed the river was clearing but Minuntion Burn was obviously contributing to much of the colour downstream. I had a word with the landowner who indicated that the problem was a series of small landslide further upstream. I went for a walk and although there were some minor slides, I couldn’t pinpoint anything in particular that was responsible. The further upstream I headed, the clearer the burn became but not silt free. It is probable that in such a steep wee burn that high rainfall events will always disturb sediments and cause this type of problem but the landslides weren’t helping. It doesn’t take much sediment to change the colour of burns as we have seen elsewhere in Ayrshire over the years. The burn margins have been planted in the past to attempt to stabilise the bankings so I’m not sure there is anything more that can be done at this point in time. I will have another look in low water to see what else I find. 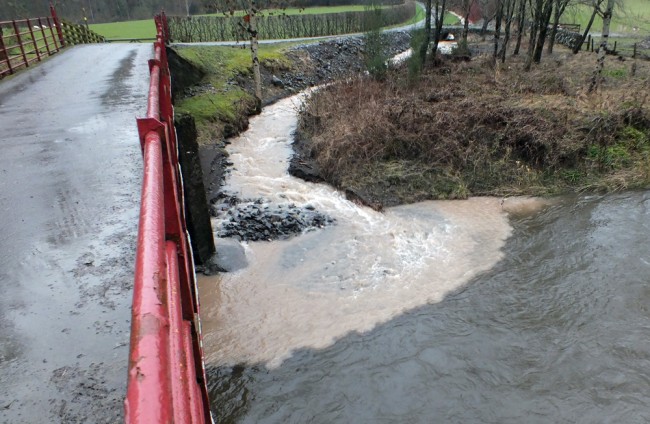 The Minuntion Burn entering the upper river. This burn can be seen to contribute much of the silt loading on the river. In such high rainfall events and on a steep burn, this scenario appeared to natural and I’m not sure at the moment what can be done to improve the situation. 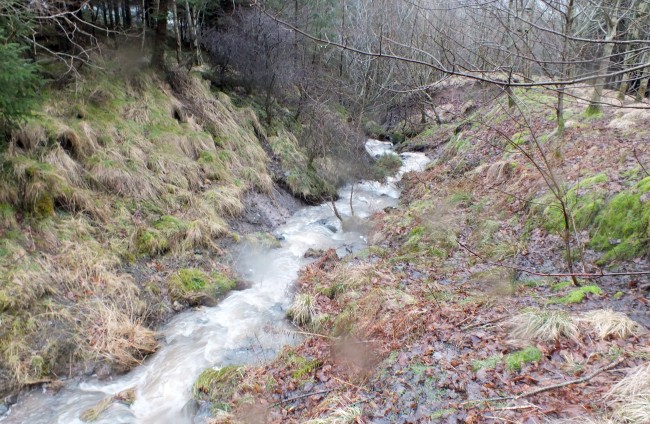 High up the Minuntion Burn and the sediment loading was considerably reduced but it was still there. A landslide is visible in the distance but it wasn’t the sole cause of the silt. High energy burns such as this will always be mobile and worse at some times more than others.

Light was fading fast so I decided to call it a day and headed home. I did come across a poorly placed feeeder ring at the Traboyack and this type of problem should be easy to address. 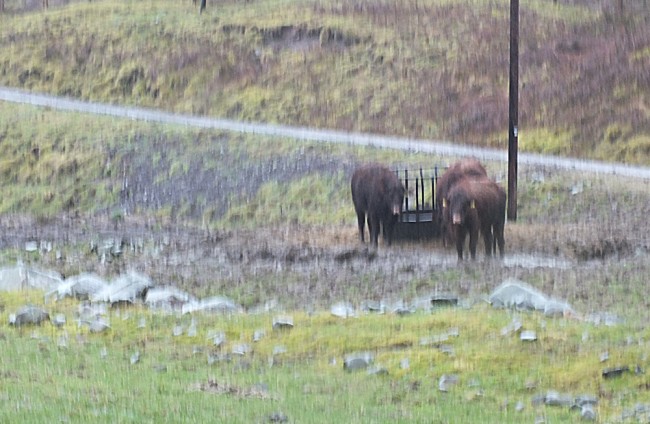 Poor positioning of a cattle feeder ring beside the Traboyack Burn. The burn is out of sight between the row of stones and the cattle. Apologies for the poor photo but the light had all but gone.

So even though we think of the Stinchar as a clean river with fewer problems than others locally, there are areas that can be improved and others that warrant further investigation. The Board are keen to address issues that can be resolved and we will work with them to find solutions wherever possible.