I’ve been visiting farms in the Doon catchment to encourage them to fence burns and water margins. The Doon DSFB has generously agreed to fund between 40 and 50% of the cost depending on the priority and expected benefits that will be achieved. I’ve added a couple of photos below. The first two are from the same burn showing the difference between fenced and unfenced margins on the Dalcairnie Burn. This fenced area was done several years ago funded by an agri-environment scheme. 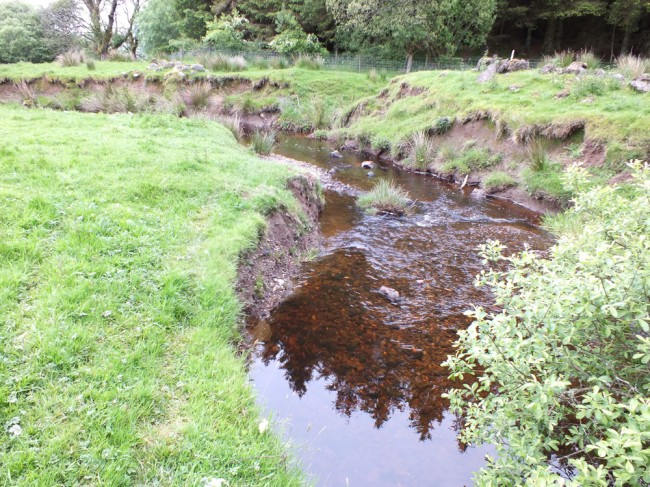 Livestock driven erosion on the Dalcairnie Burn in an unfenced section. Fencing may be a difficult option in this location due to the narrow access in some areas. It may be that we consider some green engineering in conjunction with limited fencing to deal with the worst areas. On the whole the unfenced areas was pretty good as it is only sheep that appear to graze this field. 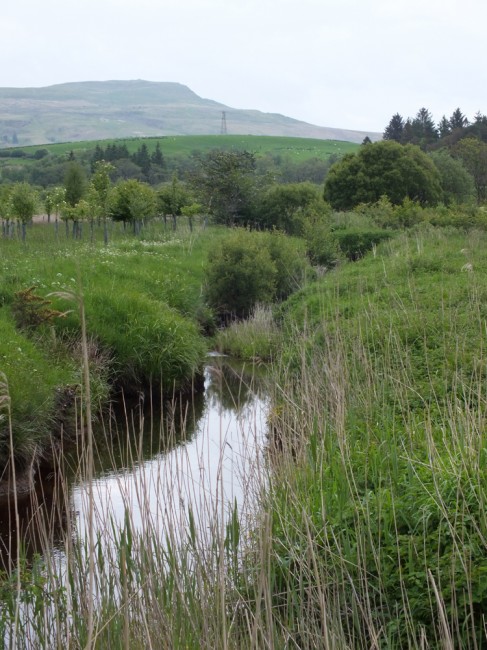 The Dalcairnie Burn a short distance downstream of the location in the last photo. Here fencing was installed a few years ago and the habitat is much improved. The burn is narrower, deeper and more varied in flow pattern. The margins are draped with vegetation and undercut in places offering cover to fish. Justification for fencing if it was ever needed.

The burn below is the Glessel Burn which doesn’t need any fencing really and water quality is good. This used to be an important sea trout spawning burn years ago but sadly no longer, but we live in hope. 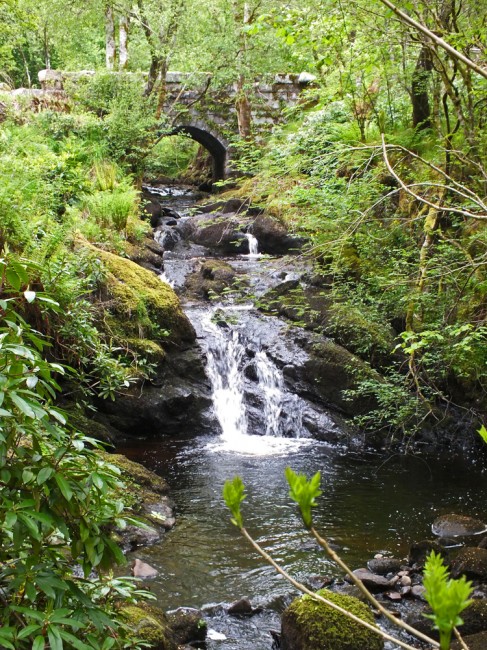 A lovely wee burn that is only accessible to migrating species in the lower reaches below these falls. It is a combination of several falls and rocky slides that limits migration rather than just the falls.

Below is the Purclewan Burn that we fenced for the Board in 2012 with their financial input. This short stretch was very badly impacted from cattle entering the burn for watering. It was overwide, shallow and silty. The banks were bare. It had developed into a braided channel and this remains but it is narrowing and the marginal vegetation offers cover to fish. In time I expect this will change further, perhaps returning to a single channel. 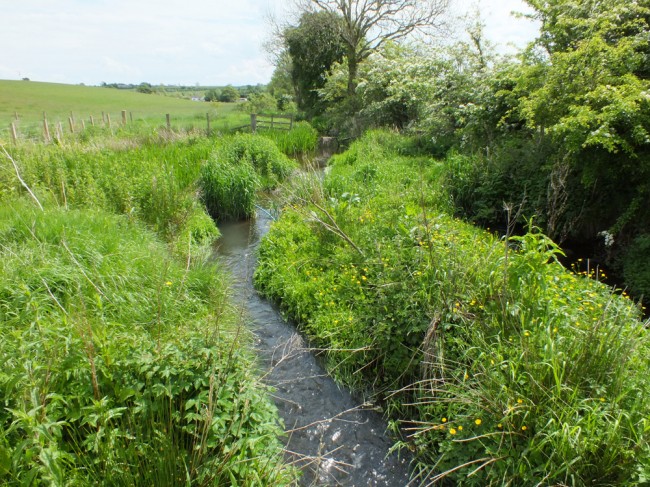 On the left of the photo, the lush marginal vegetation has developed since 2012 when the fencing was erected.

On the whole the important areas have all been visited and some landowners are very keen to have a quote. I hope to have several key farms signed up this week. Once the first round of visits and quotes are completed, we will move onto other areas if any funding is left.