This morning I headed to Catrine to see what progress had been made to Andersons. Unfortunately there was no progress to erect formwork or pour concrete but after speaking to the site agent he informed me that they would hopefully be starting today. 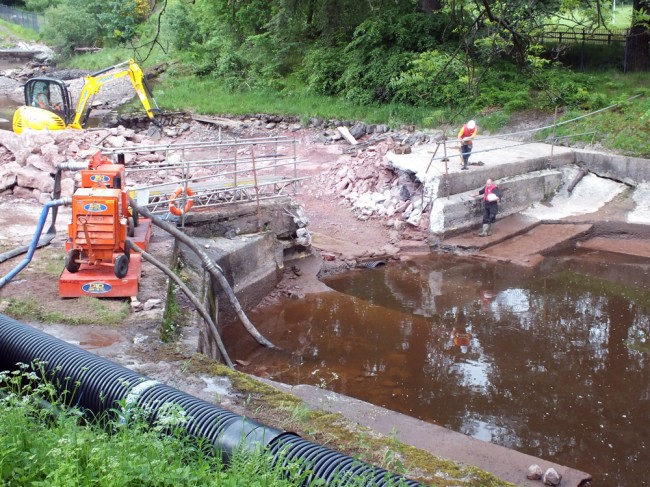 The temporary by pass pipe has been installed at Anderson’s and work to reconstruct the opening will now go ahead. This pipe will allow the contractor to keep the site dry when concrete is being poured. This pipe will be filled with concrete once this work is completed.

I had a look at the rest of the site and the pipe extension to the fish pass. I raised concern that the intake of the coffer dam (which has to be flooded daily to protect the ancient timbers) may also draw fish in as they pass through the pipe. I suggested some wire mesh to screen this but the agent agreed to close it once the dam is flooded. Happy with that response and the knowledge that we would soon see unhindered passage I left to allow them to get on with the works without further distraction from me. There was an archeologist recording points of interest within the coffer dam… each to their own, I’d rather work with fish. 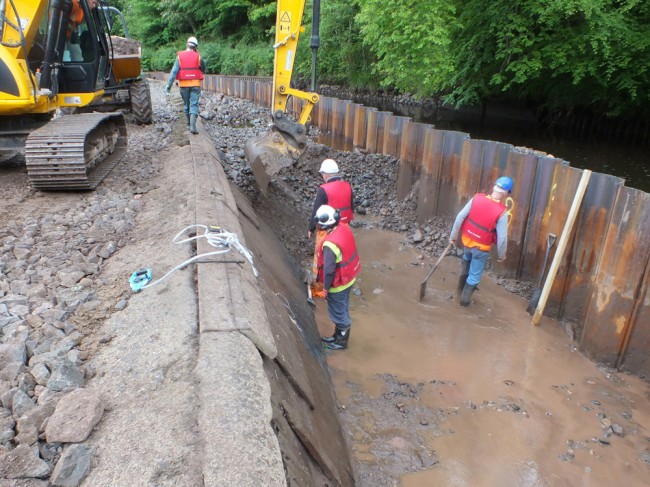 An archeologist recording points of interest behind the dam. The timber boards that form the face of the dam can be seen and they must be kept damp to avoid deterioration, hence the daily flooding of this section.

After a day working on various things, I headed back to the dam as I was keen to see the progress and how the fish pass looked with full flow going through it. When I arrived there didn’t appear to be any progress to Andersons regarding formwork or concrete which surprised me as the weather isn’t going to hold much longer.

What really concerned me most tonight was the pollution heading downstream. Judge for yourself but I assume this will impact on any anglers pleasure for some distance downstream and can’t be good for the river habitat or ecology. I recorded some photos and will report this to SEPA in the morning. I would have phoned it in this evening but I know a bailiff reported has already reported it to SEPA so it will be logged and they may have responded. I can’t imagine that this is acceptable and I previously highlighted  my concerns to SEPA about 3 weeks ago about the lack of silt protection at this point. 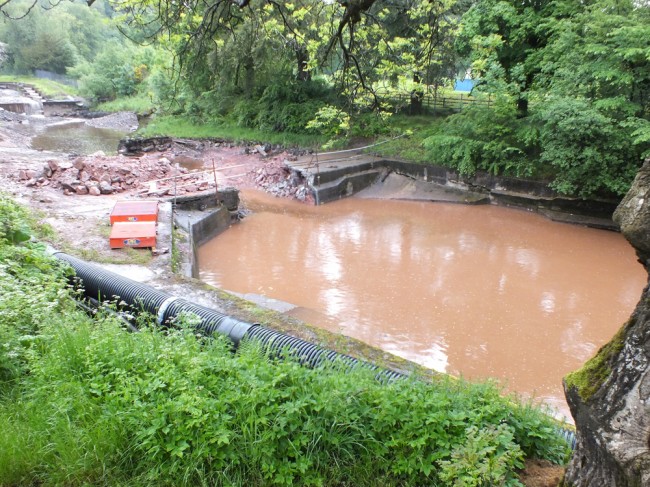 The site at around 5.45pm this evening. The river upstream of Anderson’s was clear. 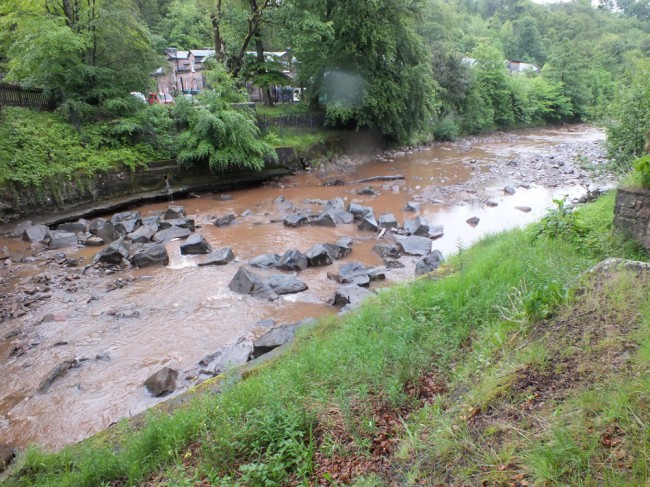 The stretch downstream of Anderson’s this evening. I find this disappointing and frustrating to say the least. Water upstream was running clear. I expect there will be a few disgruntled anglers locally.

I looked at the fish pass when I was there this evening. It was running at nearly 0.5cumes per second (but not quite). It looks as though the turbulence and entrained air that has long been a problem has been dramatically reduced and that’s good news. Once the top end is sorted out, I’m sure this will be a much more fish friendly pass than it has ever been since it was installed. Progress is being made. 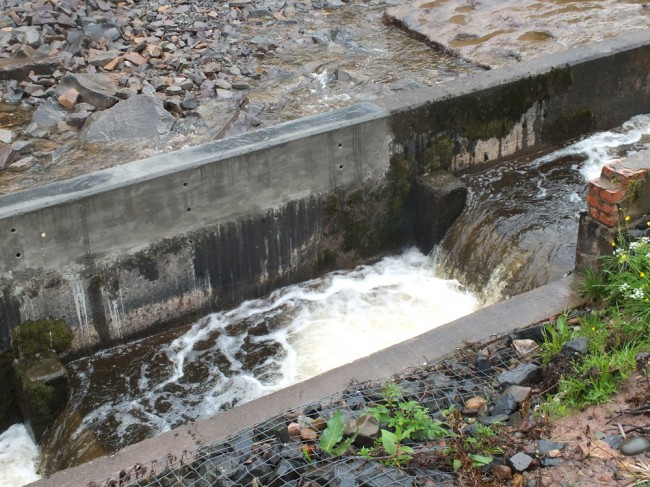 Reduced turbulence and entrained air. Lets hope the fish agree that this is much improved. The newly extended concrete wall can be seen at the top of the photo. We did expect more walls were to be increased in height but the contractor informed me that this was the only one included in the bill of quantities.

There are still a couple of issues at the top of the fish pass that need some sorting. The coffer dam intake needs a small screen to prevent fish going in overnight. This may be unlikely but a simple weldmesh screen is a safeguard that seems sensible. I’m sure no one want’s to have to lift fish from the back of the dam before they can start work in the morning. I’ll raise the other concerns I have with the site agent in the morning and see what he says but these are relatively minor improvements that may really help the fish move through safely. 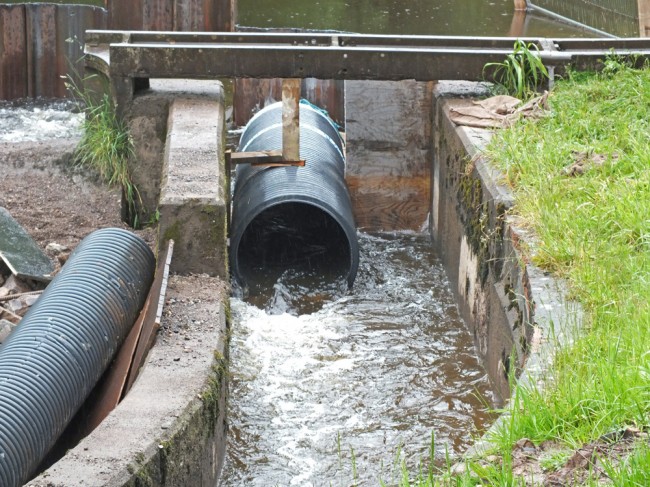 Perhaps a few modifications that I will suggest could improve things considerably at the top of the pass.

There have been heavy showers this evening in the Ayr catchment but perhaps not enough yet to bring a spate. Hopefully the contractors won’t be hampered with rising water in the morning. We really need this section of the job completed quickly so that the fish can pass through freely when they do arrive in greater numbers.