I was just in the door this evening when I received a call from two Irvine Bailiffs concerned about pollution they had found on the Hag Burn near Galston. They had called SEPA at 4.30pm but were told that someone would try to attend tomorrow. They didn’t feel this was good enough so called the Trust. 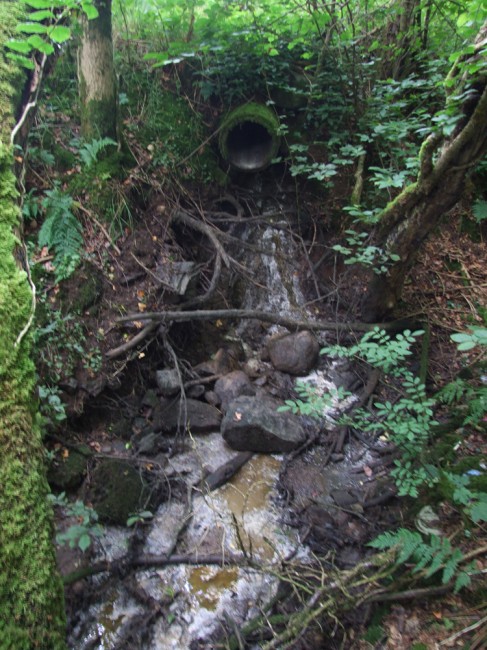 The discharge doesn’t look like a large volume at the moment but the impact downstream is huge.

My daughter and I jumped into the van and off we went to Galston. Sure enough there was pollution in the burn and quite horrific it was too. We walked from the road upstream until we met the bailiffs and then continued to the source… a pipe at the back of a farm steading. I suspect that silage effluent is responsible and will be contacting SEPA first thing in the morning requesting someone attends.  When I see a pipe discharge causing such devastating pollution, I am inclined to believe this is a deliberate action rather than an accident. There can’t be a farmer in the land who doesn’t know the requirements for dealing properly with silage liquor and other liquid products/wastes. 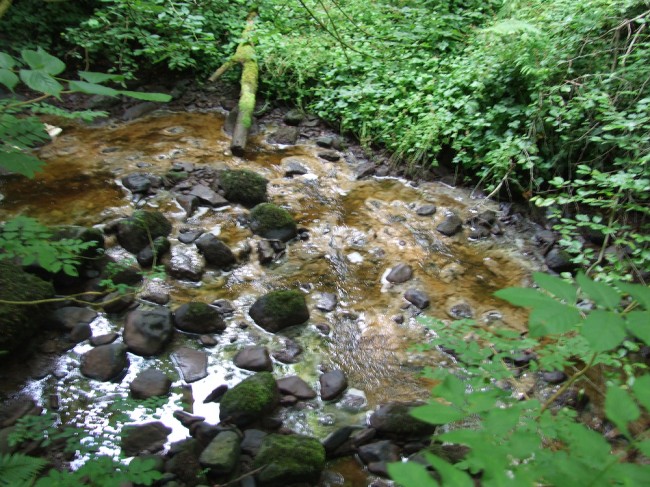 The impact on the burn some distance downstream. The smell was strong along the length of affected burn.

This hasn’t just happened in the last day or so, this has been going on for some time and consequently we didn’t find any dead fish. I did look for fish and didn’t see any apart from near the main river about a mile downstream. The bailiffs informed me that the same farm has been responsible for pollution before. We have been looking to improve fish passage on this burn and have a meeting arranged with a fish pass consultant on Monday. Brian Shaw previously recorded occasional salmon as far upstream as the source of the pollution. We had planned to electrofish this burn this year and still will. I don’t however expect a good result below the pollution source.

6 Responses to Pollution on the Hag Burn, Irvine catchment.