If you haven’t heard about the Scottish Governments Wild Fisheries Review that is underway, now is the time to get informed. The Government commissioned Andrew Thin and an independent panel to review the DSFB system and wild fisheries management within Scotland and make recommendations to the Government to take forwards for the future.

I’ve attached the June update bulletin as I feel every angler should know what is being proposed for Scotland’s Wild Fisheries (the proposal is still being developed). The June bulletin may raise some concerns or support but every angler should have an opinion on what is afoot and I’d encourage you to write with comments to Andrew Thin before the deadline for submissions on the 15th July.  There shouldn’t be a DSFB member out there that isn’t up to speed with developments and know what way this is heading. Similarly anglers from all different species interest should also know the details of the review. It will affect every one of us.

If you don’t have your say now, it will soon be too late. Key points that appear to be currently under consideration or have been discussed around the various meetings held across the country:

Quotas on salmon and possibly other species harvested

Elected members on the LFMO’s but also may include SEPA, SNH and Marine Science Scotland representatives

Probably one LFMO for Ayrshire but not certain. The LFMO may in fact cover a greater area than this, we don’t know yet

Fixed Levies on rivers set across the country by Government with additional top up as seen necessary by the LFMO to support management priorities (bailiffing, habitat improvements etc etc)

LFMO to collect data under contract to the Government. The required data would be decided by Marine Scotland Science or possibly other Government agencies

Rod Licences may be an option to raise further funding but this may be in conjunction with increased rights of access e.g. trout anglers may be given the right to access what have been strictly salmon only beats to date 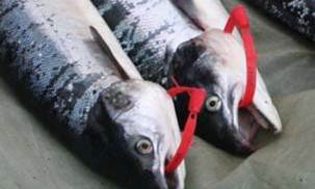 You must read this for yourself and decide just what may be proposed and where this review is heading. If you don’t submit a reply in writing yourself, at least ask your club, or riparian owner to make representation with their thoughts before the deadline of the 15th July. We are happy to discuss this with anyone who is interested.

IF YOU WANT TO READ ALL ABOUT THE REVIEW THEN FOLLOW THIS LINK TO THE SCOTTISH GOVERNMENT’S WEB PAGES WHERE ALL THE LINKS CAN BE FOUND. The June Bulletin is included below in full.

Welcome to the fourth progress bulletin to be issued by the panel appointed by the Minister for Environment and Climate Change to conduct an independent review of the wild fisheries management system in Scotland. Thank you to everyone who has submitted written contributions to the review over the past few weeks. We now have a large amount of material to consider, complementing the feedback that continues to be gained through meetings with stakeholders up and down the country. The panel met on 23 June to consider current progress with eight core work streams. The panel also agreed work priorities for July and had a preliminary discussion about its final report, drafting of which will begin in August.

Further progress has been made to more tightly define the panel’s thinking on local Fisheries Management Organisations (FMOs). These will provide the heart of the new system, with a strong emphasis on decentralisation and local empowerment within a national framework. FMOs will be required to fulfil most of the functions currently carried out by fisheries boards and trusts, and they will need to have the capacity to do so effectively. The panel is now working on criteria to define “approved body status” for FMOs, which are likely to include arrangements to ensure openness and accountability, effective management planning and delivery capacity, as well as core skills and competences. Consideration is also being given to the possibility of reserve powers that may be required at a national level to deal with areas of the country where, for whatever reason, it proves impossible to ensure coverage by an approved local FMO.

The panel’s thinking on the best way to deliver an effective national leadership function also continues to evolve. There is a growing consensus that this might be some sort of Wild Fisheries Unit within an existing public sector organisation (potentially Marine Scotland), headed by a senior figure of appropriate stature and expertise in fisheries management, and reporting to Ministers perhaps with the title of “Wild Fisheries Commissioner”. The unit should bring together existing expertise from across government, including from within Marine Scotland, SEPA and SNH, in order to better coordinate existing capacity. It will need to have the ability to lead and ensure the delivery of national priorities through local FMOs, while at the same time remaining sufficiently hands-off to ensure effective empowerment with respect to local priorities.

The panel continues to grapple with the challenges relating to funding. It now seems likely that the panel will recommend continuation of some form of salmon assessment as the core income source, possibly set partially or wholly at a local level and collected through a single national system. A great deal of thought is also being given to the pros and cons of a fishing licence, recognising that unless payment of a licence fee delivers clear benefits it may not prove popular with many anglers. In this respect the possibility of creating public rights to fish in certain circumstances (and subject to possession of a licence) is being explored, as is dedicating any funds raised to supporting new young anglers and increasing wider participation.

A paper was considered by the panel on 23 June in relation to skills development, training and continuous professional development requirements in the sector. This is an important area of work, and is likely to inform some of the recommendations relating to approved body status for local FMOs. High standards of professionalism will be vital not only in ensuring effective delivery of wild fisheries management on the ground, but also for the credibility and status of the FMOs themselves. In this respect the panel agreed to consider further the possibility of requiring the boards of FMOs to undertake relevant training, and to build this into the thinking about a national leadership function as well.

There is a clear recognition by the panel that it will have to recommend an effective mechanism for better controlling the number of fish killed where a species or population is under conservation threat. This is of particular importance at the current time in relation to salmon, but may also apply to other species both now and in the future. It is likely that any system recommended by the panel will be founded on introducing a ban on killing fish of the defined species without a licence to do so, combined with an effective licence issuing system that includes provision to set quotas (controlled via numbered fish tags) and date limitations.