We were contracted to look at two of the less well known rivers across Ayrshire, the Noddsdale and the Gogo. Plans to develop a hydro scheme on the Gogo required that some assessment of the fish population was undertaken. Last year we spent some time at both rivers and were disappointed to find no juvenile salmon on either water. We headed there hoping that we would this year find evidence that this species still runs either or both rivers. After speaking to local club members last year we were informed that there were still a few salmon running the Noddsdale but there had been no reports on the Gogo for some years. Both last years results and those from today failed to produce any salmon at all. Trout on the other hand appear to be doing well, especially on the Noddsdale. We were very impressed last year with the quality and number of trout we found  particularly in the lower Noddle (as it is known locally), prompting us to speculate whether many of these trout were in fact of sea trout origin. 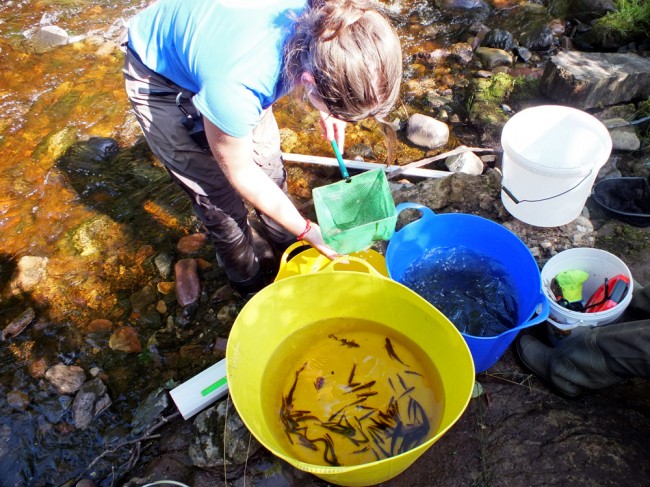 Recording the catch at the Nodsdale Burn

We still can’t answer that question with any certainty but there’s no obvious reason why the isn’t the case. We fished a site further upstream today and again the trout population was excellent. 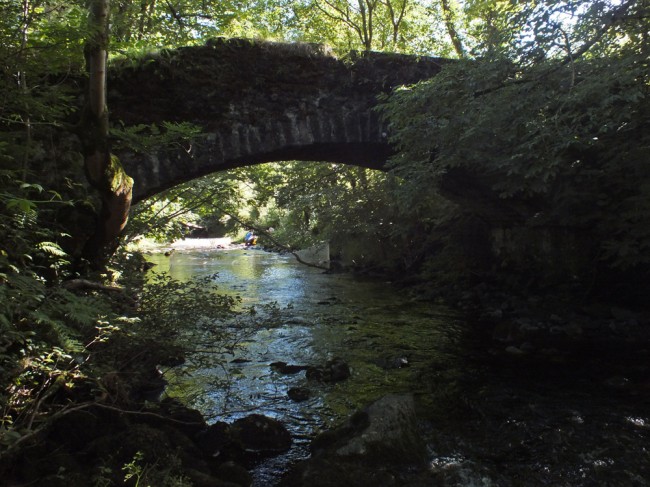 The Gogo by comparison was poor but still results weren’t bad. The Gogo has been heavily modified and has two barriers to migration only a short distance from the sea. The fist was rendered completely impassible only a few years ago when a local developer renovated a property and stabilised an ancient bridge apron. I remember attending this with Brian and a local SEPA officer trying to ensure that the regulator would insist that fish passage was maintained. Sadly I suspect this structure is now completely impassible. Regardless, just a short distance further upstream another man made barrier exists and is in such bad repair that it is now completely impassible. The lower river habitat is dominated by boulders and cobbles and spawning opportunities are limited. Upstream of the barriers, the habitat is slightly better but still spawning is limited. The trout population in the upper reaches is isolated and cannot be repopulated naturally should any disaster befall them. The gogo is a lovely river but one of steep gradient and high energy and given heavy rainfall, it quickly rises into a raging torrent. What a shame that the salmon that once ran this river appear to have been lost. 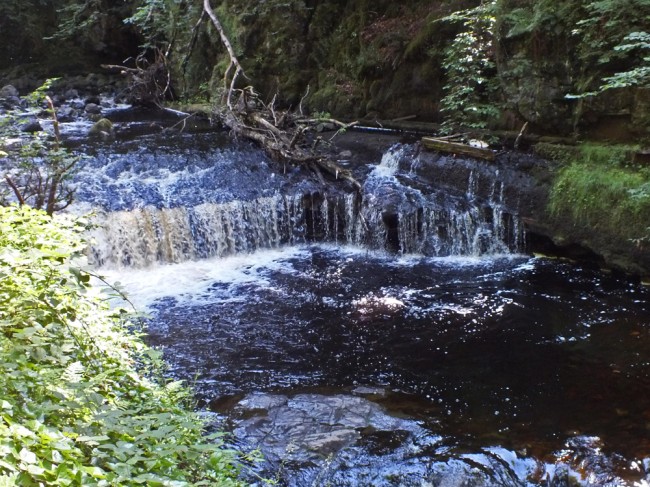 The upper barrier on the Gogo which is in a state of partial collapse. It would be great to think that someday we may be able to find funding to improve passage at this and the other barrie downstream.

One Response to North Ayrshire Surveys