Another day on the Garnock CIRB – Isle Of Arran

After last weeks surveys on the upper Garnock, we returned this morning to complete the electrofishing above the Garnock Weir. This is remote and inaccessible habitat so we were glad that the rain was off and the sun was trying to break through. Loaded like pack horses we set off across the heath to the top of the bank. As we peered into the valley floor, we could see the weir in the distance and eventually agreed on the best route down which we took, slipping and sliding most of the way. 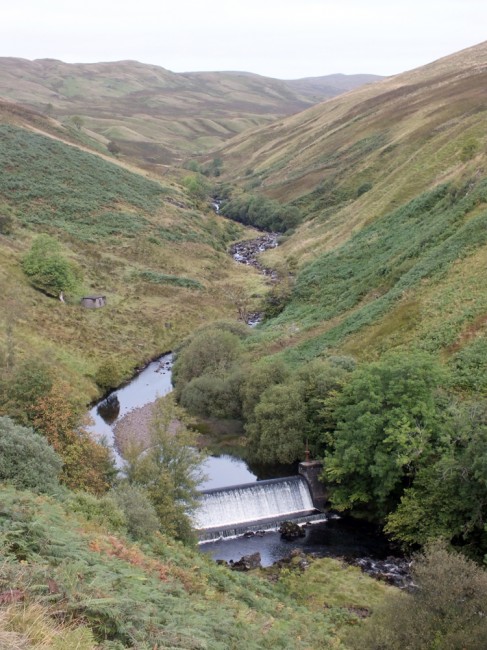 We picked our electrofishing site above the weir and set up the stop nets and set about fishing an area that as far as the Trust is aware has never been electrofished before. It still hasn’t! Our electrofishing equipment failed on us yet again despite just being returned by the manufacturer as in perfect working order! We tried everything we could think of yet couldn’t get the kit to spark into life. Struan even returned to the van in case it was the battery pack but even so, it still refused to work. Frustrated, disappointed and very annoyed, we decided to have a good look at the weir before heading back to the van. 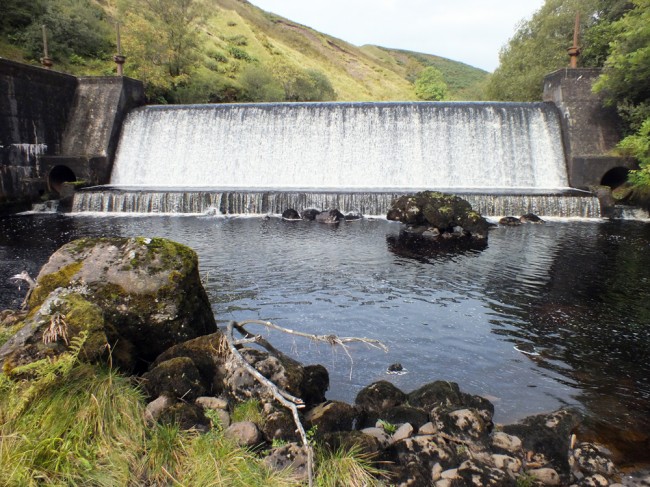 It is a domineering structure, quite out of place in such a beautiful and otherwise unspoilt landscape. At young 15-18′ high, it is clearly impassable and the upstream limit of salmon and trout migration. I was surprised to see discarded fishing line and tackle wrappers lying beside the weir so obviously someone has been here recently. A bubble float hanging from a branch upstream of the weir confirmed this. I expect there are quite a few good trout in the pool above the weir and Struan spotted a few rising. When we return, maybe we should take a rod! 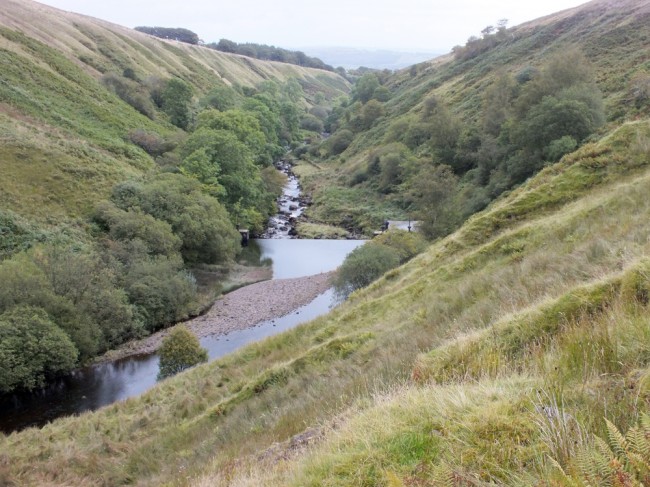 Looking downstream over the weir as we headed back to the van. The gravel and sediment built up behind the dam is excessive and  lacking in the section downstream which inevitably reduces spawning potential. Just one of the problems with weirs.

The long and the short of this trip was that it was a complete waster of time as we will have to return again once the back pack is repaired. Tomorrow I’m heading for Port Patrick to meet the service engineer who’s planning to sail over from Ireland for 10.00am. He assured me that he will have us back in business by the end of play tomorrow but I’m very peeved with the manufacturer who had the kit back in Germany just two weeks ago and failed to find the fault. Time is money and we’ve lost over 3 weeks from our short electrofishing season as a result of breakdowns. Hmmm, lets see what tomorrow brings.

One Response to Garnock Weir