We continued with the surveys in the upper Garnock catchment today in advance of a hydro scheme being developed.

We fished the Paduff Burn at two locations and a further site on the Pundeavon. The Paduff (aka Jock’s Burn) is a nice sized burn that has decent stocks of brown trout in the middle reaches. 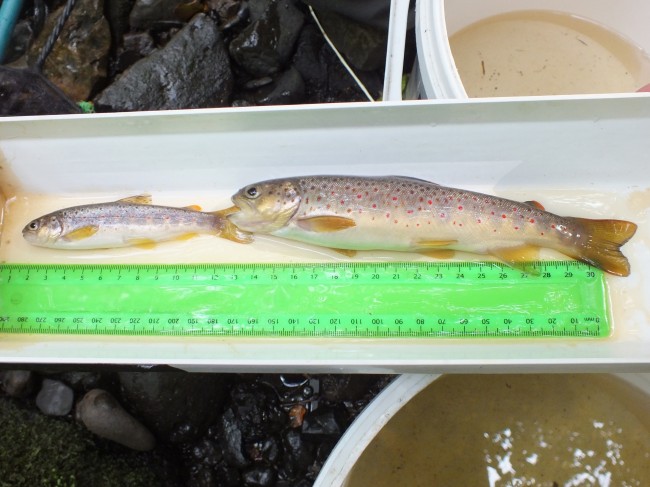 Two lovely trout from the Paduff

Further downstream in Kilbirnie, we picked a site below a foot path. A schoolboy mockingly dismissed your fishing of the burn as we headed to the site and he made his way back to his lessons. I dearly wished I could have had his class present to show what the burn actually contained other than litter and household rubbish.  We recorded 99 trout and 1 salmon fry from what was a relatively small site. I expect that the incredible trout population may be due to sea trout spawning but I could do with some local knowledge to help with this (feel free to give me your thoughts). The salmon fry indicated that migratory species can reach this point. After the survey, Struan walked the burn downstream and noted a weir and several small timber blockages that may hinder salmon migration. 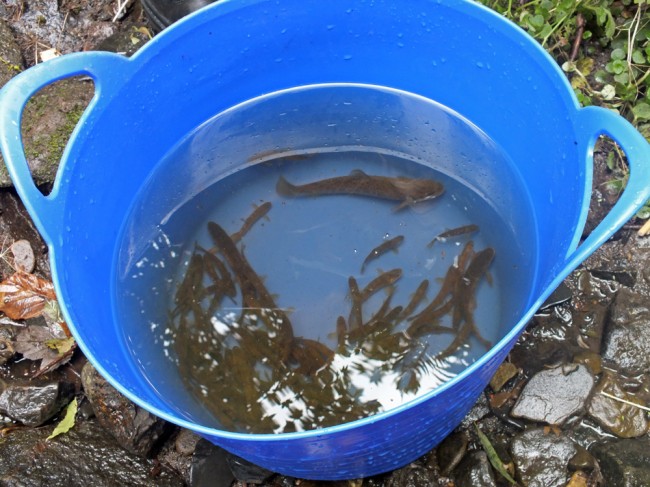 99 trout and 1 salmon in the bucket after the survey. They were all released unharmed. 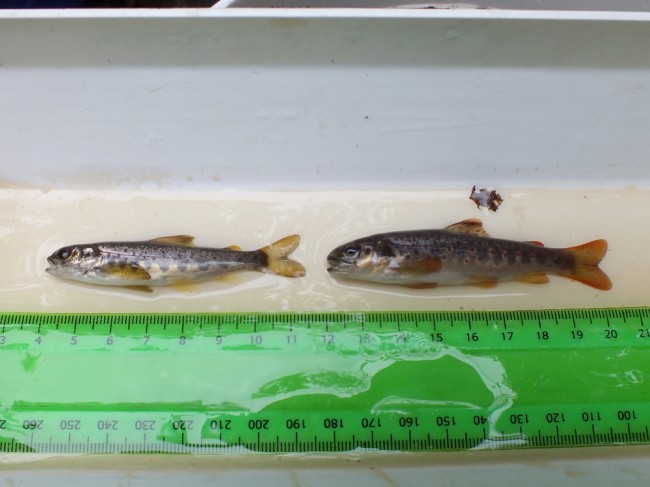 A good comparison of salmon and trout fry from the site. This was the only salmon we found in this survey.

We headed back to the Pundeavon after being rained off last week and fished a site about 350m below the dam. This is a bouldery steep burn in this area and we didn’t expect many fish based on results further downstream and we weren’t surprised. We did find a handful in the deeper pools but there weren’t many but until we analyse the results, we can’t say how good or bad they are (it was better than many sites I could name). We finished the day in a novel way…. undertaking an ‘ice bucket challenge’. 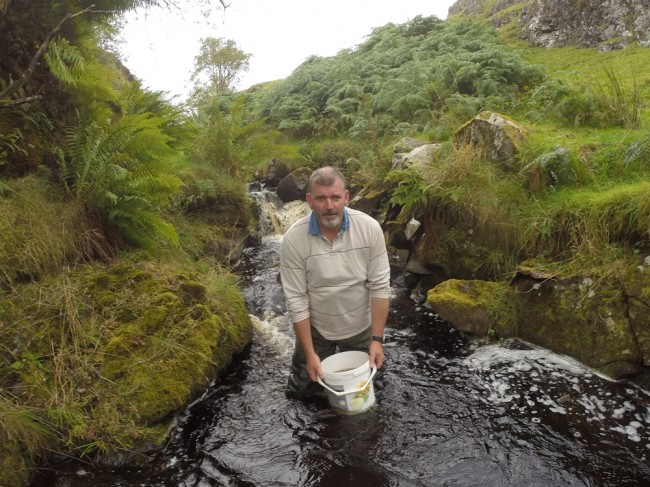 In the burn preparing for an ice bucket challenge that was thrown down by one of our supporters from the USA. Thanks for that!

The water comes straight from the reservoir about 30′ below the surface and it was cold! Challenge done we headed back to the van and Struan though it funny enough to warrant another snap. 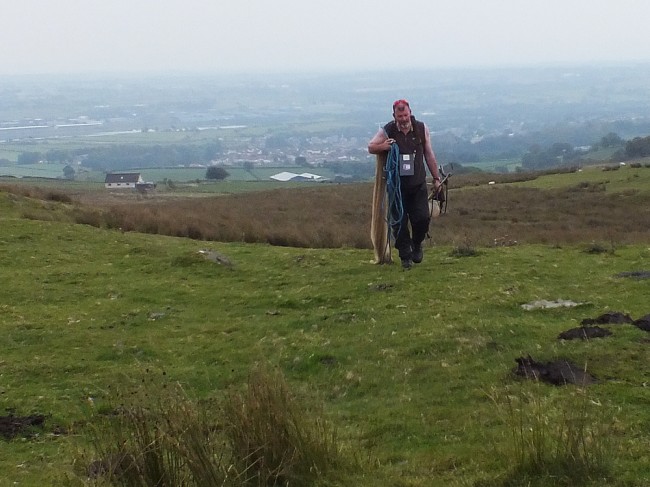 Suitably wet, we headed back to the van. Thanks Struan.