On the way back from the CIRB conference, we dropped in on the Duisk and Stinchar catchments to see if there were any signs of spawning yet. Whilst we didn’t see any activity, we did discover some works that have been performed recently on the Assel that raised our eyebrows more than a wee bit. The Assel as we know is highly mobile and in the lower reaches trees often become undermined and fall into the water. Blockages near Pinmore have been causing erosion over the last couple of seasons and we are working towards a project to address the main issues. We were rather surprised to see that a machine has been used to rebuild bankings recently and more is obviously planned. I contacted SEPA to check if a CAR licence was in place as I was concerned more about the timing of the works than what was being done.

An area where a cattle grid had become blocked and erosion was underway. There was a braided channel on the inside of this bend that carried water in high flows. 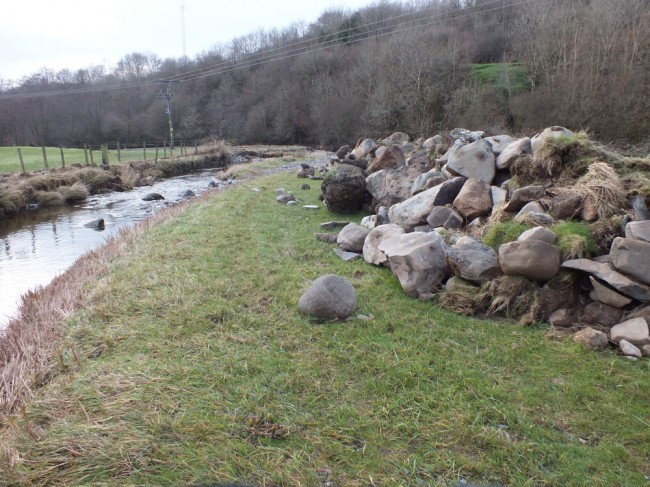 A pile of boulders awaiting placement. Obviously much more work is planned 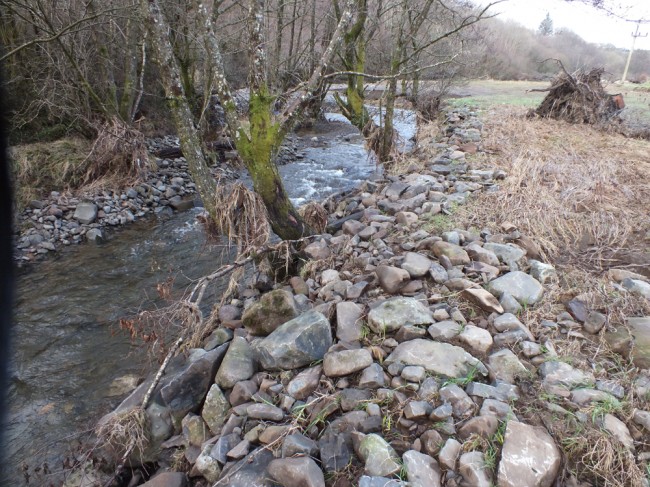 New reinforcement to the riverbank. This looks as though it came from a dyke along the field margin

A licence has been issued and I believe work has been suspended until next year.

We headed upstream looking at various spots but the fish were notably absent at the moment. There is plenty of time yet and I expect they will move in with the next spate or as water temperatures drop.

We reached Tormitchel Quarry and noticed it has changed ownership. The haul road to the rear of the quarry has recently been scraped and the small bund has been pushed over the bank towards the burn. 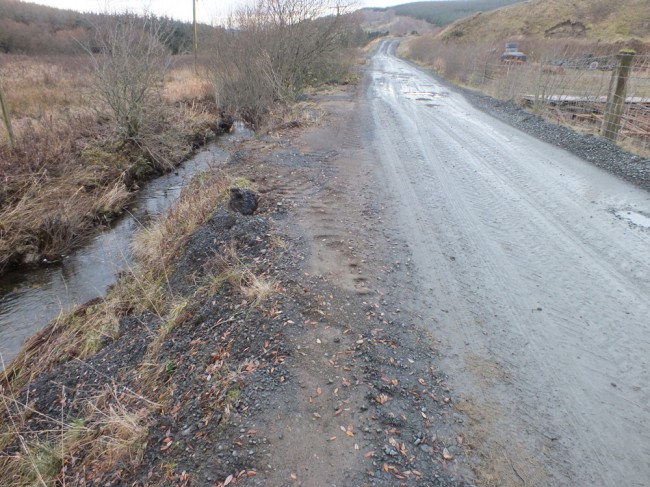 Road scraping and the bund have been pushed over the bank top towards the burn. There is nothing to stop sediment loaded run off reaching the burn unchecked unchecked.

I spoke to the quarry manager about this and raised my concerns. The threat that run off will reach the burn unchecked was my main issue as we have seen very fine sediments entering here before. This can be highly damaging to developing ova. The quarry manager will look into this and other matters we raised and I’m sure we will develop a healthy working relationship.

We made for home as the sun faded before I again headed south to Maybole for the Girvan AGM and DSFB meeting which was as usual a cordial and relaxed event. I updated those gathered on progress of the Wild Fisheries Review before the close of the meeting and headed home.

One Response to Observations on the Assel