Despite speaking to the site agent and foreman when I highlighted the importance of protecting the spawning gravel from fine sediments the last time I visited, I received a message last week that the Kilmarnock Water was once again dirty as a result of works at this site. I dropped in this afternoon to see how things were going and yes progress has been made but once again it appears that discharges from the site were not satisfactory.

An unacceptably dirty discharge from the site. Notice how quickly it spreads across the current 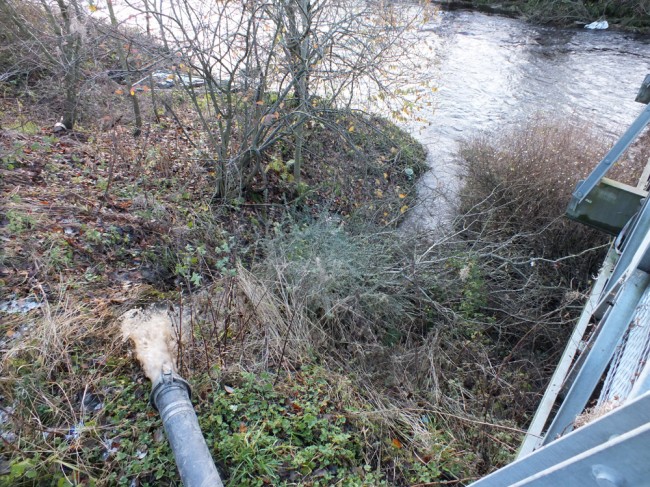 The source of the silt plume

Last weeks pollution was reported to SEPA and I immediately called them today after seeing the latest discharge. I expressed my concerns that salmon were about to spawn and that the site doesn’t appear to have improved its performance. I wasn’t that pleased to hear that the work on this bridge was going ahead over winter and I have to question why such works were approved over spawning time when it is clearly recognised that instream works should be restricted to May to October wherever possible to protect fish and developing embryos.

I hope SEPA take immediate action to ensure that no further silt discharges occur and the contractors remain compliant with their CAR licence obligations. These repeated incidents aren’t acceptable anywhere else so why should they be acceptable here? I’ll keep my eye on the situation when I can and provide updates whenever possible but anyone from the area who sees something that concerns them, please don’t hesitate to contact SEPA and ART. Always ask for an incident number when calling SEPA and ask for a follow up call to update you on what action was taken. 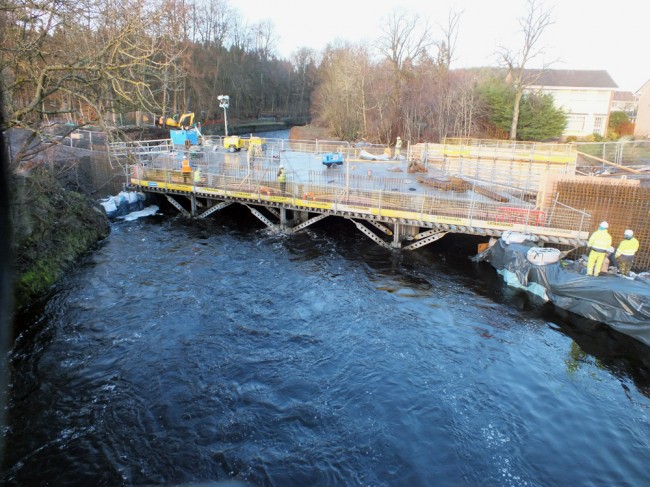 Apart from the silt issues, progress is being made and work to the deck is going on. Eventually when the works are completed, the long term benefits should be great. 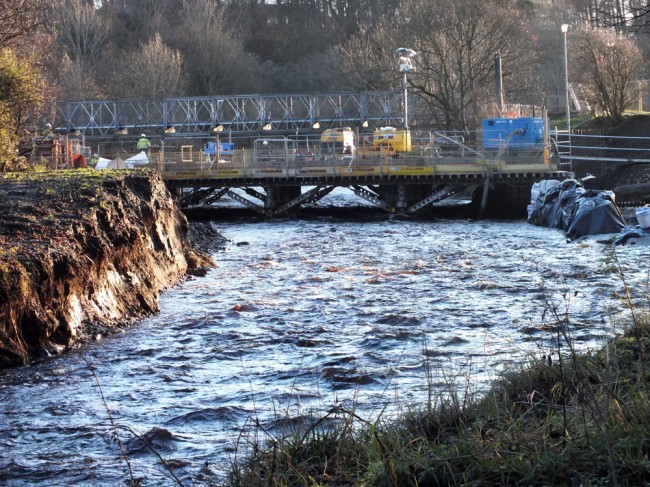 Overall, the benefits from the bridge will be great but that doesn’t excuse the current silt issues. In high water, you can clearly see that there is no barrier for migration anymore.