Stocking? Some of the issues simply explained. Scotland’s Marine Plan

With the lower temperatures in the last few days and a falling water, it no surprise that salmon have started spawning in earnest. I received a report on Monday that a few salmon were spawning in Galston area on the Irvine. Heavy rain on Tuesday and Wednesday undoubtedly put the fish off as all the rivers came into spate but Friday was fairly dry and today the rivers were back down at suitable levels. Air temperature this afternoon in the upper Ayr catchment was around 2ºC and water temperatures couldn’t have far off that but I didn’t have a thermometer with me to check for sure.

I like to walk the dogs on the Ponesk as there’s nowhere for Brewster to disappear off to and no livestock to be concerned about. Each year I check this burn for salmon and spawning following the major remodelling of the burn that took pace to allow mining. Unfortunately restoration of the entire site didn’t happen and isn’t likely to for some time but at least the burn was restored and is beginning to look good.

With snow on the ground I walked to the top of the new channel and a bit beyond but never saw any signs of spawning or fish. I’ll keep my eye on this area for the next week or two. 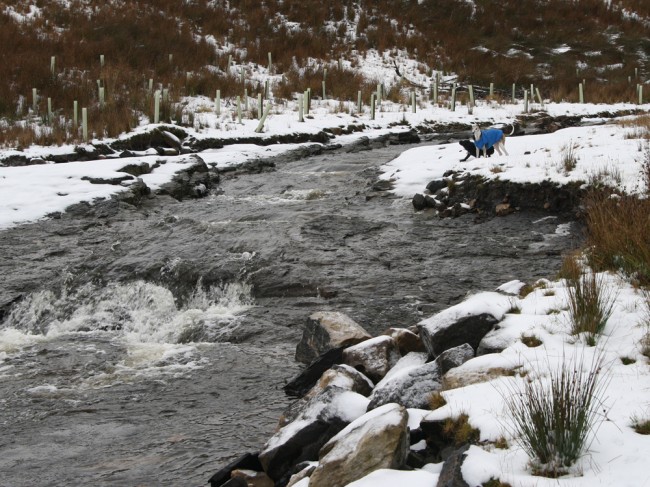 Bob put up a rabbit and had a great wee run before he lost it in the rushes. Brewster was too busy hunting for voles to notice.

The Ponesk ‘Pond’ appears to be stable and the previous high water level can be seen in the margins but levels have dropped back by a couple of metres. I presume the upwells I’ve come across in several places are water from the pond. 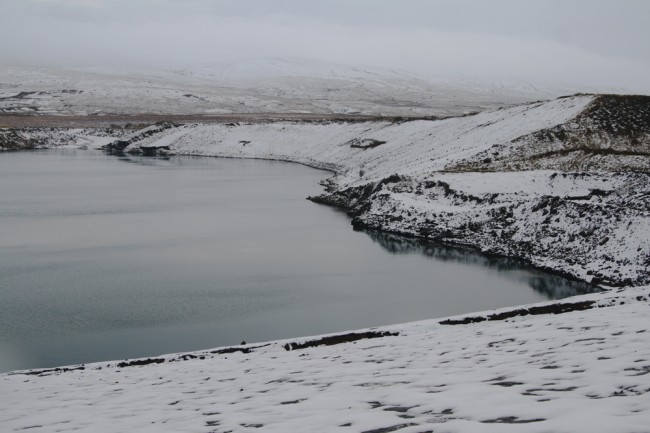 The high tide mark can be seen in the margins.

At Nether Wellwood a few miles downstream, I stopped to check for spawners but again there was no signs of activity yet. The Powharnol ‘Pond’ is full and overtopping down the old burn and meets the Ayr  just upstream of the Bridge. What impact this may have on spawning or eggs survival will be interesting and I’ll be keen to see results from out timed electrofishing site downstream of the bridge next year. This type of mine water is commonly associated with increased heavy metals and this may be detrimental to the fish population. 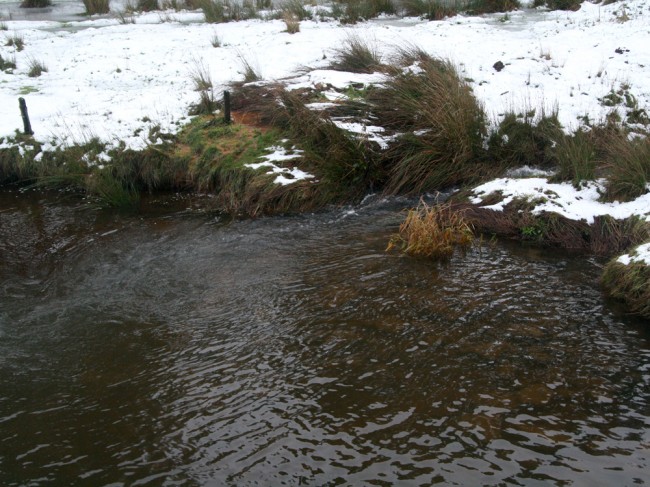 Finally as the light faded I stopped at the bottom of the Whitehaugh were at last I saw a few completed redds. There were still a few salmon hanging about and they may have yet to spawn. If the weather is suitable, I’ll check again tomorrow. 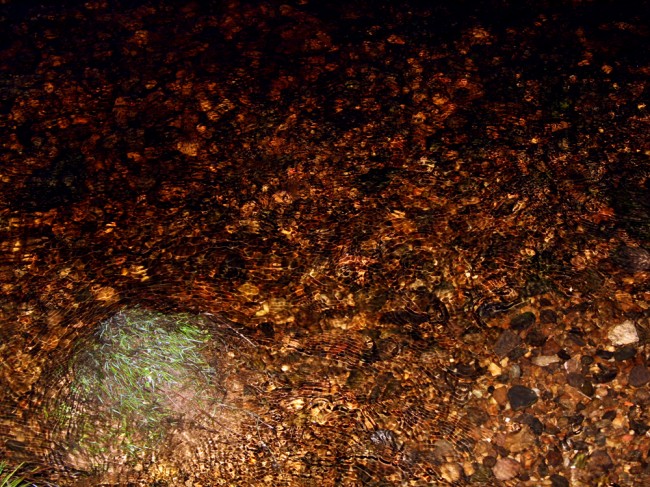 A completed salmon redd on the Whitehaugh. There were several but light had faded so I’ll return soon for a better look.