Following last week’s spate, I headed back to the dam today to see how things had held up following the flood. I didn’t really expect to see any problems but rather surprisingly there were two small issues obvious.

The coarse trash bollards that were installed upstream of the lade intake trash screen have suffered under the pressure of accumulated debris during the spate. These were made from thick steel tube filled with concrete and piled into the river bed. I have to admit I am rather surprised they have failed but I suppose it’s dangerous to underestimate the force of the river in full spate.

The force required to bend these posts must have been incredible. Time for a rethink I expect.

The other failure has been some old concrete washed out from just above Anderson’s. No attempt was made to seal up the old surface and I’d say this was entirely predictable. The missing concrete I suspect is lying in the trough above the weir as I could just see some new material with my polaroids. I’ll check with the GoPro in due course. 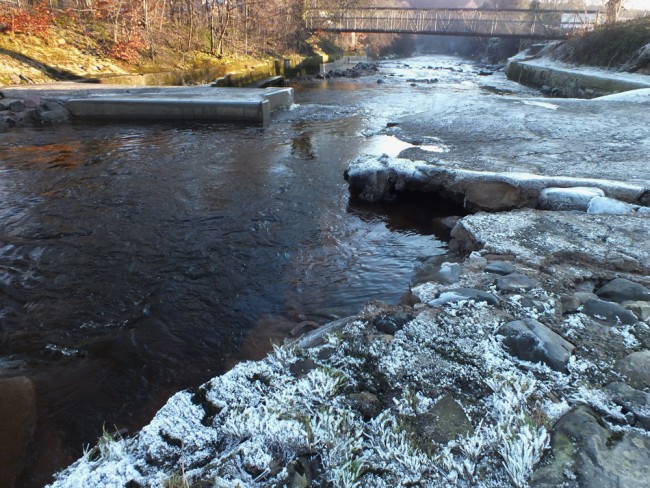 I expect more concrete will disappear with every large spate