Rainfall has kept the river levels up across Ayrshire in recent weeks with spate after spate raising waters near the bank tops and beyond.

The Doon is slightly different to other Ayrshire Rivers due to the artificial levels supplied as compensation flow from Loch Doon Dam. Of course in recent weeks, compensation flows are minuscule compared to natural spate levels however, Scottish Power have had to release excess water from the dam to reduce and prevent dangerously high water levels being reached in the loch.

I was in Galloway today and decided to head to Newton Stewart via Dalmellinton to see how the river looked. Upstream of patna, the river was flowing at the bank top level and there was flooding across hectares of land where it had overtopped in recent times. On the way back to the office I stopped and took a couple of photos. The SEPA hydrograph from this afternoon indicates that the water was dropping when I took the photos at 3pm. 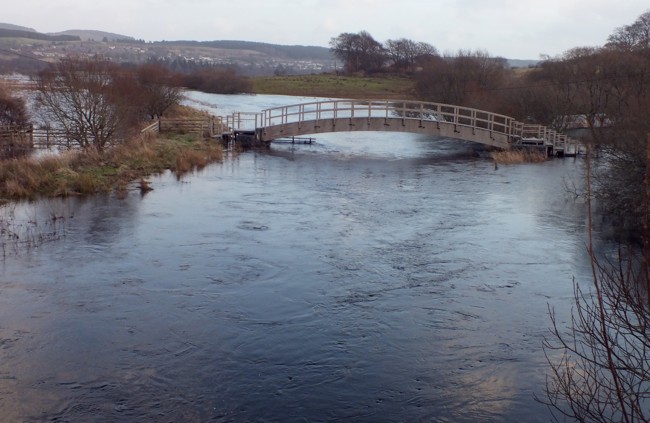 Looking from the road bridge towards Bellsbank across Bogton Loch. The road was flooded with water spilling from the Muck water and the Doon across the carriageway 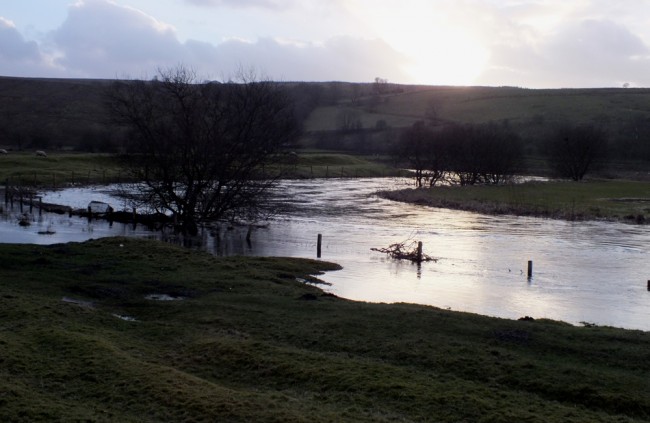 Drumgrange and Keirs Water where they had a good season fishing in 2014 according to their catch returns. Lets hope their fish managed to spawn successfully

The river had peaked earlier today at around 6-7am at 1.65m. The loch itself is still near capacity so I expect there will be continued releases from the dam for the foreseeable future to keep things safe. 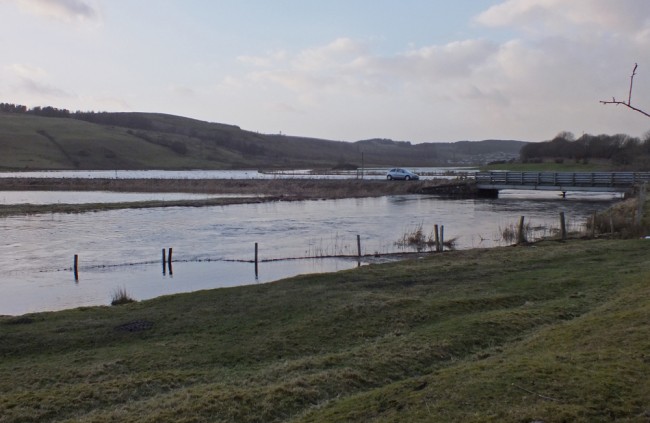 The view towards Patna. The Board has just paid to erect a couple of fences on this floodplain so I hope they are still standing

Last week I was asked what I though the impact of these prolonged high levels may be having on redds in the river. It’s a good point to raise but the Doon doesn’t have huge amounts of highly mobile substrates like the Stinchar or other Scottish rivers do. I expect whilst there may be some damage to redds, it shouldn’t be that significant. Some of the burns that feed the river may have suffered rather more damage but it does depend on water velocities,  composition and stability of the river bed. As the main stem is responsible for the majority of the production on the river, lets hope that juvenile numbers aren’t down next summer but we won’t know until we check with the electro fisher. In the meantime, all we can say is lets hope it stops raining soon.