Things don’t always go as planned and despite our best efforts, we only managed to capture one wee trout to health check this morning when we visited Caaf Reservoir. We hoped that we could catch a few with rod and line rather than having to deploy gill nets but rather predictably we failed in a howling gale and sleet. Obviously to catch trout out of season we obtained a Government licence to allow us to do this. 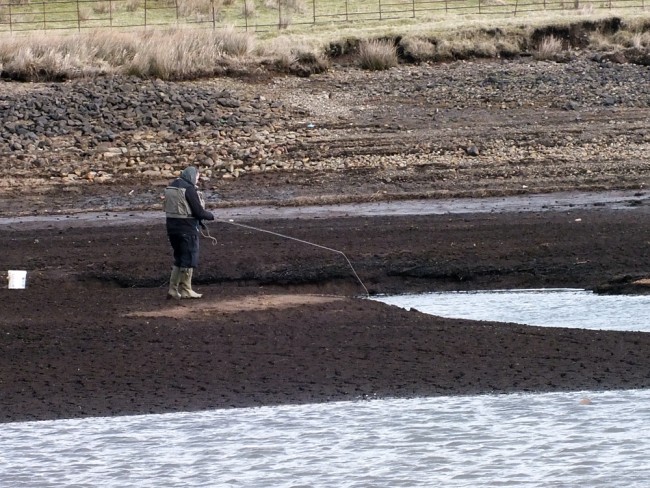 Gordon trying to catch samples at the inlet burn

The good news is that if we can confirm that the trout are healthy, then we have found at least one suitable and willing receiving water nearby and possibly another two that we hope to confirm tomorrow. All going well, we hope to be able to apply for the transport and stocking permissions by tomorrow night. This all depends on the health of the trout so we will revert to plan B and gill net a sample at some point early next week. If there are any concerns after that, the Fish Health Inspectorate will assist to ensure there are no biosecurity risks to receiving waters. 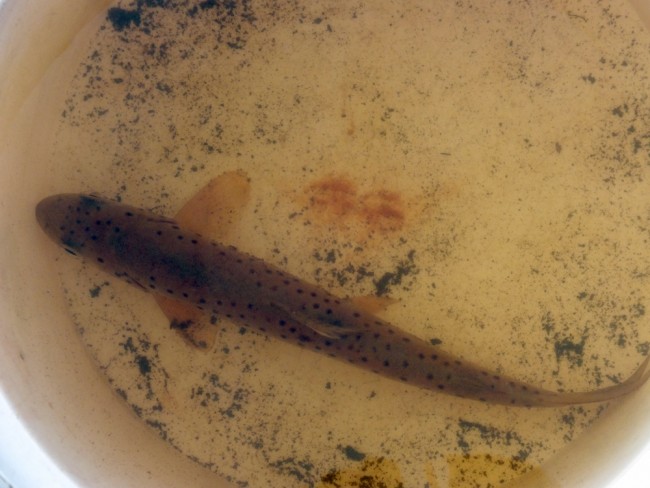 The trout we caught today was a 3 year old 8.5″ specimen. It was a lovely wee fish typical of what we were told we would find (but much younger). We opened it up looking for parasites as we had been informed that the trout were very small due to worms. Internally, there were no obvious signs of parasites. The gut contained a bolus of partially digested food although this was beyond identification. There wasn’t much in the alimentary canal so it didn’t appear to have eaten much recently which could be due to a shortage of food or more likely typical of slow metabolism due to cold water temperatures in winter. The flesh was pale coloured. 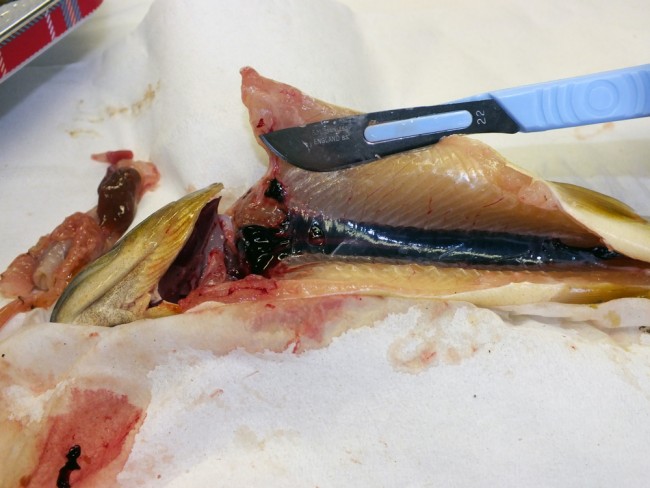 The wee trout opened up to check for signs of worms. Externally the fish was perfect. Internally there was no evidence to suggest anything but a healthy wee trout. Lets hope the next samples are the same.

We will post more information on progress with the fish rescue as and when we can.