The Trust staff don’t really take fixed holidays unless someone desperately wants them, (Christmas and New year being the exception), so this morning it was work as usual. A new member of staff joined the team today so it was nice to be able to welcome Muir Glendinning to ART and go through the normal indiction process without the phones constantly ringing. Muir comes from East Kilbride and has just finished working for the Environment Agency in Cumbria for the last couple of years.

With the sun shining, I thought that the best introduction to our catchments would be a whistle stop tour to show Muir some of the areas we intend to focus on this summer. We headed up the River Doon to the muck Water and then Loch Doon Dam and the many burns and lanes that make up over a third of the Doon catchment area. The loch was full and we noticed many anglers camped along the road side making the most of the dry weather at last. We will soon be installing smolt curtains and a tag reader in the dam to monitor smolt movements through the ladder. Further up the loch we looked at Gala, Carrick and the Whitespout Lanes and the Garple Water. Heading along the forest drive we stopped first at Loch Gower and then at Loch Riecawr which was overtopping. I have to state my disgust at the amount of litter and waste discarded at Loch Gower. Obviously a family had been there yesterday rolling Easter eggs, had a barbecue and a few drinks and presumably a nice day. What kind of example do parents set their children when they just leave their rubbish behind?  If you come all the way our to the Countryside to enjoy it’s beauty and splendour, then at least leave it like you found it! Rant over but I’m disgusted to say the least! 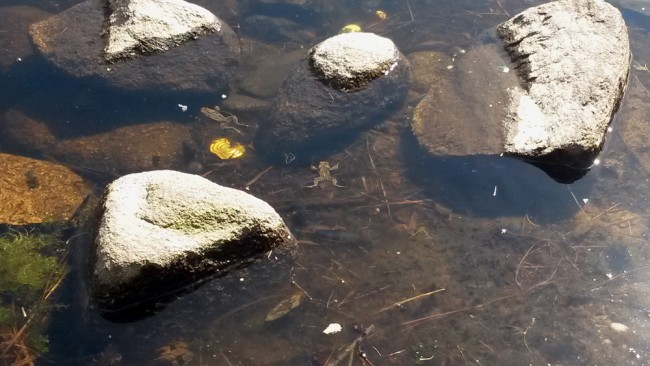 Loch Gower was full of toads breeding amongst all the litter.

The Galloway Hills and the Merrick looked great in the sun with blue sky overhead. 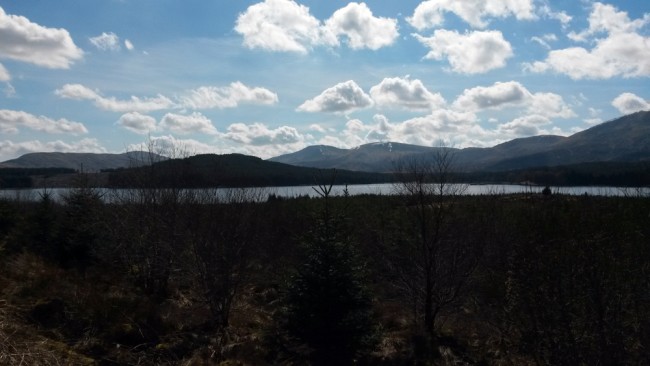 The Galloway behind Loch Riecawr.

We continued along the forest drive, briefly passing Lochs Bradan and Skelloch in the upper Girvan catchment before we reached Stinchar Bridge. We turned left and continued alongside the Water of Minnoch a short distance before turning off and crossing back into the upper Stinchar catchment. The view down the Corn Roy Burn to the Balloch Burn was spectacular. I was cursing myself for forgetting to put in a decent camera this morning but the phone seems to have coped pretty well considering its limitations. 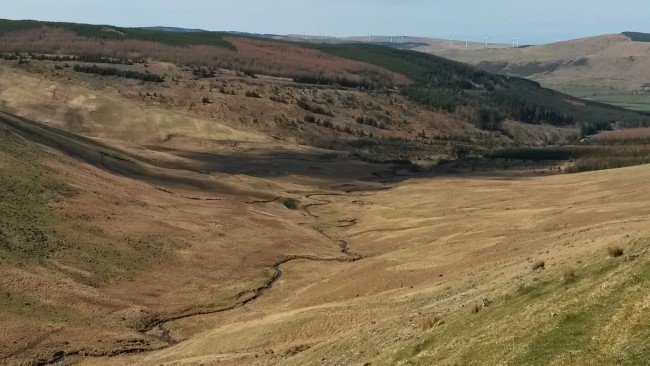 A trip along the upper Stinchar to Barr showed Muir some excellent spawning areas before we cut across heading north to the middle Girvan catchment. We continue upstream to Kilkerran where we came across two separate pollution points. One was a house where stable manure was being tipped over the banking into the Ladyburn, an excellent trout spawning burn, the other was a farm silage discharge running across the surface and into a roadside ditch before it hits the main Girvan. 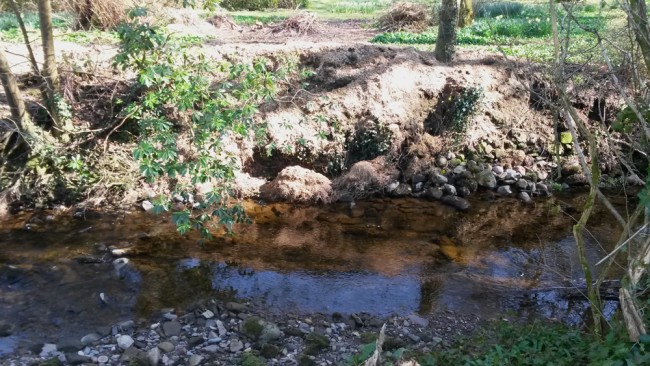 Thoughtless disposal of stable waste. This should be easily addressed. 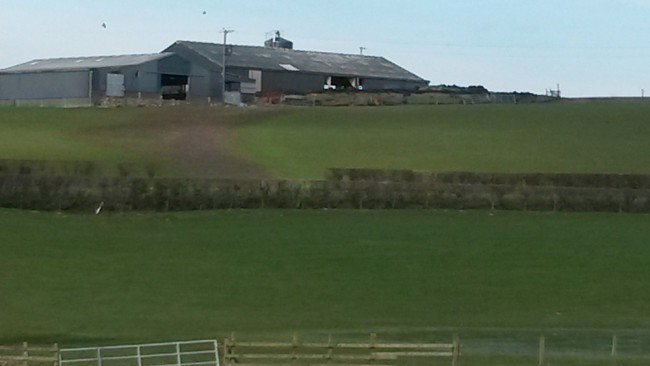 Silage effluent running overland before reaching a watercourse. This will be addresses asap following a quick chat with the farmer. 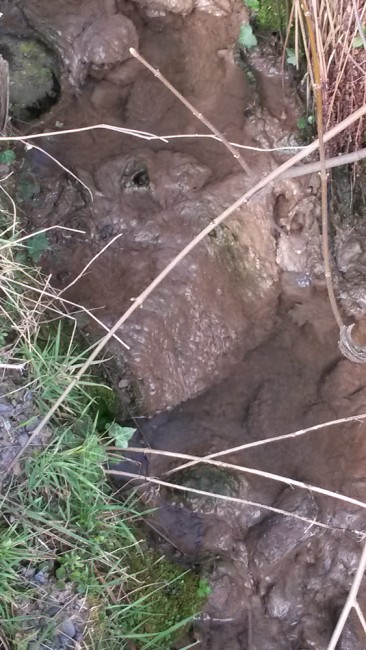 The impact of the silage effluent on the roadside ditch. It’s not acceptable and is highly damaging to water quality and ecology.

We spoke to the farmer who was aware of the problem and will address it as a matter of urgency as soon as lambing is over. I’ll speak to the stables about their issues as soon as possible. If we don’t see improvements at these two problem areas very quickly, I will pass them to SEPA for their attention.

I think Muir now has a better understanding of our rivers in South Ayrshire and tomorrow we will take a trip around the Ayr, Irvine, Garnock and Annick catchments to let him see them. We have a busy week ahead making final preparations for the Caaf Reservoir rescue and many other things so after tomorrow, Muir’s gentle introduction to the Trust will be over and it will be business as usual.