We have been working with the Doon DSFB to deliver fencing on burns and areas most in need of improvement. Essentially this is a partnership approach with SEPA included as part of the project. Delivering improvements for fish, habitat and water quality relies on identifying areas most enriched and impacted by livestock access and run off and addressing these issues using the most appropriate methods available. Erosion, enrichment, habitat destruction are all responsible for limiting juvenile output and survival and addressing these issues should through time, improve water quality and reduce silt entering the watercourses within the catchment. 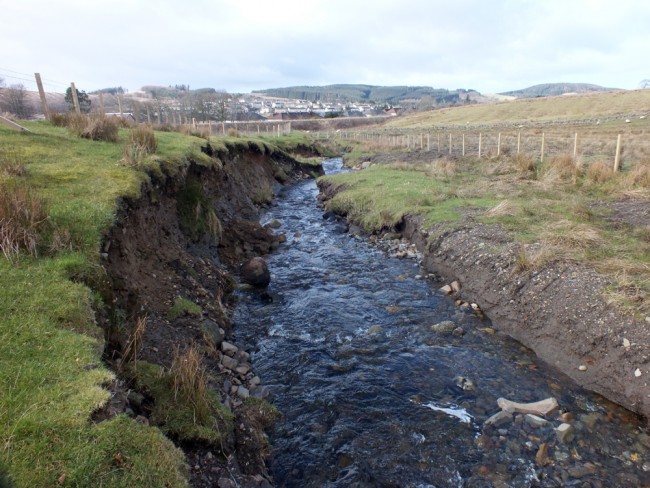 Through electrofishing surveys over the years, we have been able to identify those areas where juvenile recruitment is failing. After initial approached to almost every farm within the catchment, we have had moderate uptake of the Doon Boards offer of financial assistance with the cost of fencing. Difficulties over a lack of clarity and the future priorities of SRDP and concerns about farm payments has made this a difficult ‘sell’ in some cases and impossible in others (at the moment). Coupled with funding an outlay that perhaps hasn’t been budgeted for added to the difficulty. SEPA has contacted all landowners that they require to improve farm practices to encourage them to take up the Boards offer and I suspect the new round of farm visits that are imminent may lead to our phone ringing this summer. Others have outright refused to fence margins despite repeated approaches and it will take the regulator  to put pressure on for changes in attitude to come. 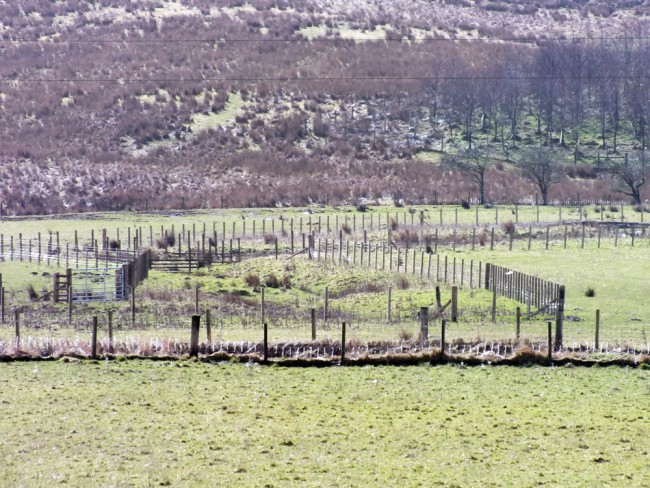 Wide buffers on the Meikleholm Burn created by double fencing. Tress are to be planted here to help defend against climate change by cooling the water. Additional benefits from woody debris and leaf litters should benefit invertebrates and in turn fish.

That said, we have several farms on board and are working through a list of those willing to fence their margins just as fast as our fencer can go. The Keirs Burn was partially fenced and is now completely secure. Meikleholm Burn was heavily over grazed and eroding and is now fenced on both banks and things should settle down in the next few years. Salmon spawn in this burn and hopefully numbers will increase. Drumgraange Burn and Boreland Burn further downstream have also had significant fencing installed and at Boreland, more is to be completed shortly. Holms farm at Dalrymple will soon have fencing along some of their water margins and another fencer is just waiting on Board approval before he starts. 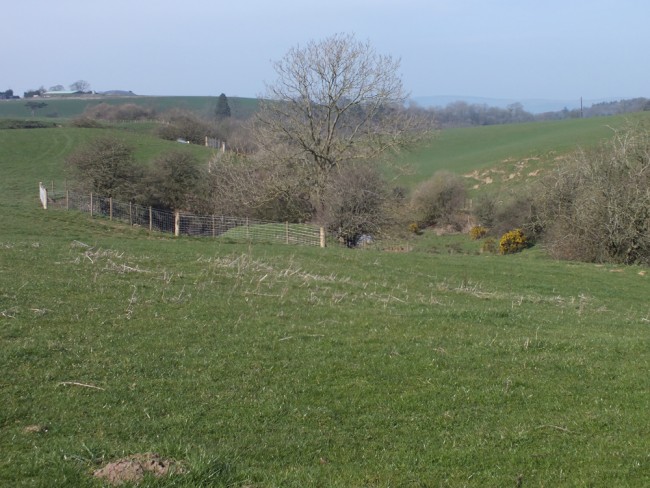 A huge area has been put out of production at Boreland Farm. This is perhaps the largest and most difficult fencing contracts secured. A large area including eroding bankings and wetland has been protected and should benefit not just fish and water quality but also nesting birds and other wildlife.

Again a view of Boreland Farm where the contractor’s tracked post hammer can be seen. One of the difficulties we face when fencing smaller burns with difficult slopes can be finding a fencer with the right equipment. A conventional tractor mounted post driver just wouldn’t be suitable for many of the smaller burns we are working on.

Culroy Burn is a major disappointment for fish stocks and although water quality appears to be favourable, numbers of trout and salmon parr has reduced steadily in recent years. Two areas in particular suffer from severe erosion driven by livestock access. Other problems undoubtedly exist and finding them will be a priority for the Trust this year if we can. Addressing both these areas isn’t currently possible as one landowner in particular isn’t willing to invest in fencing. The other however is agreeable but has so many margins to fence that he is unable to do them all. His situation is compounded by not being in any farm grants schemes. Additionally, fencing isn’t going to solve all the problems on this farm and we are currently investigating engineering techniques that will be acceptable to SEPA. 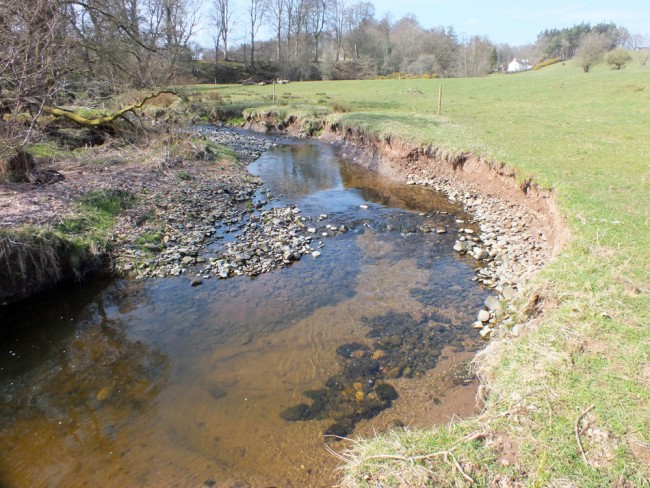 An area of rapid erosion that leads to silt downstream. Fencing alone wouldn’t solve this and we hope to use a combination of green and tradition engineering and fencing to improve this situation.

Further fencing is planned elsewhere in the catchment and hopefully by the end of the summer, many more kilometres will be completed.