A very dirty spate Doon DSFB Board Meeting and AGM

Following our visit to the Culroy last week when we never even saw a minnow which I thought unusual, we briefly headed there today armed with electrofishing equipment to  check that there hadn’t been a disaster overwinter. Muir, our new biologist came along and we quickly fished a very small pool and run upstream of all our sites. We did extract 5 fish which was a result but perhaps could have been better but encouragingly, there was one salmon smolt, a nice sized trout smolt too and a lovely big brownie near a pound in weight. 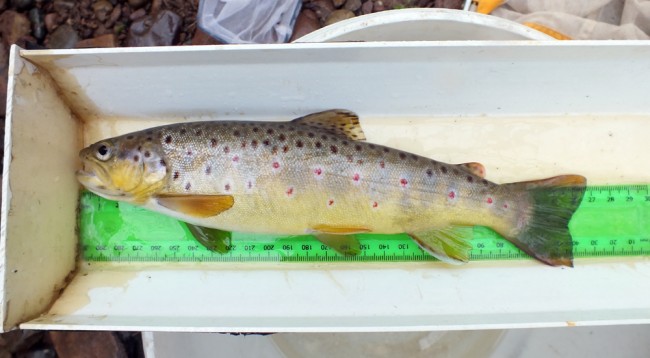 A cracking brownie of just under 1 lb in weight,

That was enough to prove that the burn hadn’t suffered a catastrophic pollution incident but we had a quick look at invertebrates when we were there. 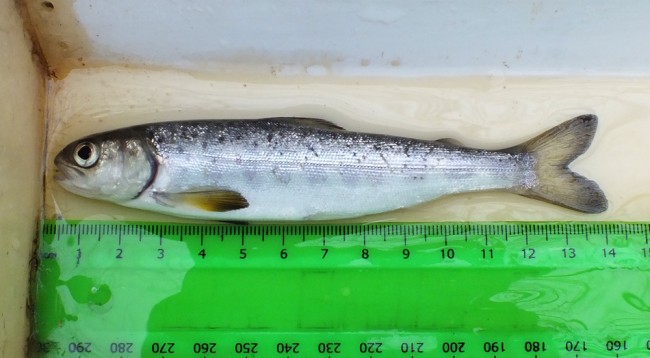 A lovely wee salmon smolt about ready to head on the trip of a lifetime. Lets hope he makes it there and back. We need every single one these days. 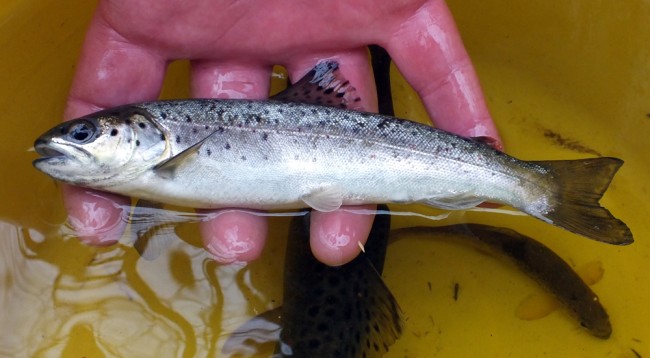 A nice trout smolt that may be back to spawn next winter and a few more beyond that too.

Invertebrates are long term indicators of water quality and don’t tend to react quickly to pollution unless severe. If we found a healthy mix, then that should indicate that the burn is largely pollution free at the point of sampling and thankfully it appeared to be. The sample was abundant with a good number of high scoring species. We didn’t score it but I’d guess it was A1 or 2 using our scoring system. 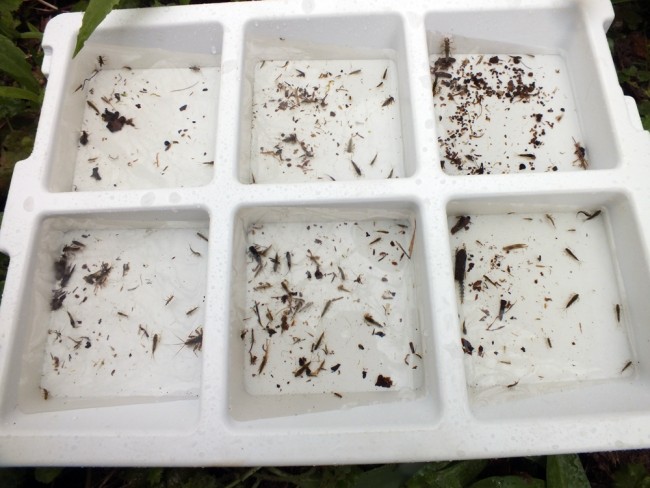