Following up on the previous years control of non native invasive species, ART managed to secure a limited amount of funding to allow us to control Giant hogweed in Ayrshire. With the plants not growing quickly, our contractors have started spraying this plant on the River Ayr under licence. 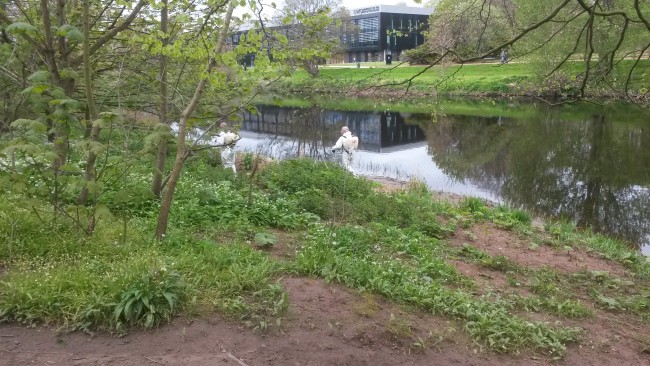 Whilst working at Holmston this morning, one of the contractors noticed a small trout dying in the margins and called the Trust. They were concerned that the pollution upstream on the Glaisnock may have reached the lower river but I assured them this was unlikely to be related. The trout had a small patch of necrosis on the lower jaw and gills and this may have been as a result of injury or some other influence. It’s impossible to say what caused this and as there was only one fish affected, it was nothing to worry about.

Standing at the water’s edge, I couldn’t help but notice the tremendous amount of grannoms that were drifting and flying downstream. There is usually a really good hatch of these flies at this time of year and the trout love them. Anyone who doubt’s that there are masses of trout in the lower River Ayr should take a trip there when the hatch is on. The water was bubbling with trout of all sizes rising to take flies from the surface. With so many trout in the pools I can’t see any benefit in stocking, perhaps only harm from increased competition. Perhaps stockies are easier to catch and on average larger but rivers aren’t meant to be an easy option and this is where stillwaters general meet the demand. 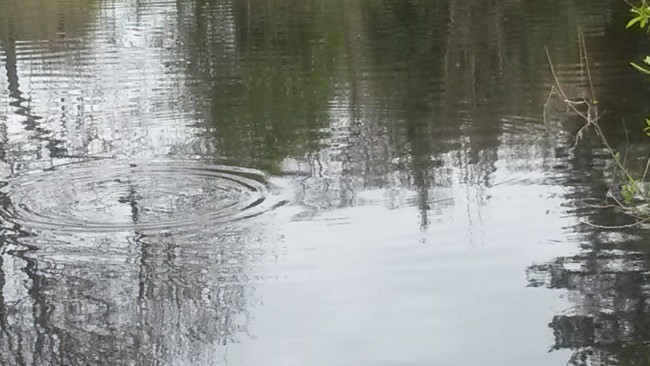 This trout rose time and again sipping flies from the surface. 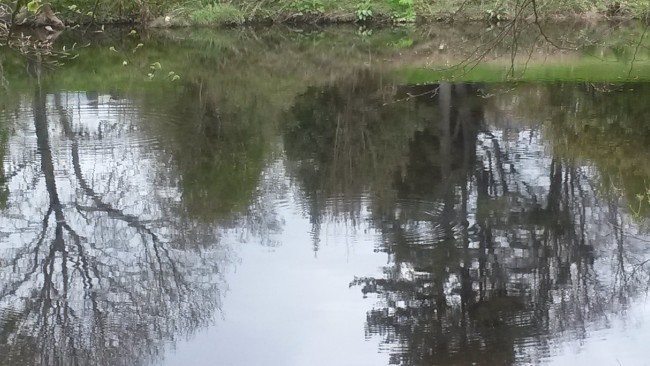 two at a time